The adventure begins. We had a lie in and a leisurely breakfast, finished the packing and took a Taxi to Heathrow at 11am. 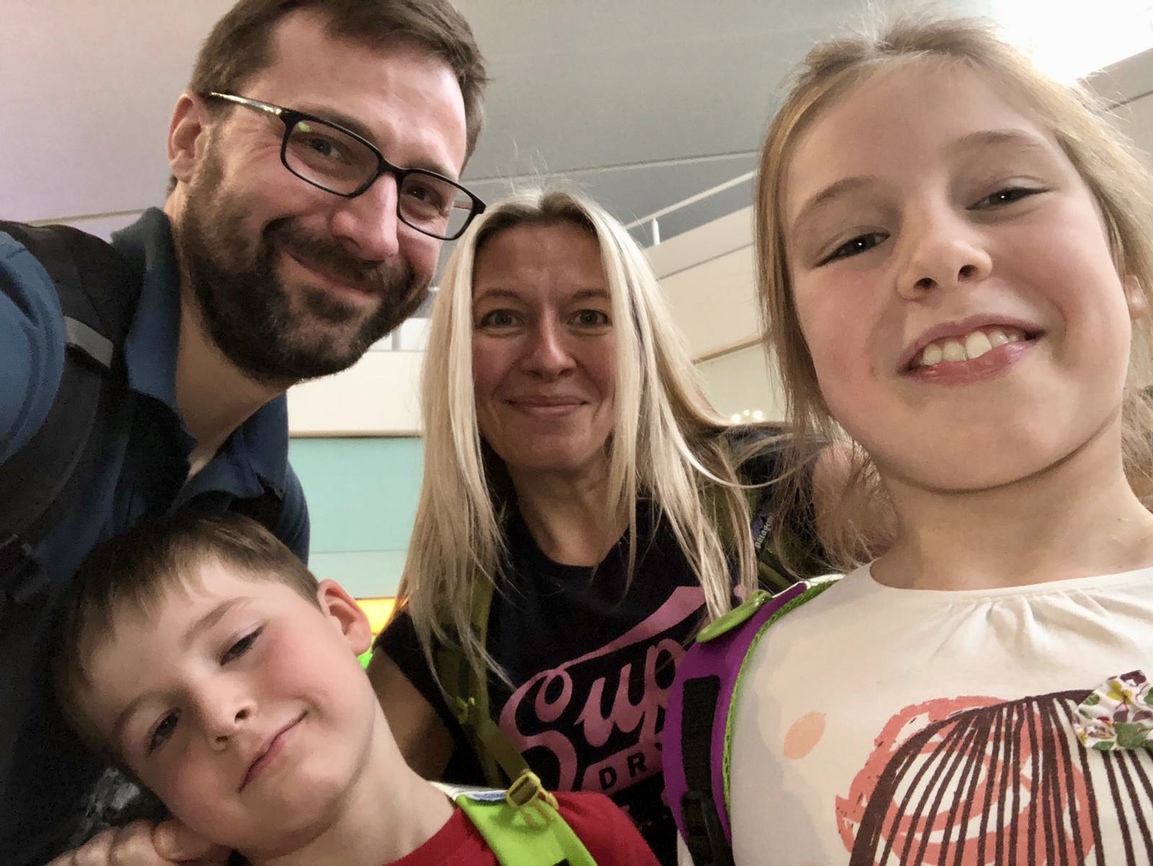 We had a delicious lunch at Heston’s The Perfectionist Cafe, a glass of champagne to celebrate and off to board the plane. 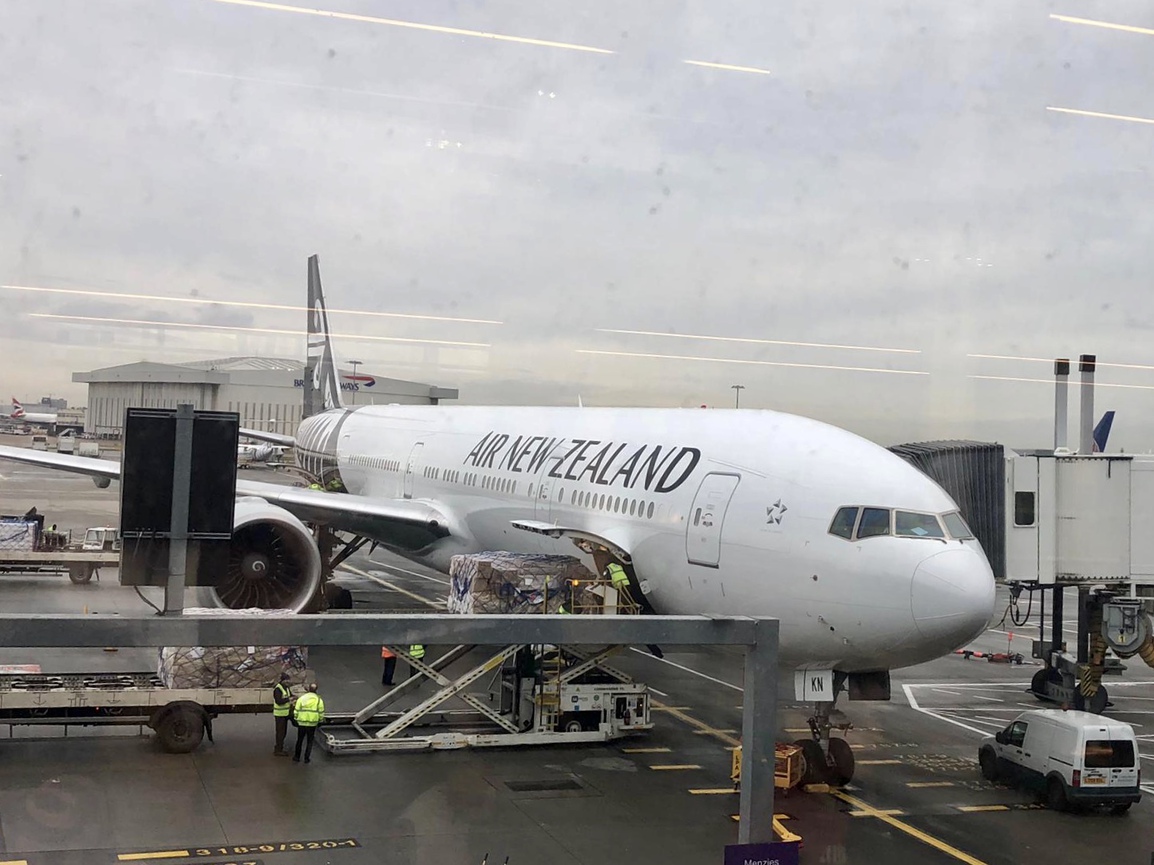 We flew Air New Zealand Economy to Auckland via LA. The first leg of the flight was 14 hours to LA and seemed to pass by quickly. A movie and food but mostly trying to sleep. I bought some Bose noise cancelling headphones at Heathrow duty free which made an amazing difference to comfort levels on a long haul flight. 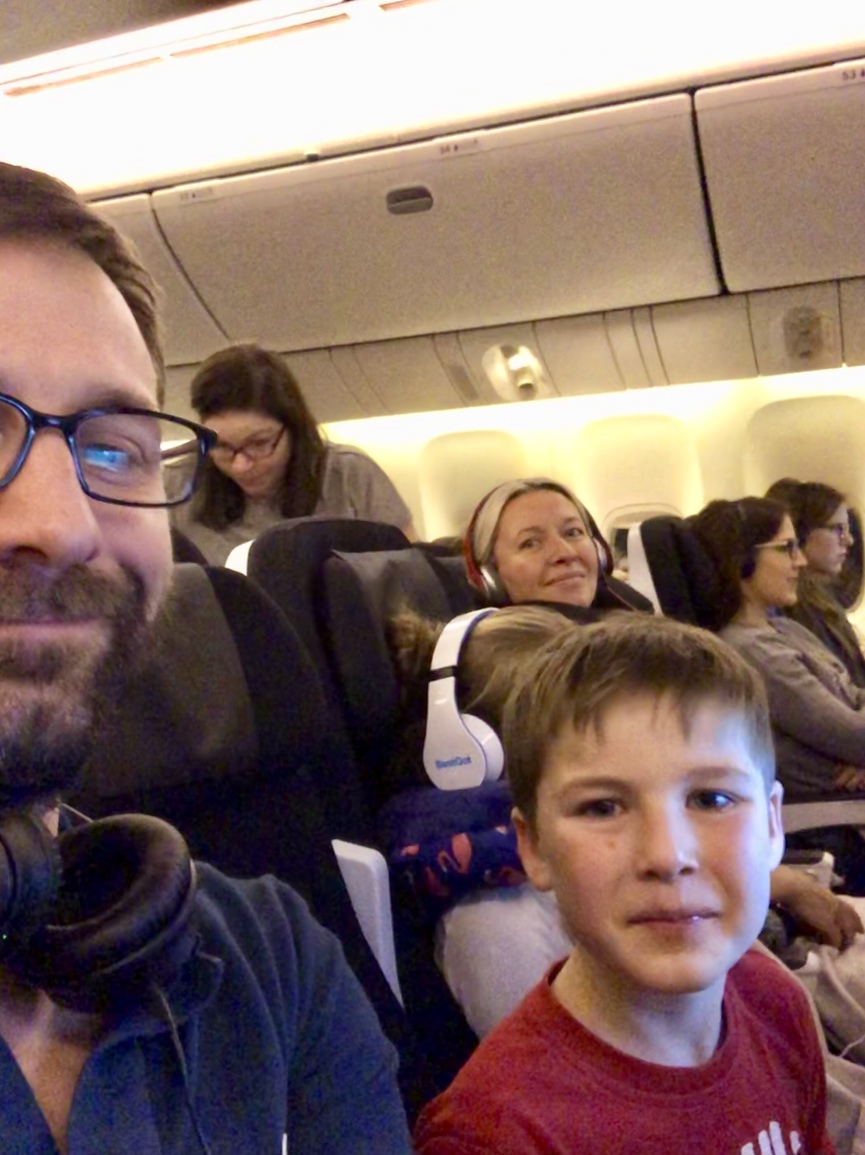 In LA everyone had to get off and we were treated to a 3 hour immigration queue - even though the plane was flying onto Auckland. LA had the busiest and most disorganised immigration we’ve ever had the pleasure of passing through. It consisted of one monster queue which snaked back and forth around the whole immigration hall with everyone mixed together and more than half of the automatic machines out of action. The signs were all ignored and no one, including the staff knew what was going on. Once we’d walked quite literally a mile and navigated the immigrations queue we exited arrivals and were spat out into ground-side departures to then queue back through security! - The US transit immigration system really is something to be avoided. We arrived back at the gate just as the flight was boarding without time to do anything else. Our passage through however turned out to be relatively smooth compared to others as we then spent an hour sitting on the tarmac waiting for the remaining passengers to get back on the flight. On the positive side though we did get to stretch our legs, which was welcome.

We finally got going again on the next leg and another 14 hours in the air. Everything went smoothly as we had the same seats again and we’d already figured out the best sleeping arrangements. The kids lay down over 3 seats, I sat upright and Diana slept on the floor, which apparently was quite comfortable. Plane food, a few movies and breakfast later we arrived in Auckland close to 7am and welcomed by an immigration queue with about 10 people in it! 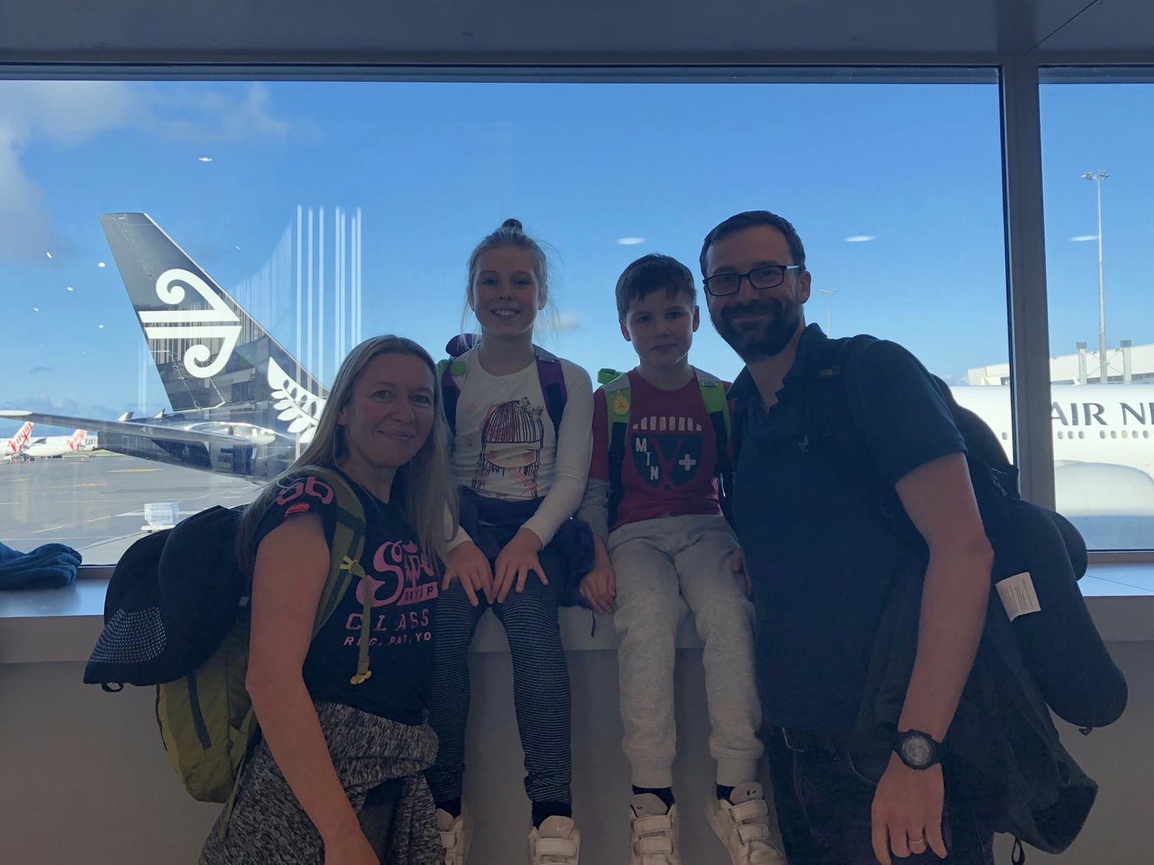 After declaring our hiking boots at customs which resulted in them being cleaned to remove anything that could potentially contaminate, we took an Uber into the city centre with a very friendly driver who was great with the kids and told us about the city.

We arrived at the apartment hotel around 9am and as we’d been anticipating, our room wasn’t ready yet and there wasn’t a possibility of an early check in. We left our luggage in the luggage room, quickly changed and freshened up in the bathroom and went out to explore.

We took a nice walk down hill to the harbour, followed by drinks on the waterfront overlooking the marina.

After drinks it was time to set off for lunch at the Orbit 360° restaurant at the Sky tower. We arrived for an early lunch at 11:30am and started with taking in a panoramic view of the city from the viewing platform. The lift and viewing platform had glass plates to look straight down, so we all had fun gingerly walking over them while looking down. Lunch was a relaxed affair slowing spinning around looking out at the city. A few minutes after sitting down we watched someone do a controlled jump from the platform right outside the window, which looked terrifying and exciting at the same time. We decided straight after lunch probably wasn’t a good idea. 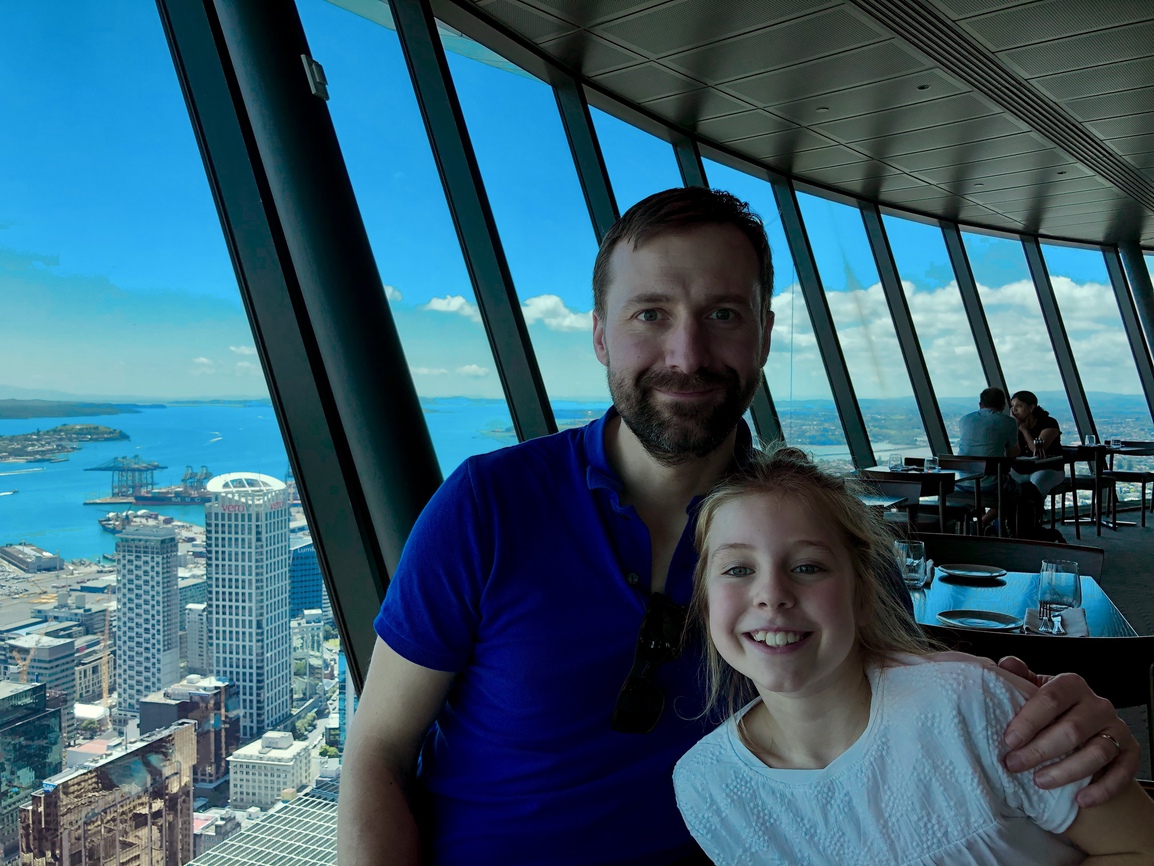 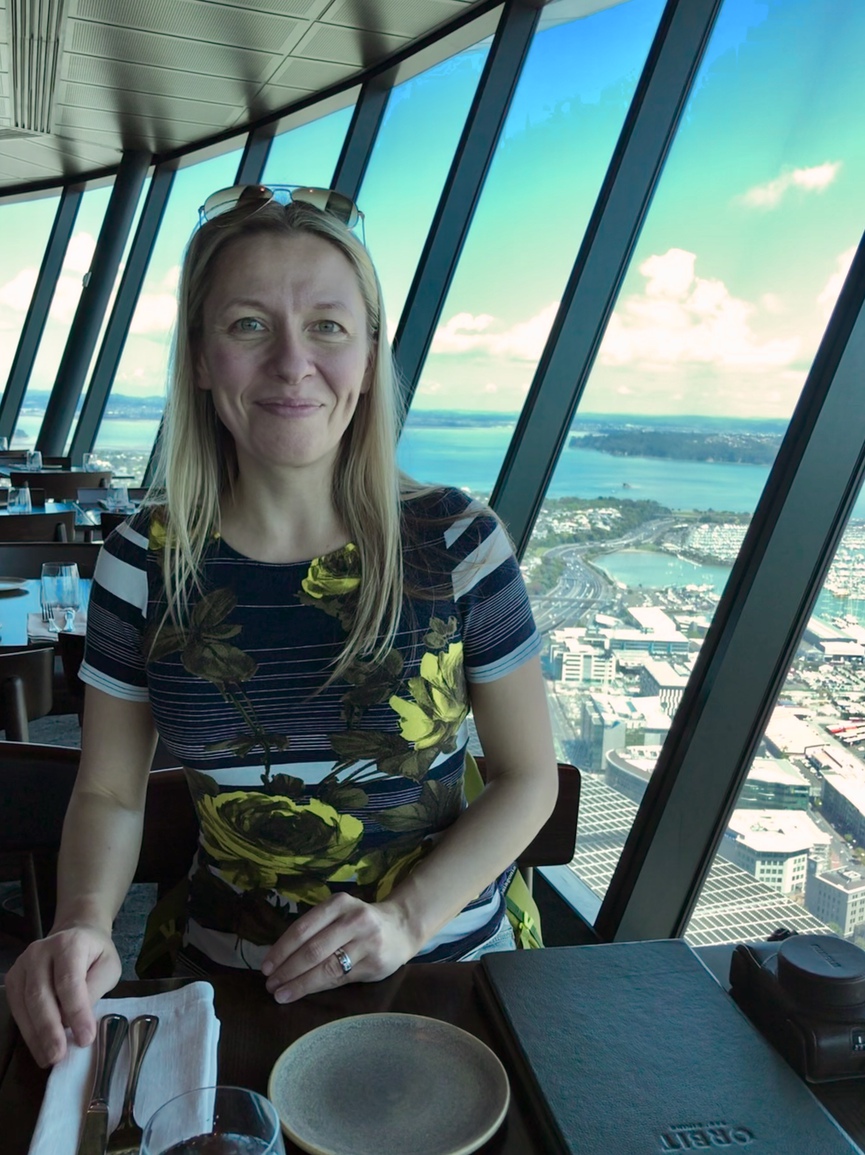 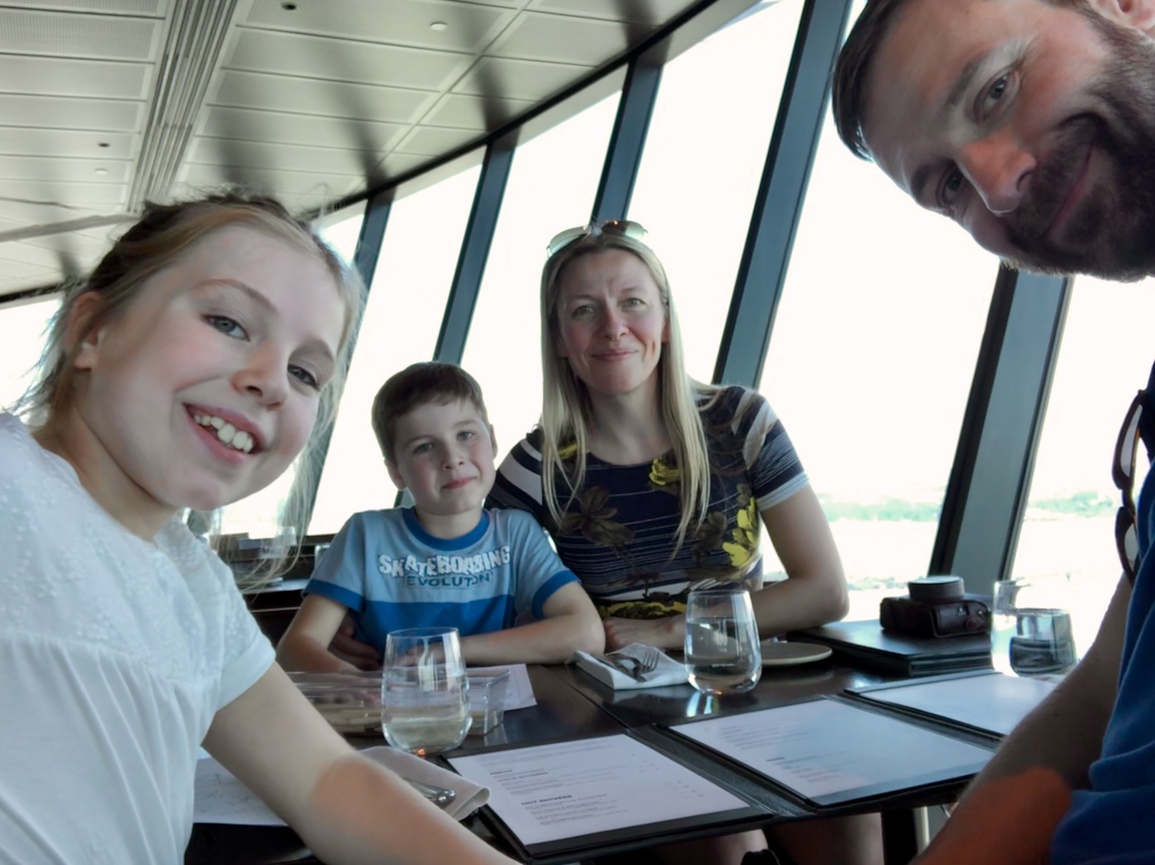 After lunch we walked back to the apartment to check in, shower and to take a nap.

I woke up around 6pm and while the family slept I went for a walk around the Sky Tower and central shopping area of Queen street. Cherries seem popular this time of year so bought some from the “Christmas” market next to the Sky Tower. 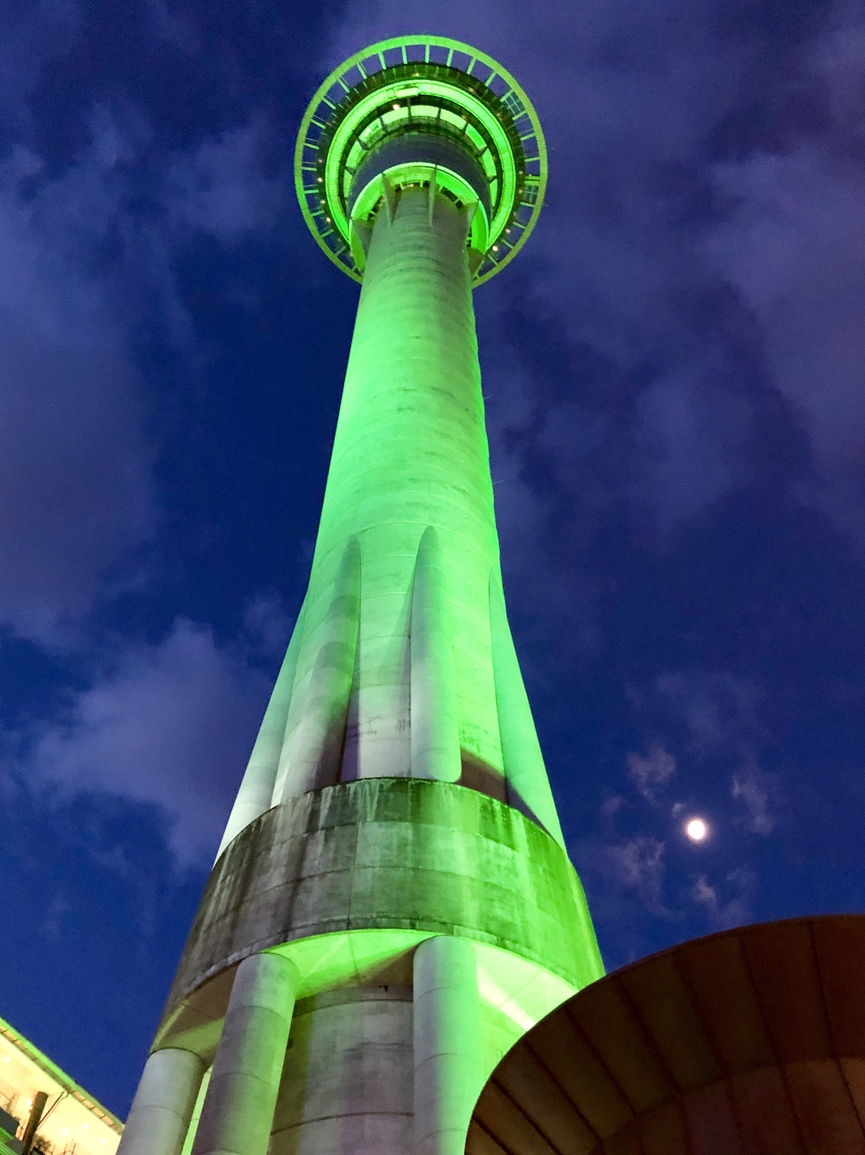 A long first “day” and we’re all excited to get exploring after a good nights sleep.