We woke up early at 6am, had a quick breakfast, packed, checked out and took an Uber to Wilderness Motorhomes near the airport to pick up the Camper. 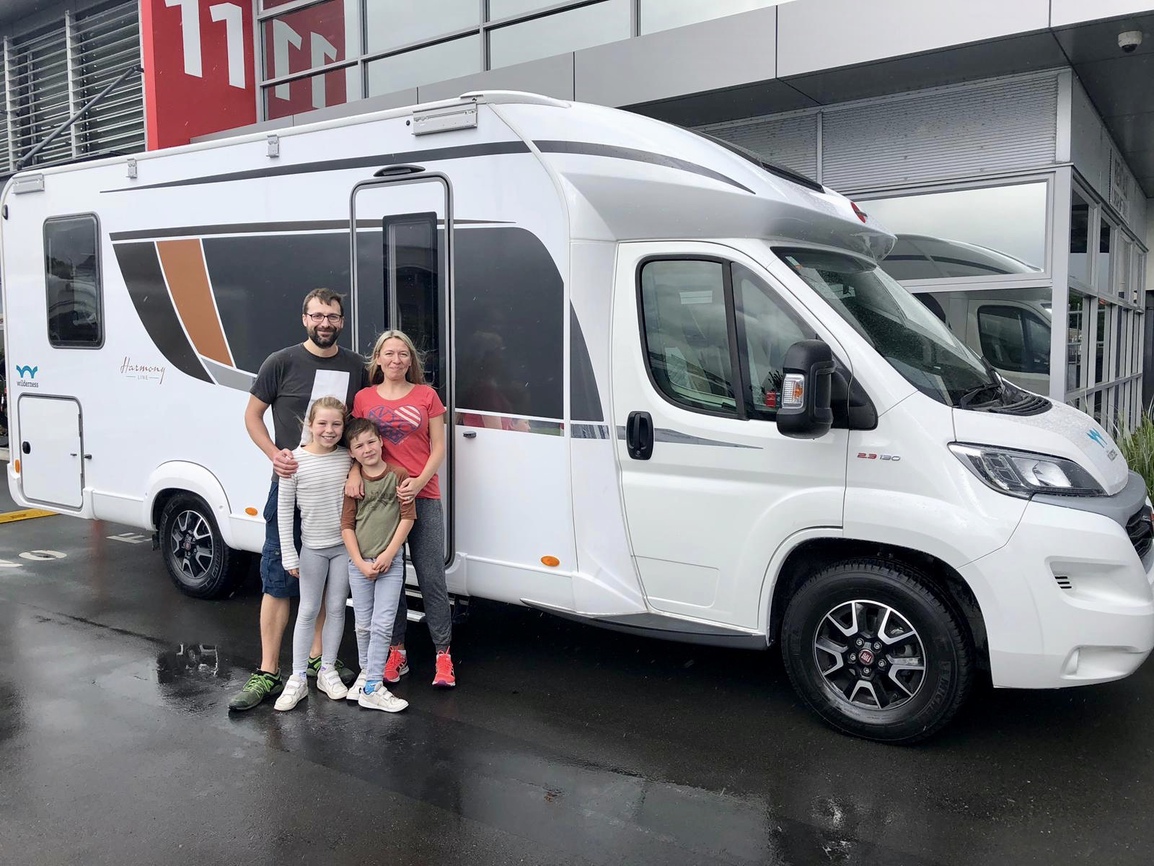 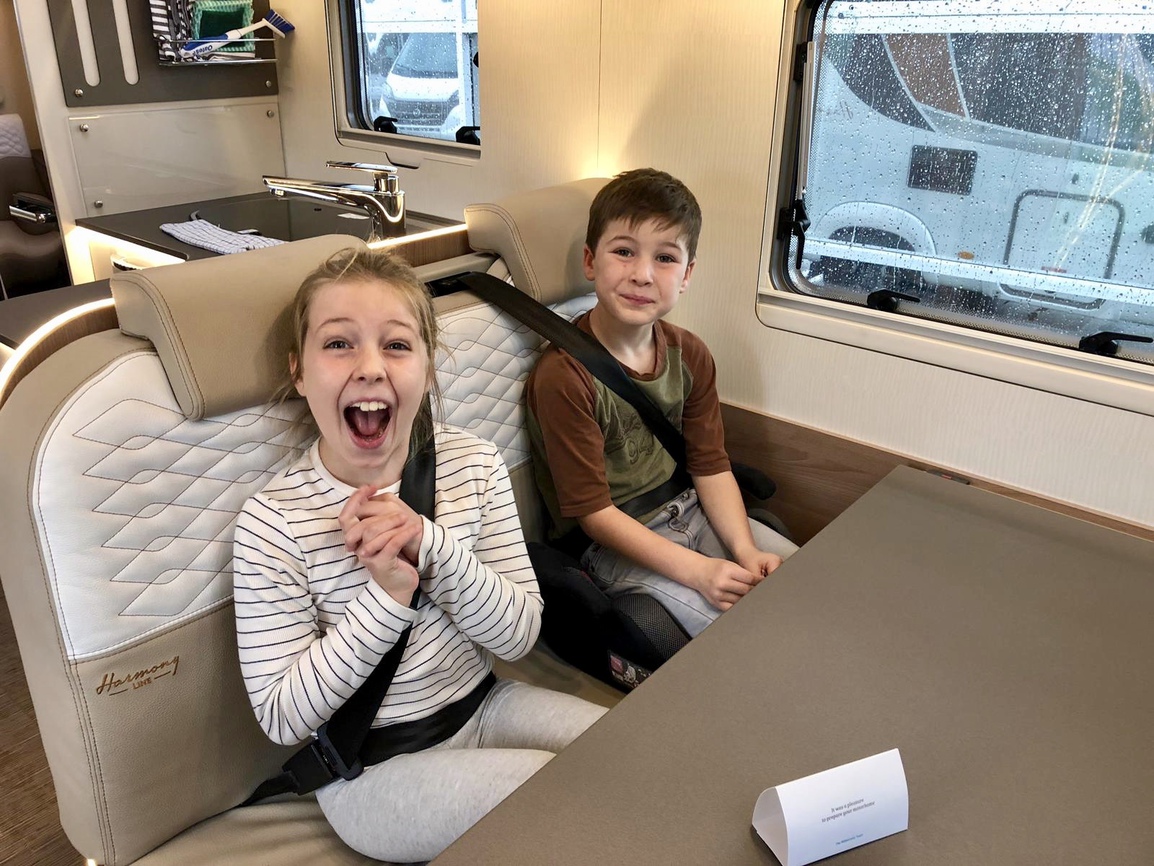 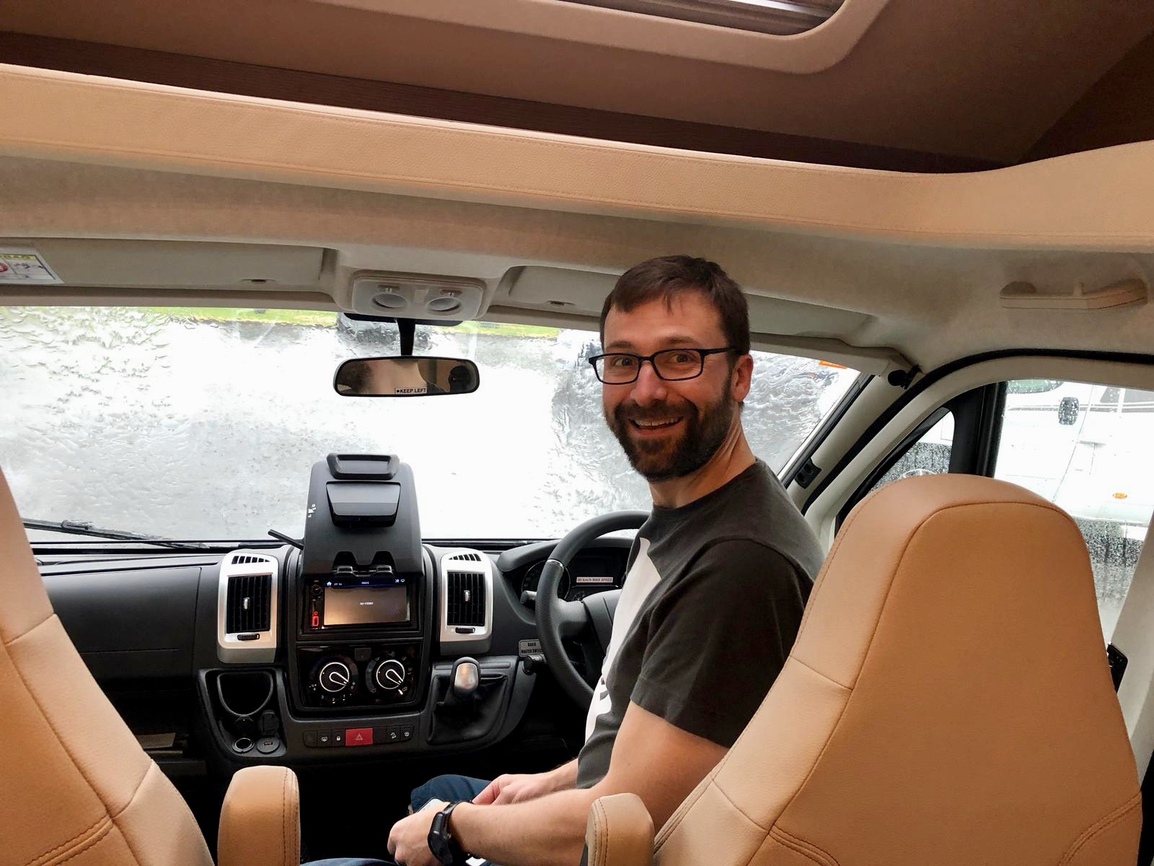 We arrived at Wilderness just as they were opening and spent the next hour checking out the Camper. We decided to hire mountain bikes as they did us a deal - we’d dismissed it before as too expensive. After the paperwork formalities the lady showed us around the Camper. So many buttons, cubby holes and features! The kids couldn’t help themselves in pressing as many as possible all the time. The automatic step was the most popular and continues to be deployed and stowed several times on each entry and exit - that may get tired quickly.

Just as we’d loaded our things the heavens opened and we were treated to torrential rain. Diana had to rush back into the office as we’d forgotten to sign the rental agreement. She returned under the cover of an umbrella with the rep so I could sign and the rep returned with a welcome bottle of wine.

Once we’d secured everything as best we could we drove 5 mins down the road to the Countdown supermarket for some essentials, parking across 4 car spaces as the camper spots were tight and I didn’t fancy trying reverse parking 5 mins in. I dashed inside, grabbed some essentials and then set off for the 2 hour drive to Waitomo. The traffic started out quite busy near the airport and heavy rain made the first hour difficult but traffic thinned and the weather cleared the further we got away from Auckland.

We arrived at Waitomo Caves around 12:30pm and parked up. A lunch of Pizza and Burgers from the cafe, we’d over ordered so we took most of the Pizza with us. We explored the gift shop while we waited for our time slot for the glow worm caves and wandered back to the Camper to lock up properly as we’d forgotten to secure the storage lockers. The automatic step deployed and stowed a few more times. 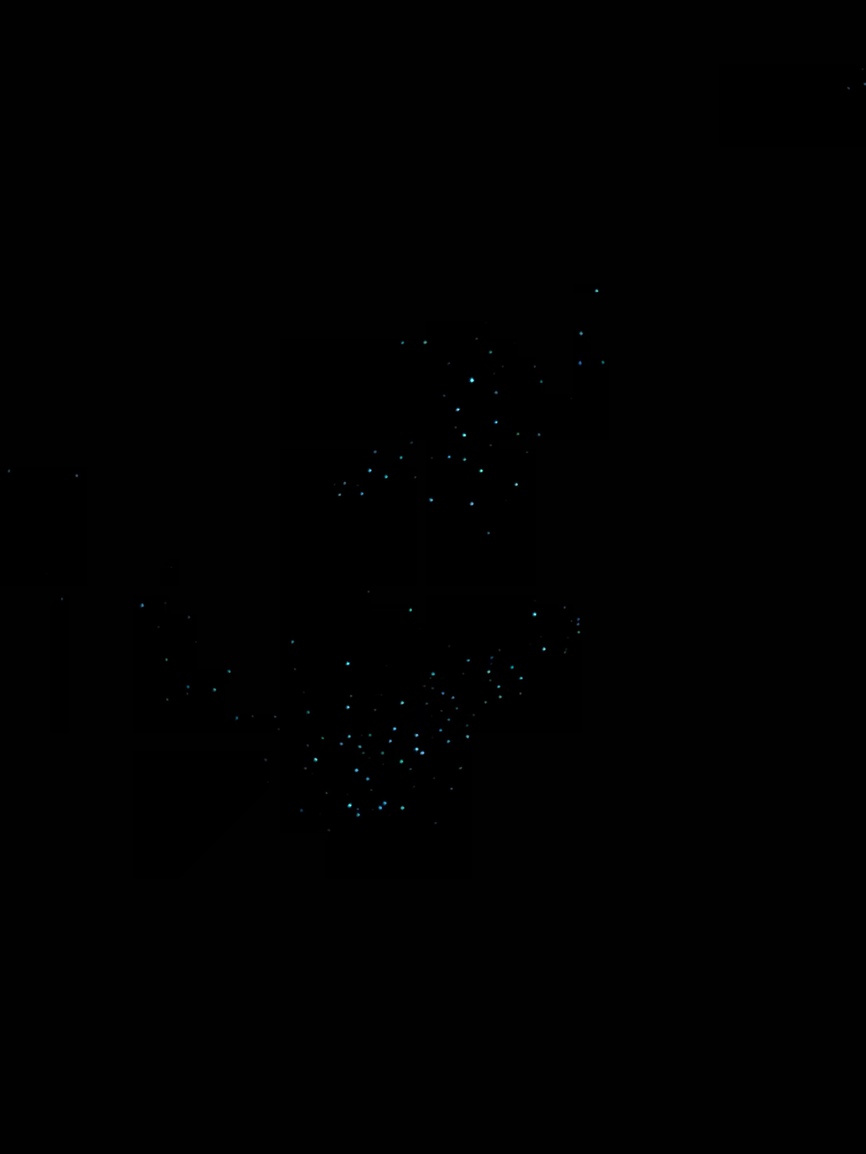 We were back at the tour centre in time for our 2:30pm tour of the glowworm caves, our guide was the great, great, great granddaughter of the Maui man who discovered the cave, she was really engaging, funny and proud to be showing us the cave and the glow worms. The kids stuck by her side and asked lots of questions, essentially making sure they had an exclusive tour. The cave was fascinating and far bigger than I expected. We walked down several levels looking at stalactite and stalagmite until we started to see a few glowing dots in the ceiling of the cave. We then walked into the glowworm “room” which had around 30,000 glow worms lining the ceiling. The guide switched on various lights so that we experienced the glowworms luminescence in the dark and then could see the threads of silk they use to capture their prey of mosquitos and small flies. The glowworm light show was impressive and we were amazed at the amount of light they produced. 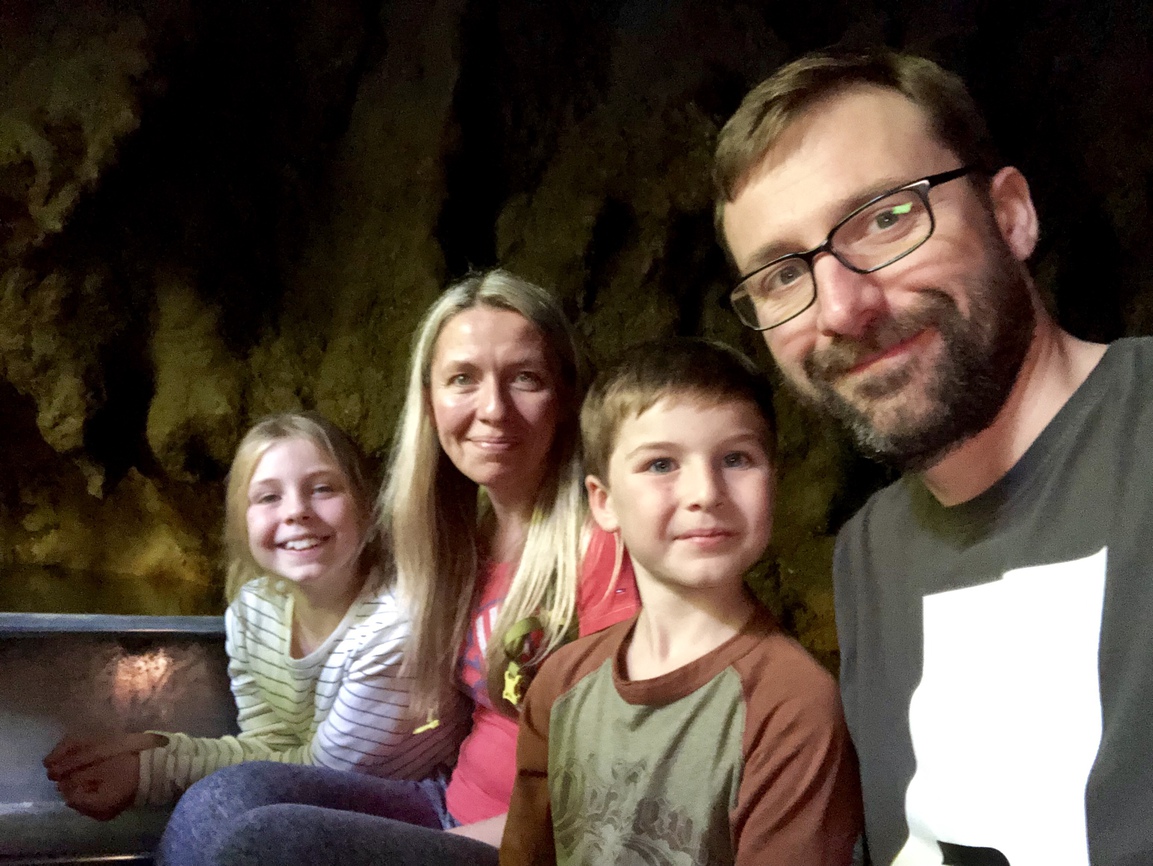 We then moved on to a pier at the side of the river and embarked onto a boat in the dark and in silence. Once all 30 people were on board our guide silently guided us through the cave system using overhead ropes while we experienced thousands of glowworms overhead. We emerged via the river exit around an hour and half and pulled into the jetty in the daylight to end the tour. A really special experience.

Next up was a tour of the Ruakari Cave which was 2km further down the road. We jumped in the camper and found the car park which after two attempts we managed to park (still getting used to driving a 7m vehicle). We were a few minutes early so we sat in the shade waiting for the tour guide to arrive. 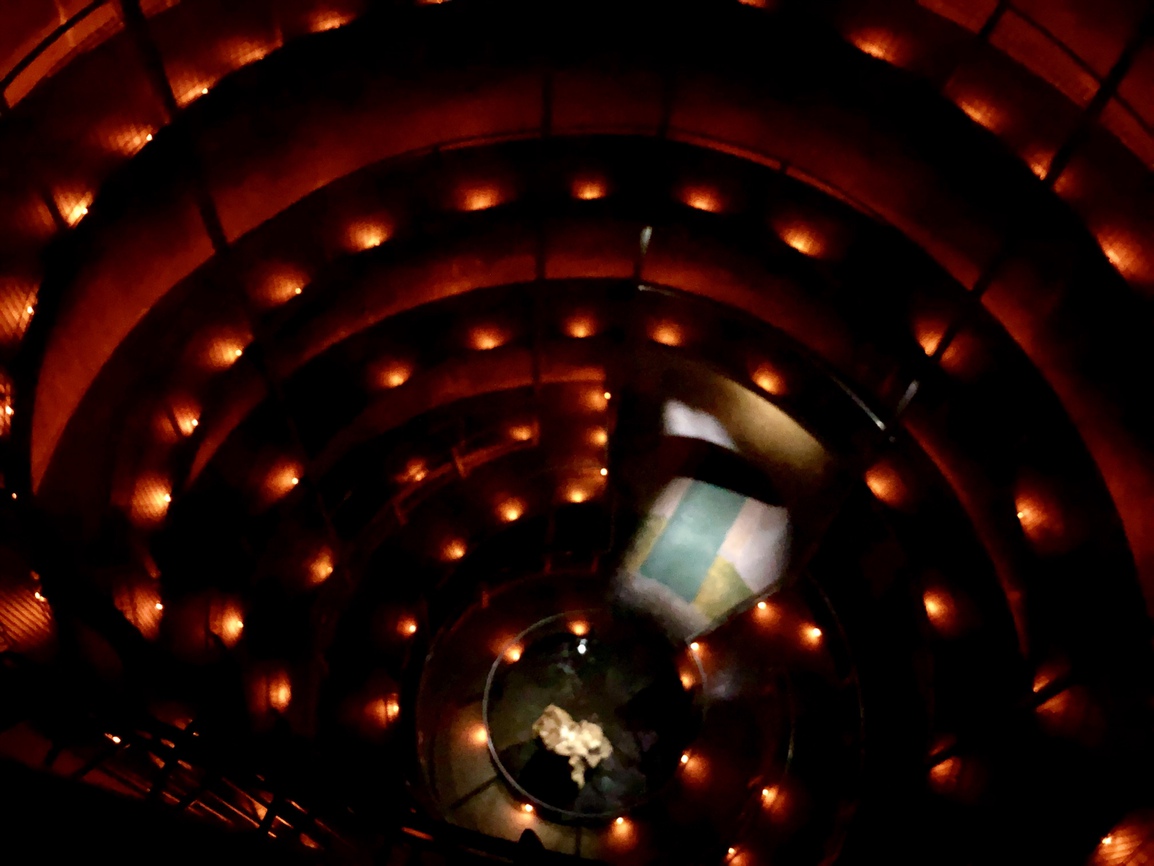 At 4pm our tour guide arrived and we walked the short distance to the cave entrance. Our guide was American and had been running tours of the cave for a couple of years. He was really knowledgable and great with the kids questions, of which there were many. We entered via a spiral ramp into the ground which replaced the sacred (to the Maui) dry entry on the other side of the cave a number of years ago. The view was really impressive from the top of the spiral. 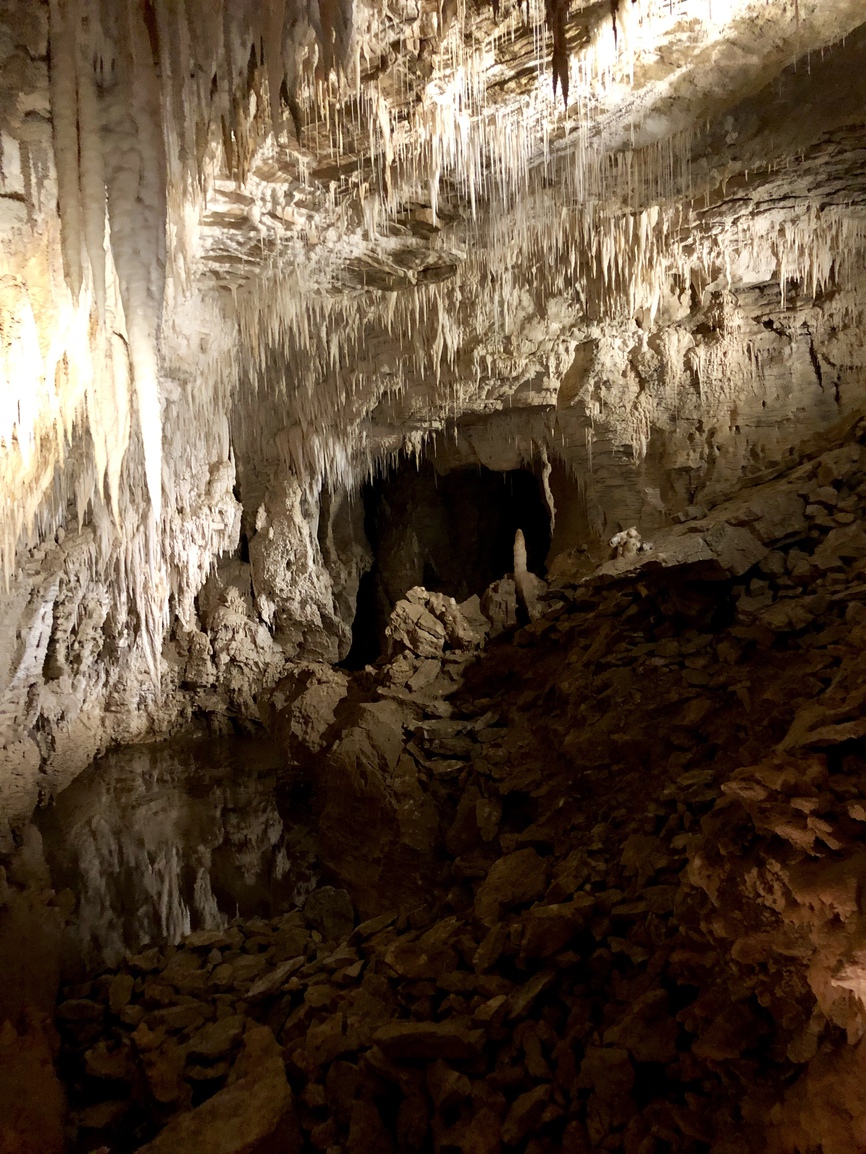 Once inside the cave we understood a tour throughout the cave system looking at the stalactite and stalagmite and interesting rock formations. The walking was easy going as they’d installed a walkway throughout the whole cave system which was suspended from the walls so they could remove it in the future if required.

The tour majored on the rock formations which were really interesting and quite beautiful. At several points we crossed over the river below and saw the black water rafters battling their way through the darkness on their rubber rings. (it didn’t look that relaxing!)

The tour was circular and we ended right back where we’d started, walking up the spiral ramp and emerging into the day light. We thanked the tour guide and regrouped back at the camper to decide where we’d stay for the night.

The car park was out in the countryside, secluded, surrounded by forest and grassland and actually a really pleasant place to stay so we decided we might try freedom camping there as everyone was leaving by this point in the day. (In theory in New Zealand, if your camper is self-contained, you can “freedom” camp anywhere - in practice there’s problems with private land and a lack of clarity over where is acceptable) I went to talk to the tour operator to see if we could stay there, unfortunately it was private land and we were not allowed. We decided to try Roselands which was our back up option and allowed free “freedom camping” in their car park. 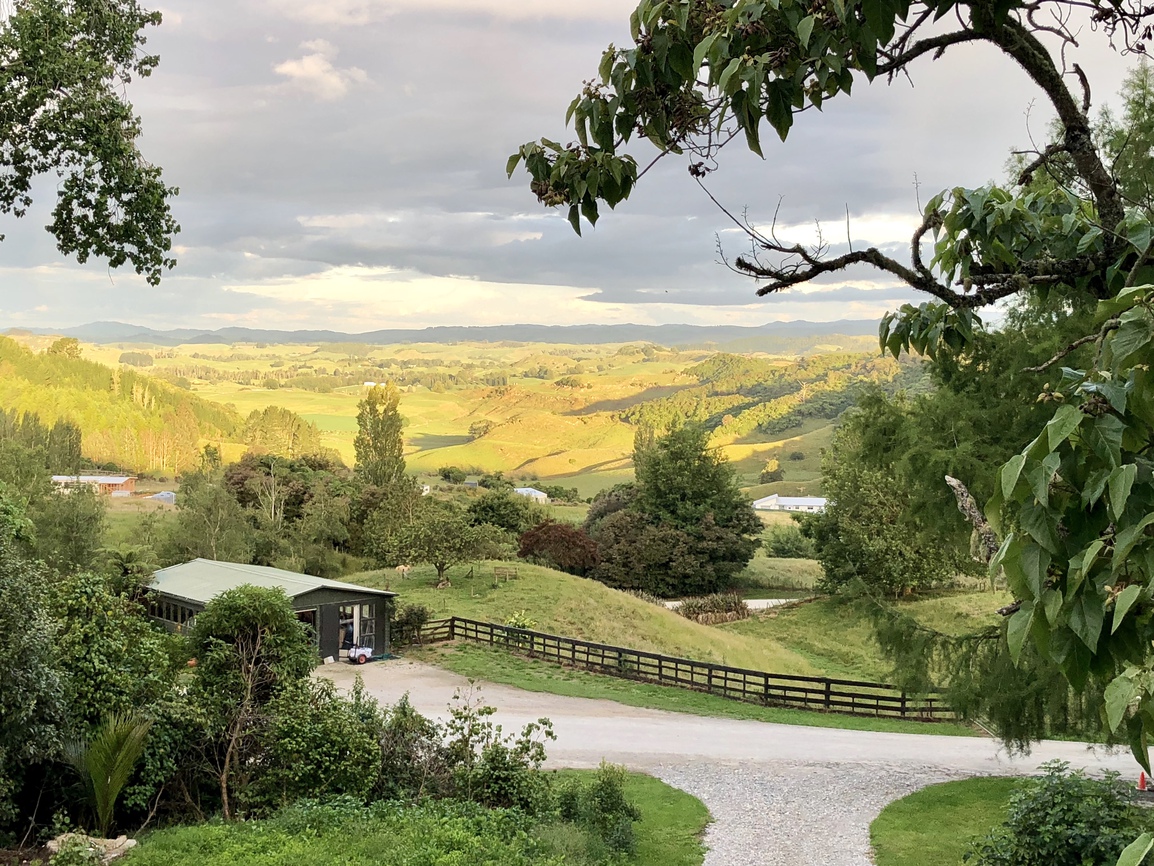 Roselands was a short 10 min drive down some back roads and along a gravel drive. A lovely rural setting and they had space for us to park, so we decided to get a drink at their bar while we figured out what we wanted to do. There was some dissent among the ranks as Alex had his heart setting up camp and firing up the BBQ, but we managed to persuade him inside. Roselands is a family run BBQ buffet restaurant and the owner was very friendly and welcoming. We ordered some drinks ($5 house beer and wine) and sat at the picnic tables outside. The BBQ looked really good so we decided to stay the night and eat there. The beef was amazing, perfectly cooked and more than we could eat.

After a game of pool with Bella and Alex we went back to the camper, set up the table and chairs outside and played some Uno before bed. Finally it was bedtime and we deployed the beds from the ceiling, pulled the blinds over all of the windows and snuggled down. Not without some more button pressing and larking about of course.

Tomorrow we’re off to Rotorua and a geothermal mud bath.