Today is our Kayak adventure on Lake Wanaka. The activity Diana has been most looking forward to and what started the whole idea of a trip to New Zealand. It’s also New Year’s Eve.

Up early, breakfast and ready for collection at 8:45am by reception. We’ve parked the camper in the camp site staff car park as we’re supposed to check out this morning. It’s a beautiful day for it, the sun is shining and it’s mid 20’s.

The chap from Paddle Wanaka picked us up and drove us the short distance down to the water front for our briefing and to get kitted out. There were 6 other people on the tour, all in 2 person sea kayaks and two tour guides Abby and Alex.

Abby talked is through all of the kit and what we’d be doing today. The tour started from the beach and we’d paddle along the shoreline until with a few different options on the route depending on the weather as we progressed further into the lake. 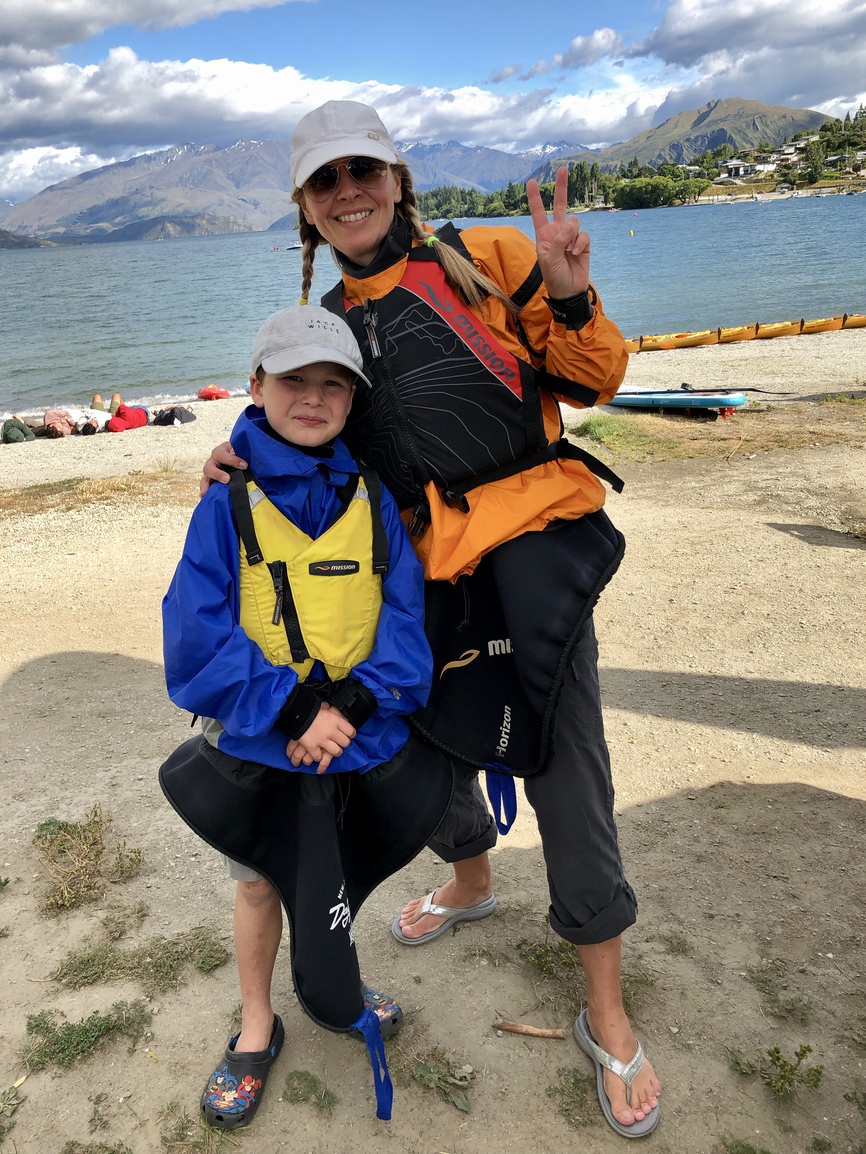 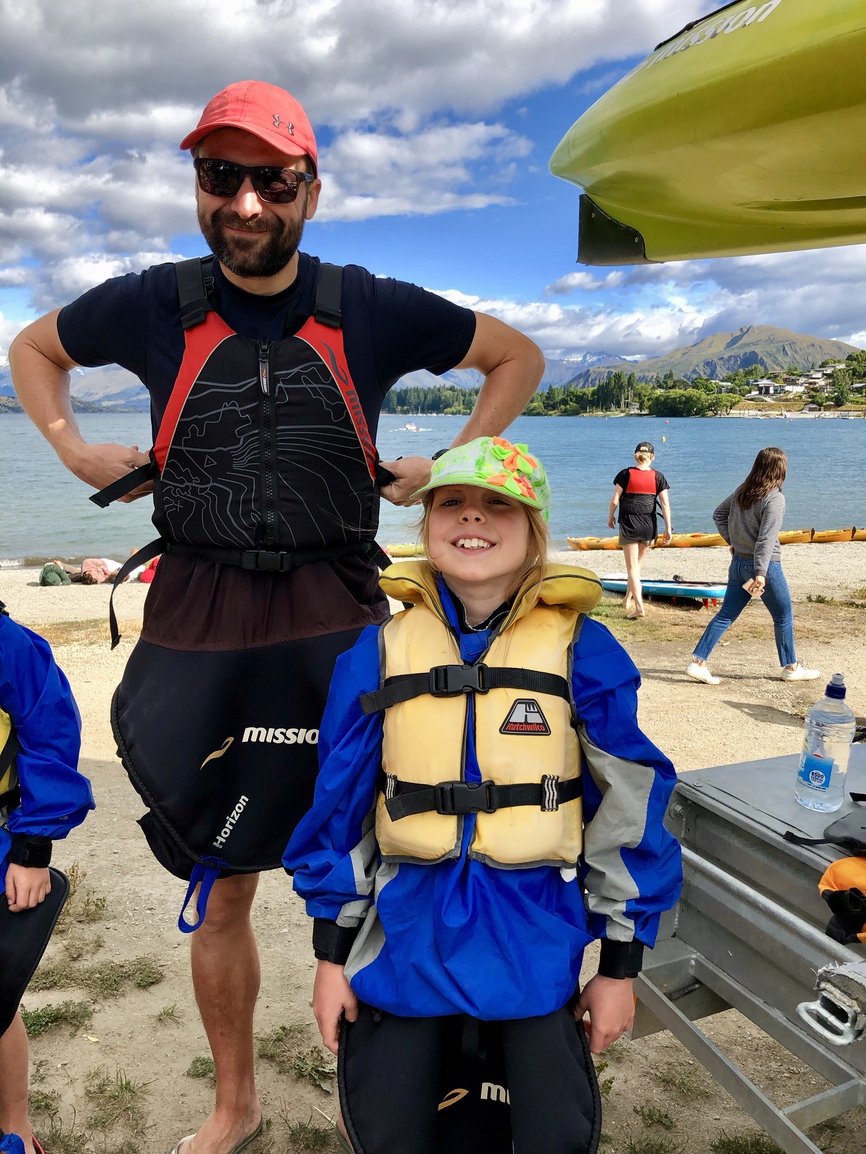 We got changed and put on our skirts and spray jackets and found a paddle each and headed over to the line of kayaks by the waters edge. Alex came with me and Bella teamed up with Diana. We ran through fitting our skirts and what to do if we capsize, having a dry run of pulling off the skirts. Once everyone in the group was sorted we had a push into the water and off we went.

Diana and I have both been kayaking quite a few times before but never with a rudder so we practiced steering and travelling in a straight line, which was harder than it sounds with the waves being whipped up by the wind.

Abby took us along the the shore line and through the marina keeping in the sheltered parts as much as possible while we got used to paddling and steering.

We continued paddling (Alex mostly pretended to paddle) along the shore of the lake while Abby and Alex told us all about the lake, wildlife and town. After about 45 mins of paddling in relatively calm water we rounded a corner into the wind and faced rougher water. For the most part it was still relatively easy going, just more effort due to the wind and the occasional big wave which felt a bit like a roller coaster. 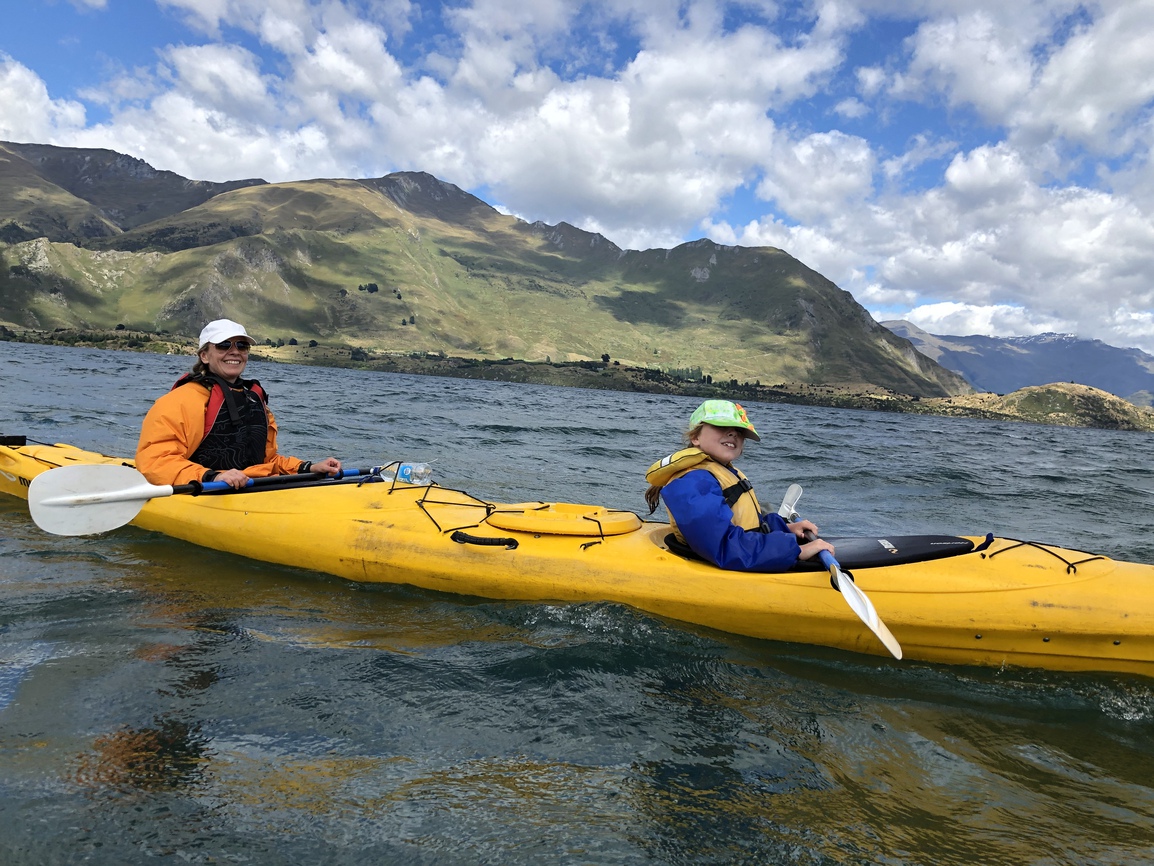 The scenery along the route was amazing and we loved lake Wanaka with its 360° views of stunning mountains and beautiful clear (drinkable) water, it’s like paradise.

We persevered for another 45 mins and just when we started it flag we could see the beach where we were to land with the promise of muffins and coffee once we got there. 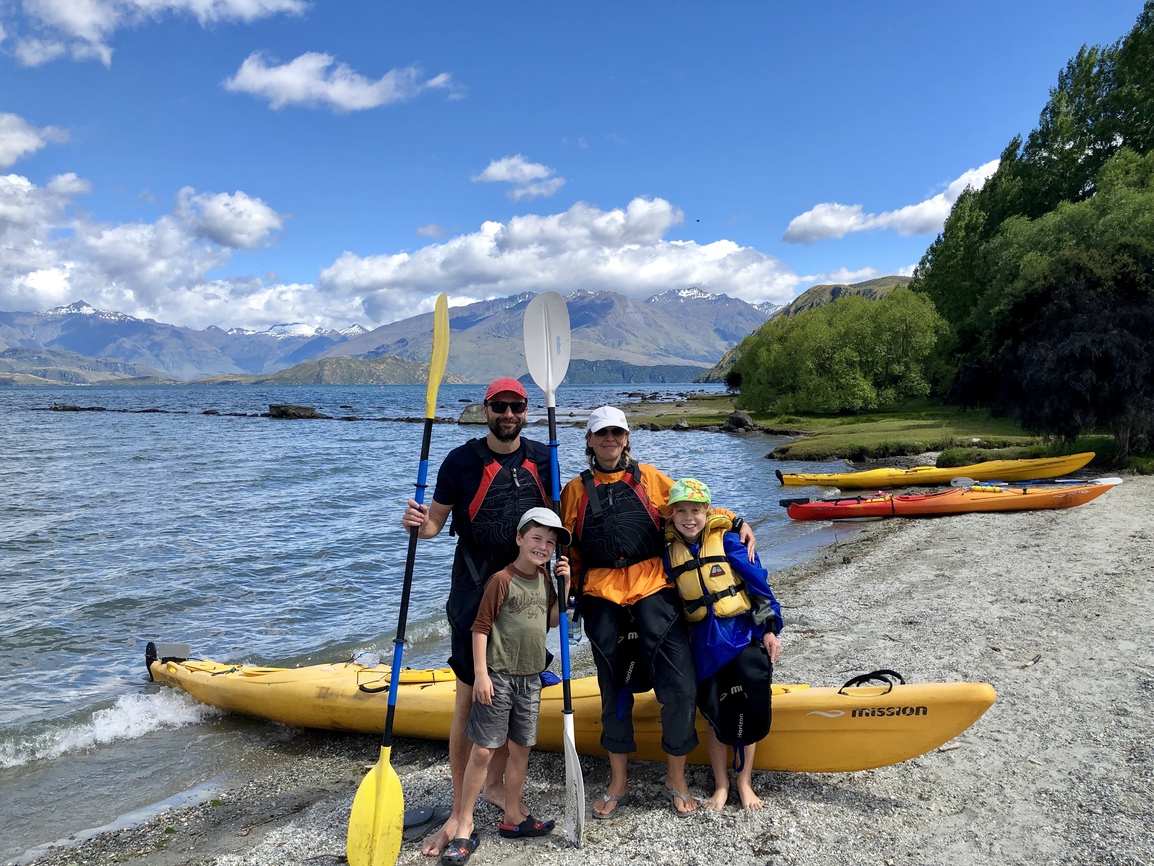 We paddled up to the beach, remembering to pull up our rudders and then had a helping hand from Alex to pull the kayak onto the beach so we could get out and take a welcome refreshment break. 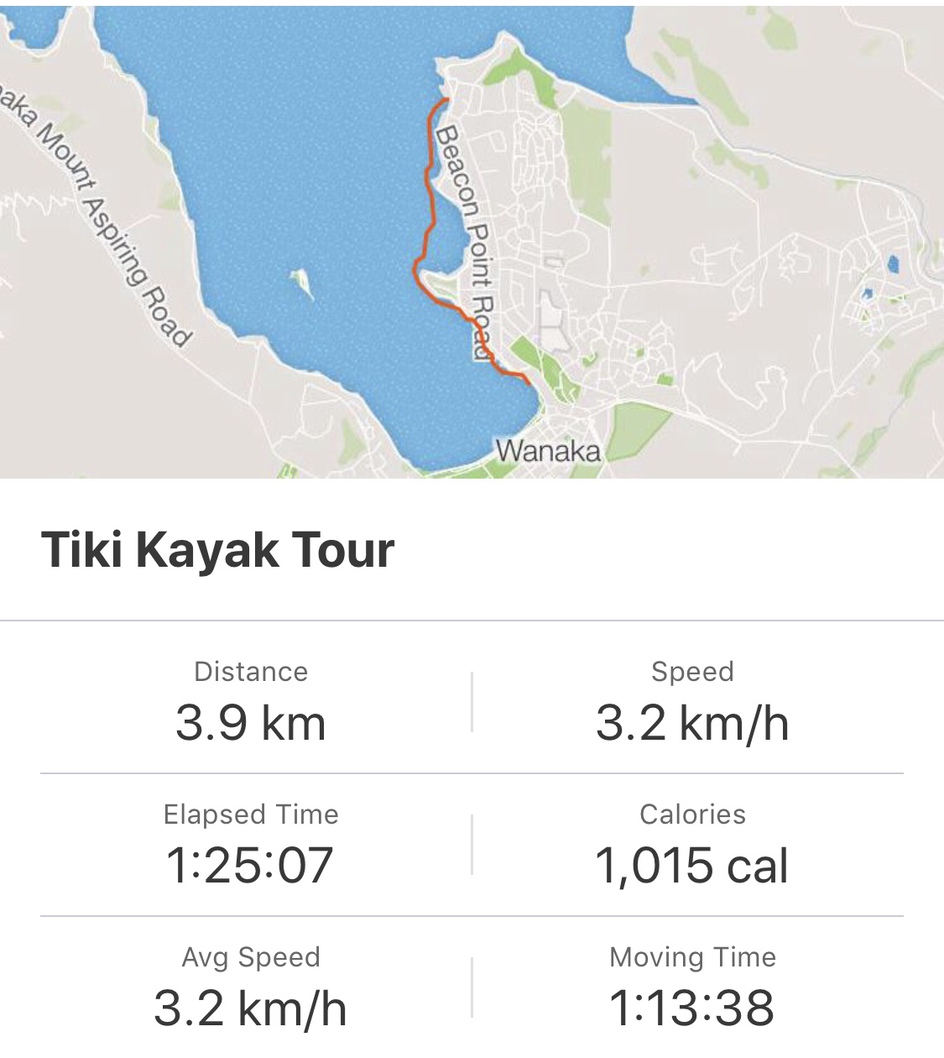 Once everyone had rested we were done with kayaking and a speed boat arrived and took us the short distance to Ruby Island so that we could explore and have a swim. On arriving at the island one of our group jumped from the boat and swam into the shore which the kids were really impressed with. We alighted at the pier and took a brief stroll around the island before Alex wanted to get back to the group and to take a swim. We changed and jumped into the cool deep water off the jetty. The island is on a shelf and the bottom drops away swiftly so we were jumping into deep water but easily getting out from a shallow beach. After hesitating over the first jump the kids loved it and spent the next 30 minutes finding different ways to jump in with Abby encouraging them.

The speed boat turned up 15 minute late, not that we’re were complaining, it’s not every day you get to swim in such an ideal of location, and took us back to the beach where we started. Bella and another girl from our group jumped in off the boat and swam into the beach, everyone else waited until the boat reached shore and paddled through the water.

We all thoroughly enjoyed the experience, the perfect end to the year.

We loved Wanaka so much, it’s like a ski reason in summer, (which is pretty much what it is), we talked about staying another night but it the campsite was fully booked and we had plans in Te Anau so we decided to keep going - we will be back.

Abby drove us back to the camp site and we collected the camper, emptying the tanks and securing everything for a long drive. We then went back into town and parked in a side street while we went to find some lunch and visit the supermarket. 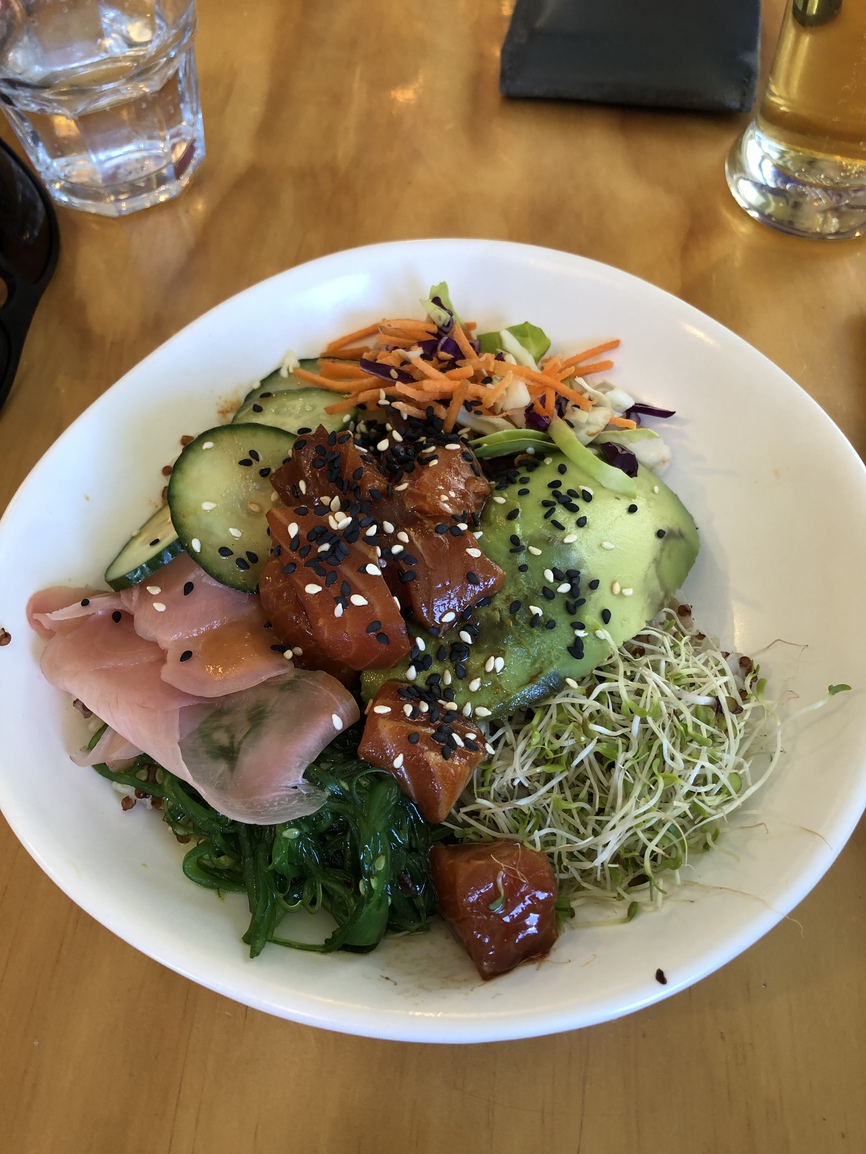 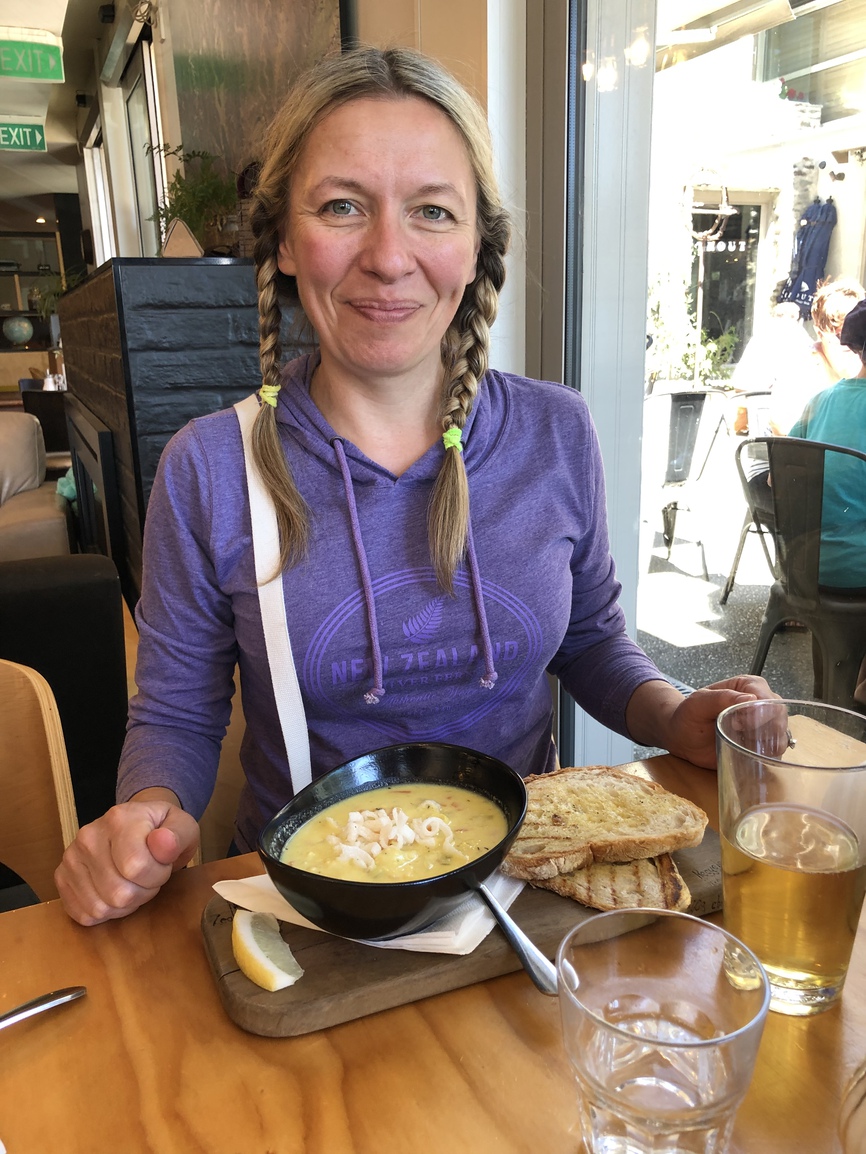 Lunch was at a relaxed cafe on the street bordering the lake. I had a Salmon Poke Bowl, which was Salmon sashimi, brown rice, seaweed salad and coleslaw. It was delicious. The kids went for their staple fish and chips and scrambled eggs on toast and Diana had seafood chowder, also delicious.

Onward to the supermarket which it being New Year’s Eve and with a music festival not far from town was heaving. We stocked up on supplies for the next few days (at least all that we could carry) and walked back to the camper. By this point it was after 3pm and we really needed to get moving!

We set a course for Te Anau and left town promising to return.

The road headed up into the mountains and we passed several ski resorts along the way. We climbed for quite some time, the van complaining occasionally and we engaged the “hill” button a few times for extra power. The view from the top of the pass was breathtaking and we stopped for a quick photo opportunity before attempting the decent.

The rest of the drive went smoothly and we pressed on arriving at our camp site in Te Anau just after 7pm. After we’d checked in we found our spot and tried to park the camper, with no luck. We tried 3 different angles but we just couldn’t fit without blocking the road - we had pre registered the length of the vehicle beforehand so we were expecting a space that would work for us. I headed back to reception and the chap reassigned us another bigger space (the last one) - he’s hoping whoever turns up next is in a smaller van. 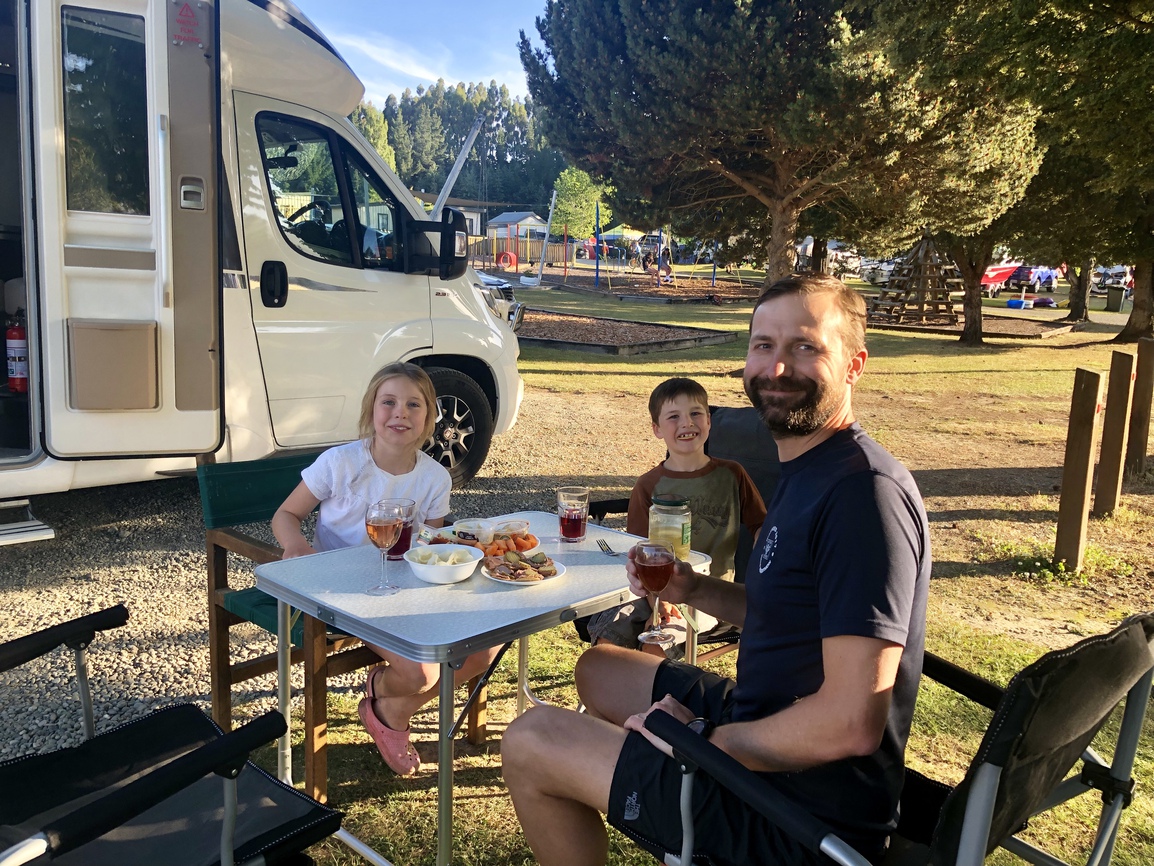 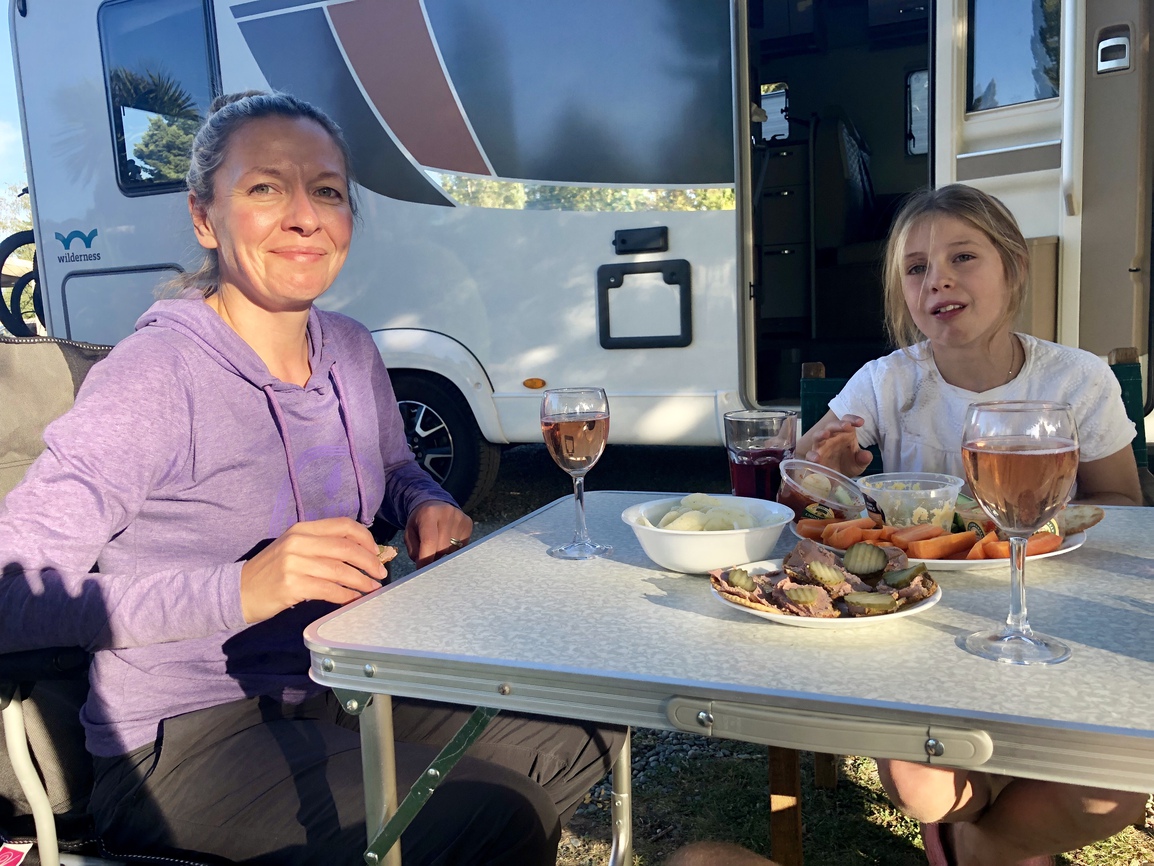 Once parked up we had a quick appero and opened a bottle of bubbles while I fired up the bbq and got cooking. We were right next to the play ground so the children were off even before we’d come to a stand still.

After an alfresco dinner we tidying up while the kids were back at the play ground and then watched Dodgeball (for the 3rd time) while we waited for the new year.

The camp site was heaving and the party in full swing when we arrived. It seems the locals, especially the teenagers, like to go camping over the New Years break. The party seemed to peak pretty early, or perhaps they all went into ‘town’, and by the time we got to 12am it was mostly a few fireworks and a few shouts of happy New Years from the dark. The children stayed awake to welcome in the new year, just!

A long day and an amazing end to the year and we still have a week to go. Happy New Year from New Zealand!