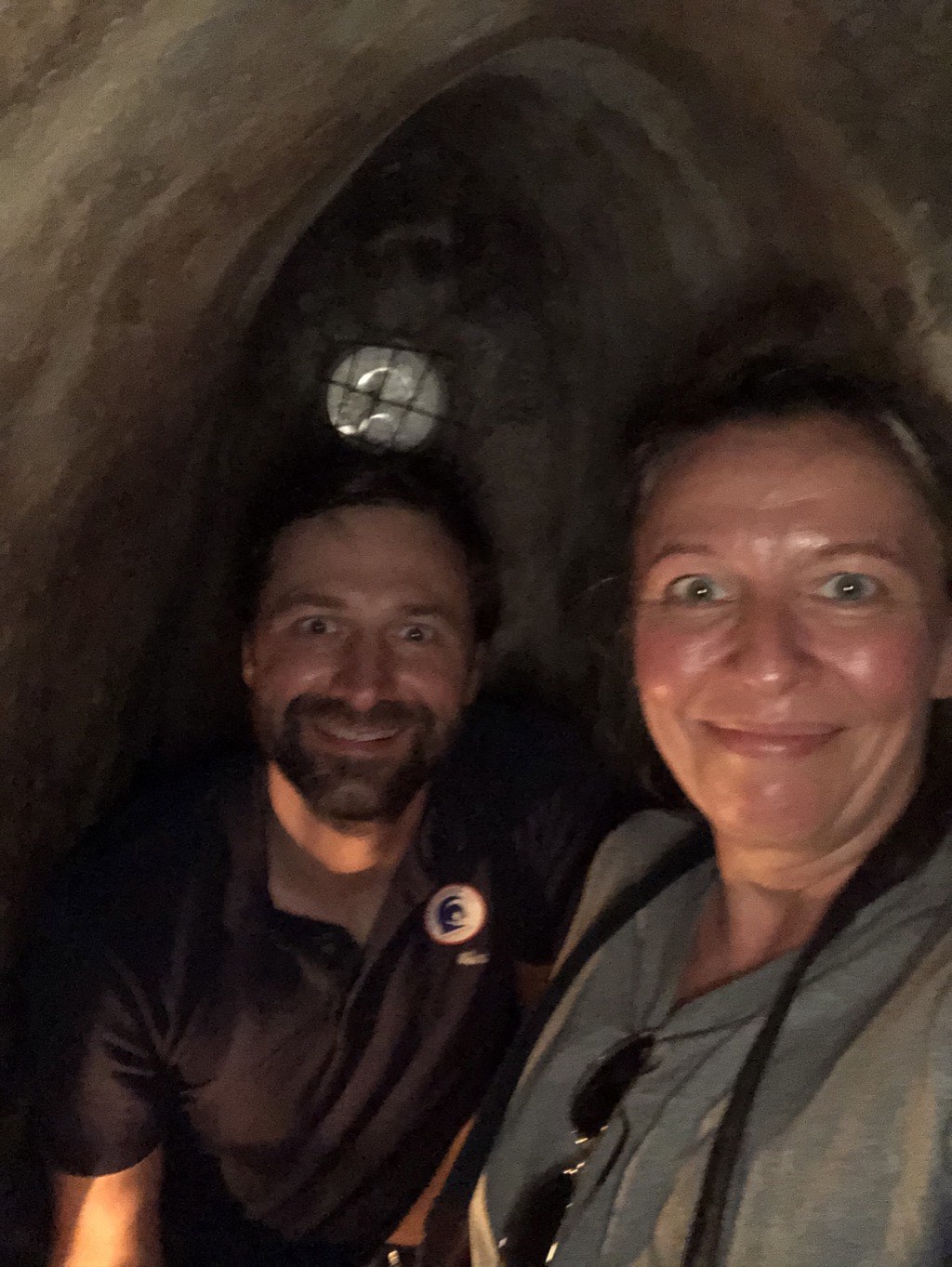 Today was primarily a travel day with an extra early start to fly down from Hoi An to Ho Chi Minh City.

On arrival in HCMC we lunched on Pho at the airport and then boarded a coach to take us to the tunnels at Cu Chi.

During the Vietnam war the Viet Cong in the Cu Chi region created and lived in 280 km of tunnels as part of their guerrilla warfare campaign.

The tunnels supported 16,000 people at their peak all living and fighting from within. 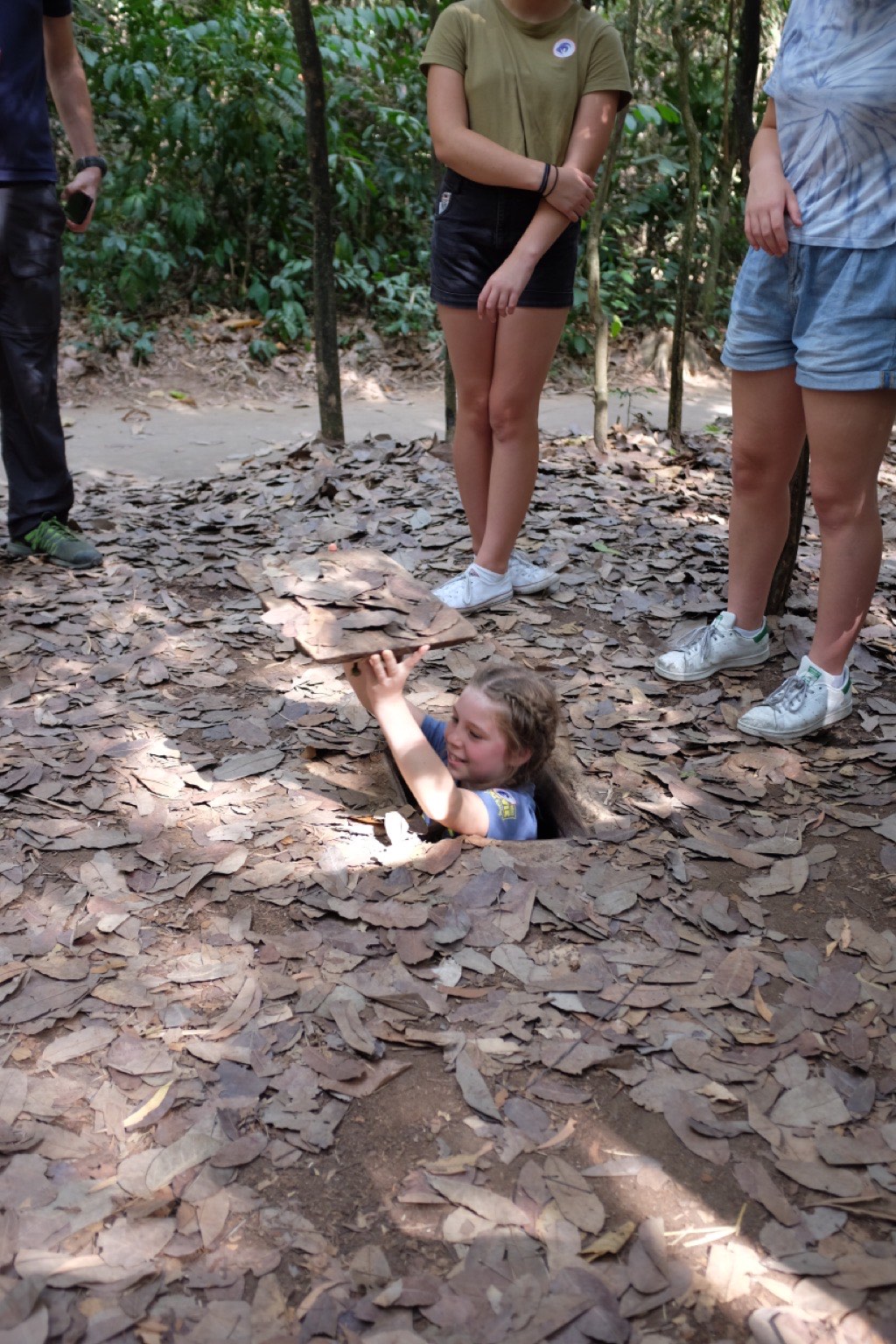 The entrances to the the tunnels were well camouflaged and very small to ensure they reminded undetected. 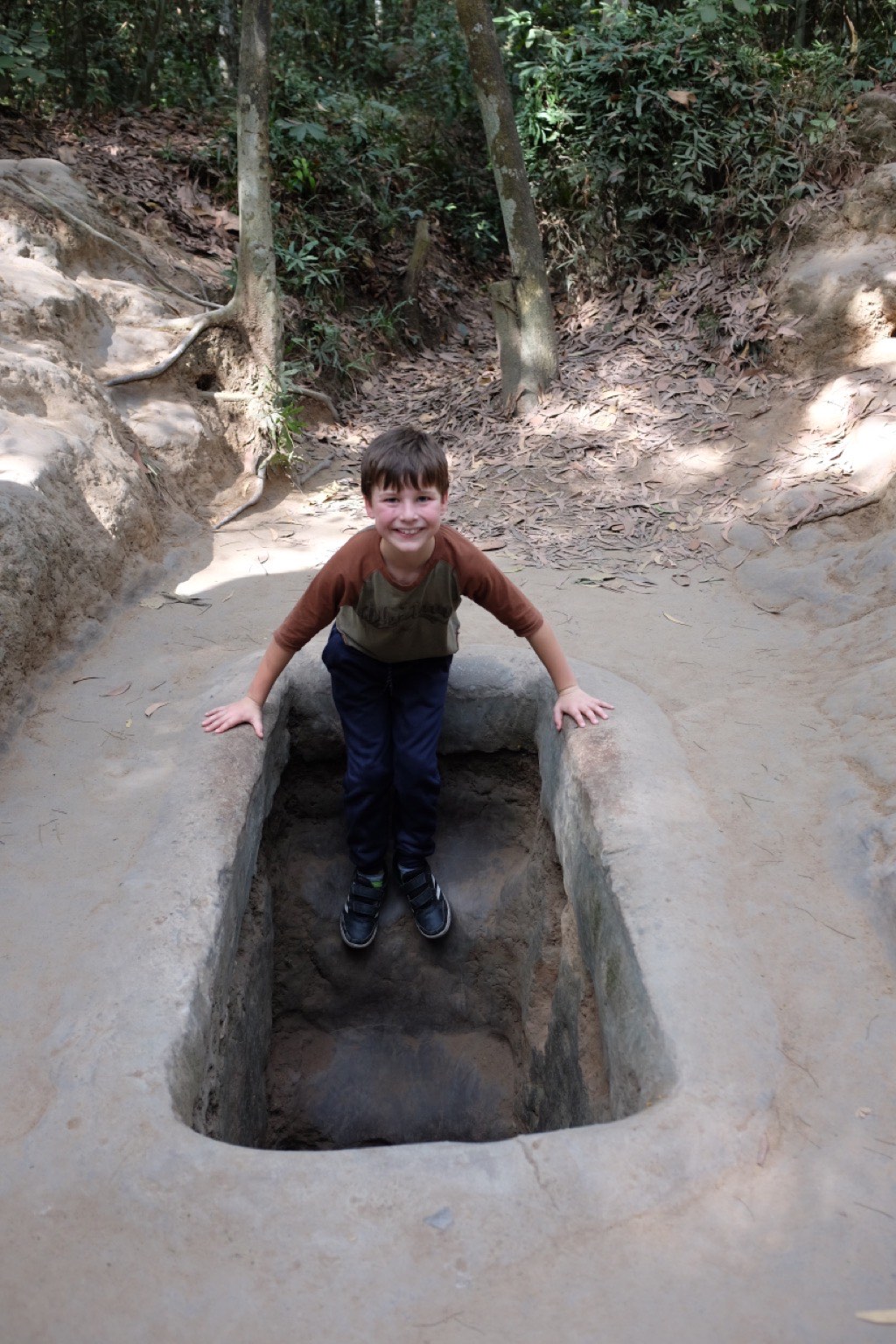 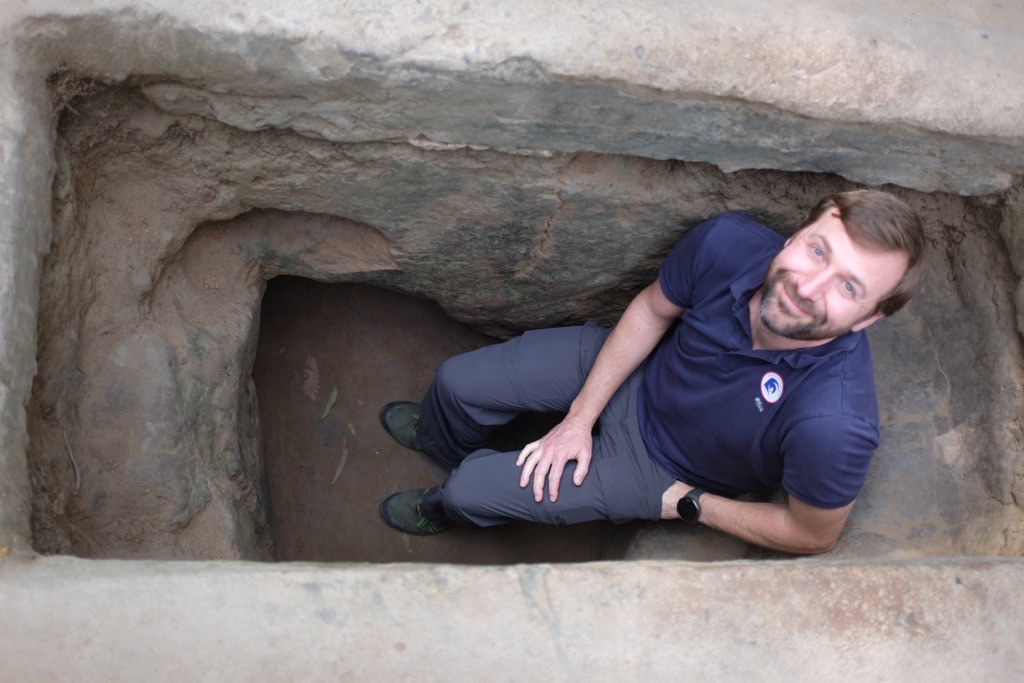 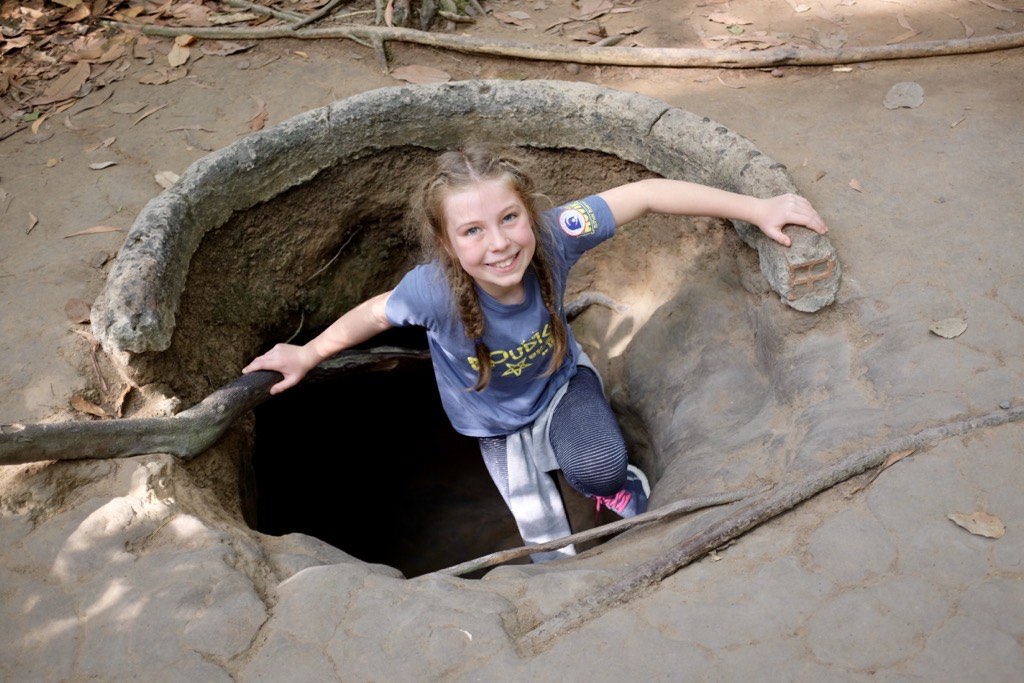 The larger entrances would be reserved for trench fighting and would allow the fighters to pop out, attack and then jump back to safety. 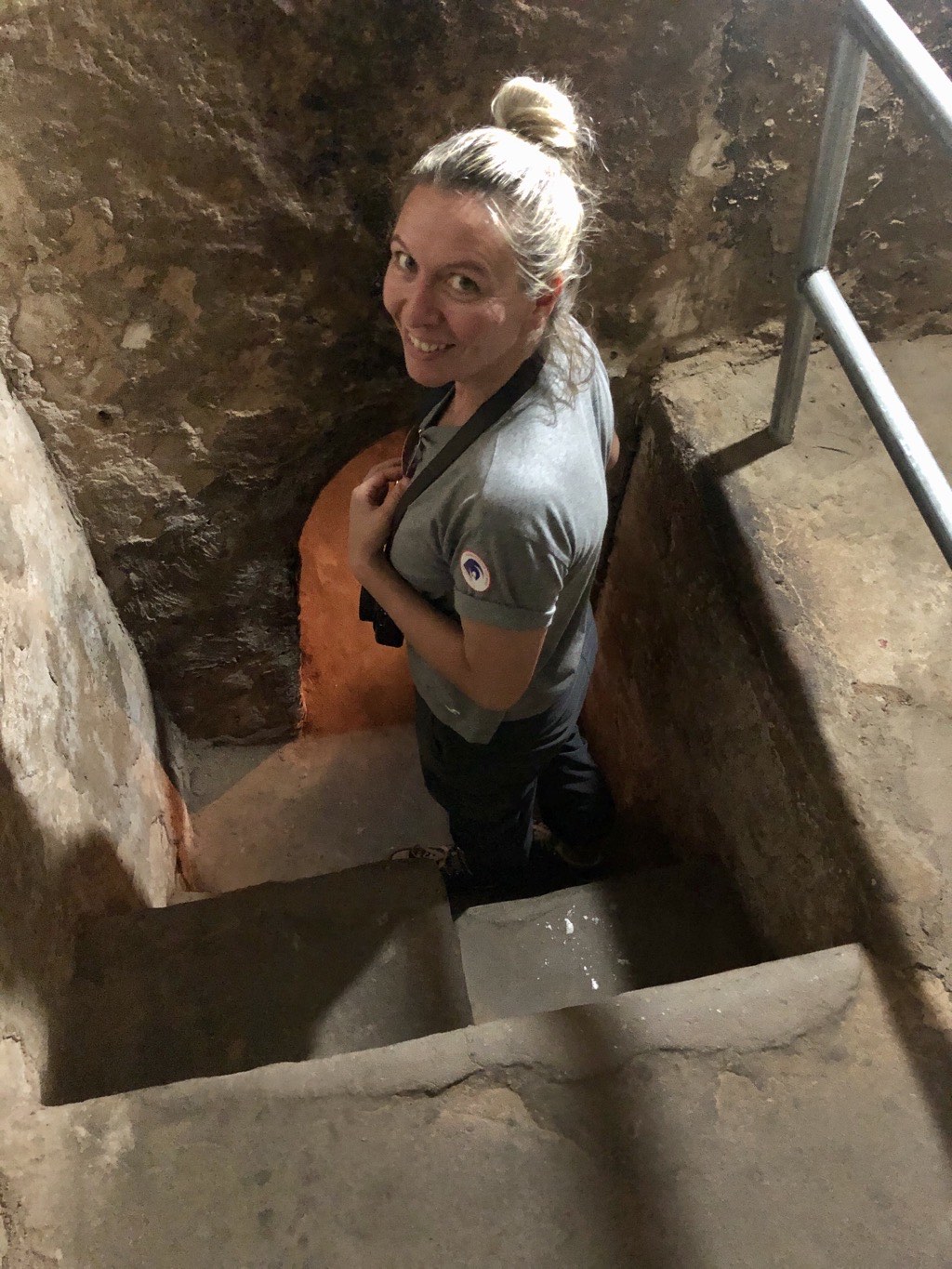 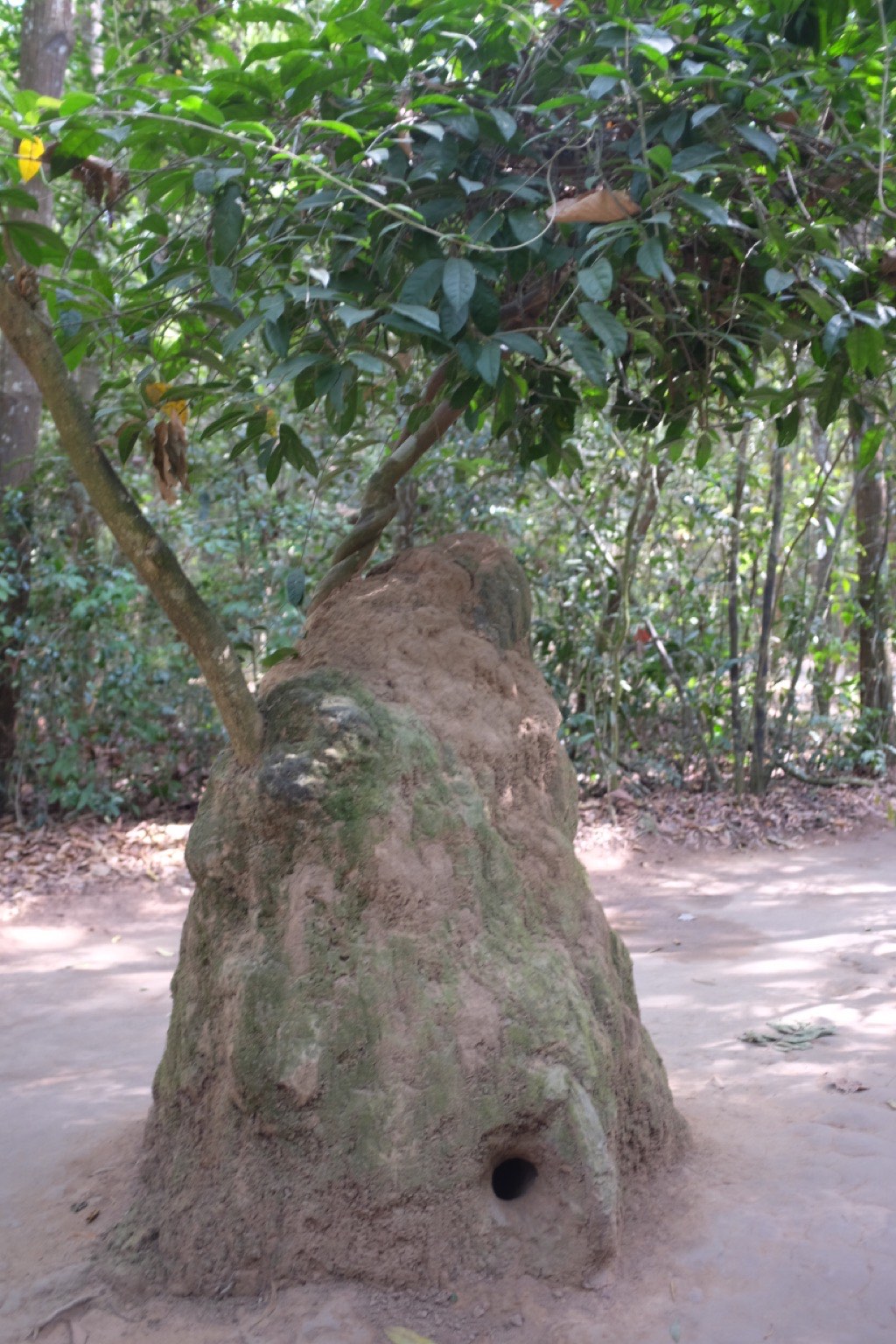 Ventilation was a significant problem and to remain undetected ventilation shafts were dug under termite mounds to remain camouflaged. 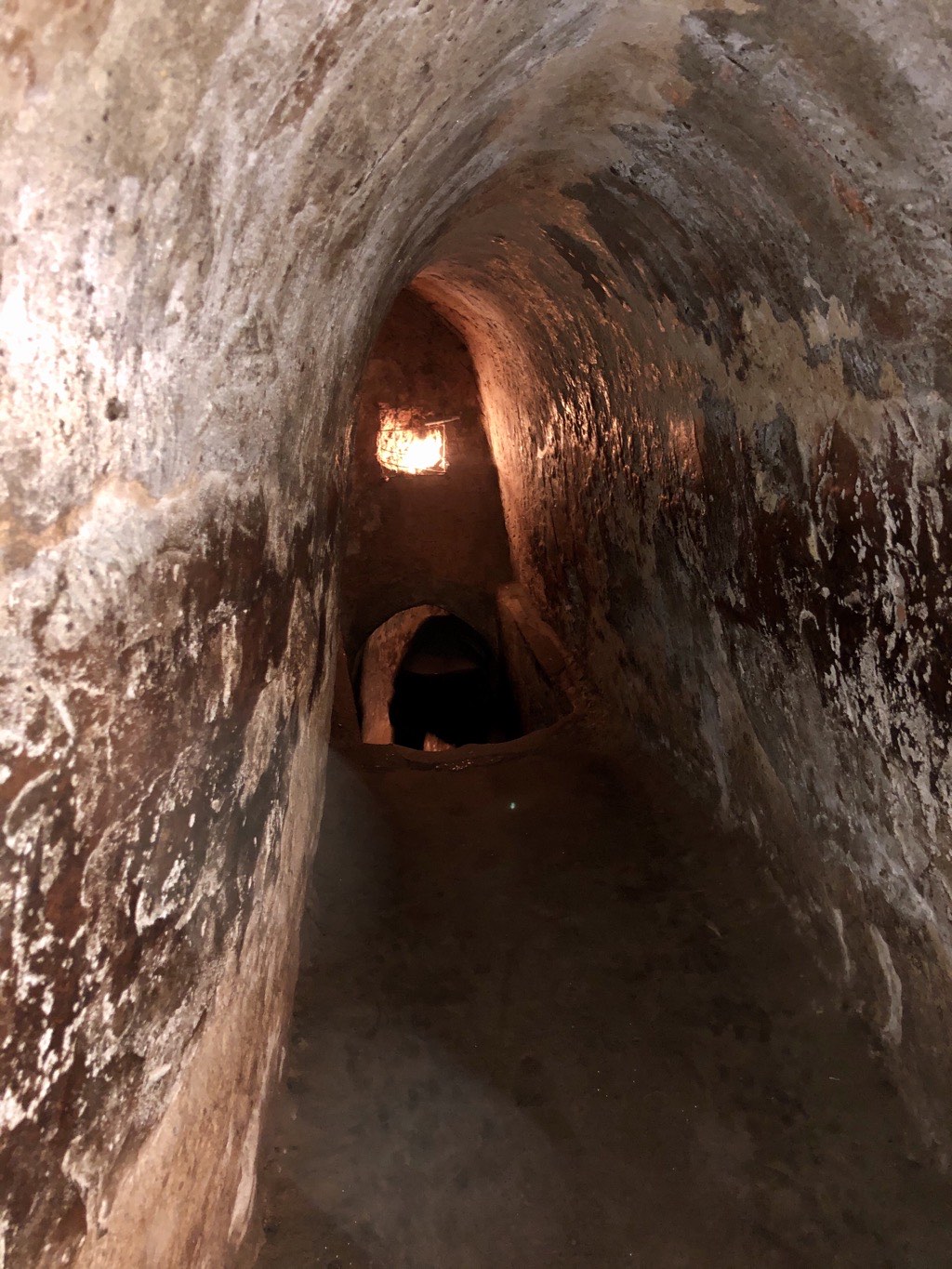 The tunnels themselves varied in size, some large enough to stand and work in but most were small in height which meant crouching down. 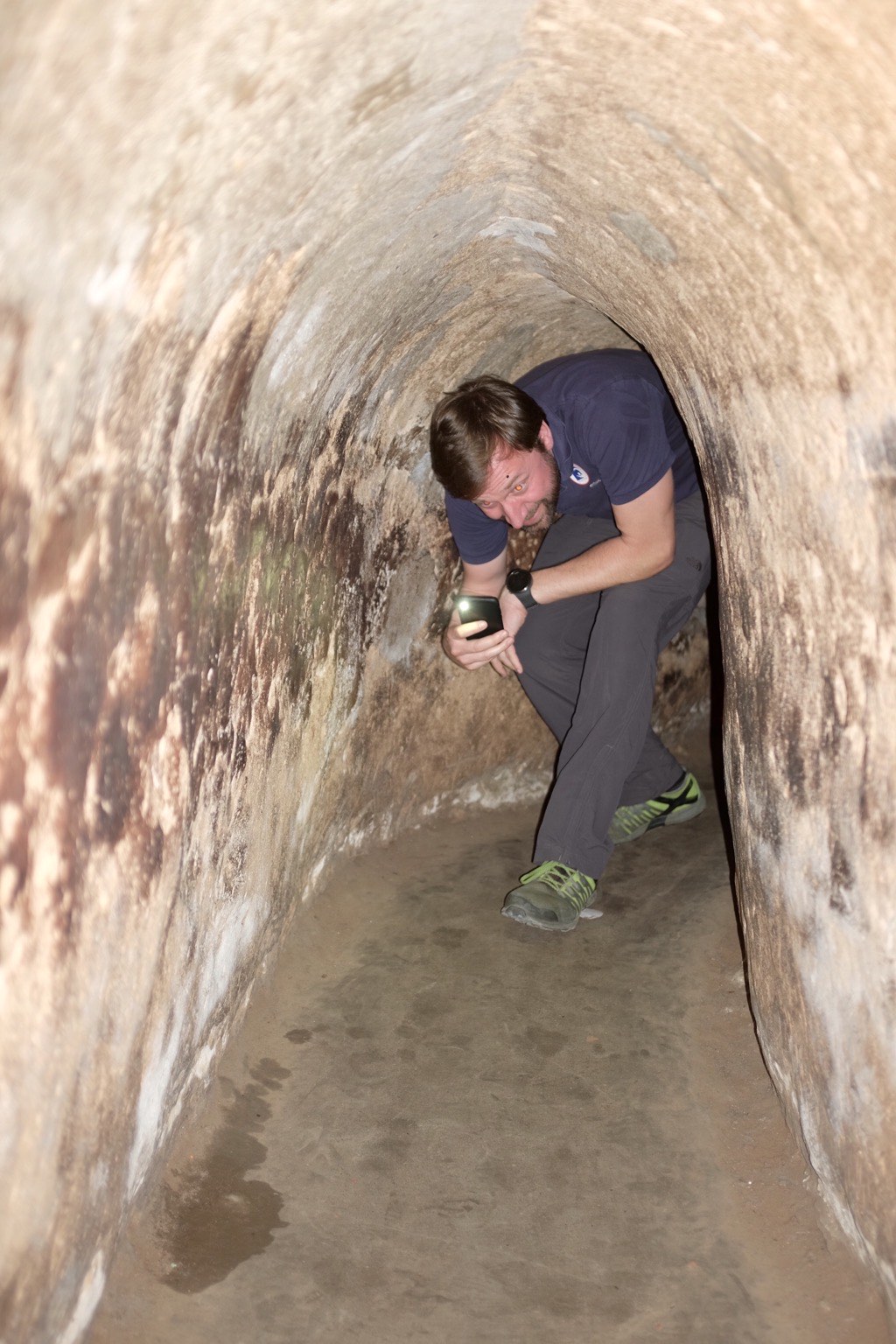 There was part of the tunnel open for us to experience what it was like. We traveled for 60 meters, crouched down and dropped two levels. It was sweltering and we were sweating by the time we exited at the other end. 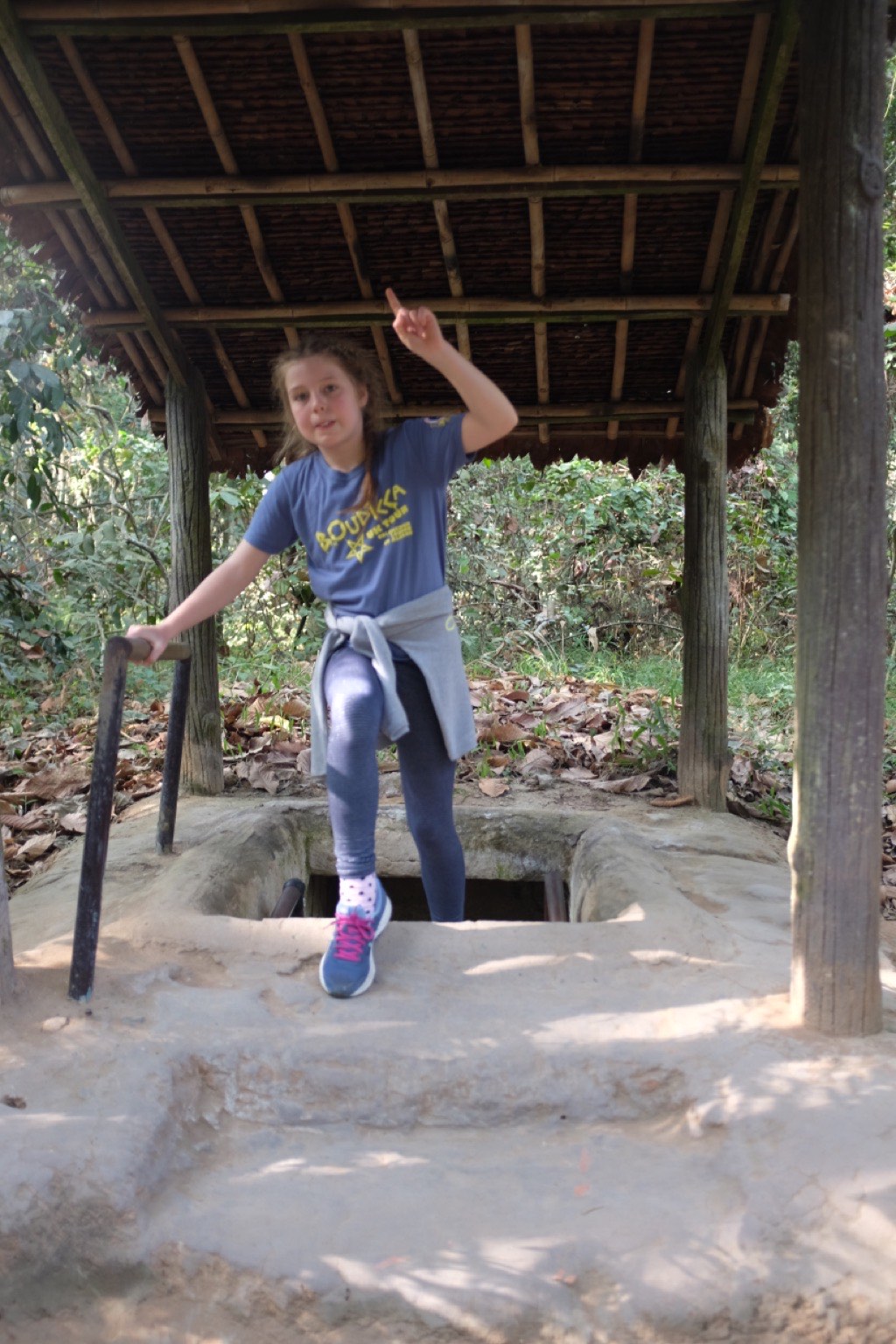 It was a rather claustrophobic experience but we’re glad we got the chance to experience what it was like. Living down there for a year must have taken some serious determination and resilience! 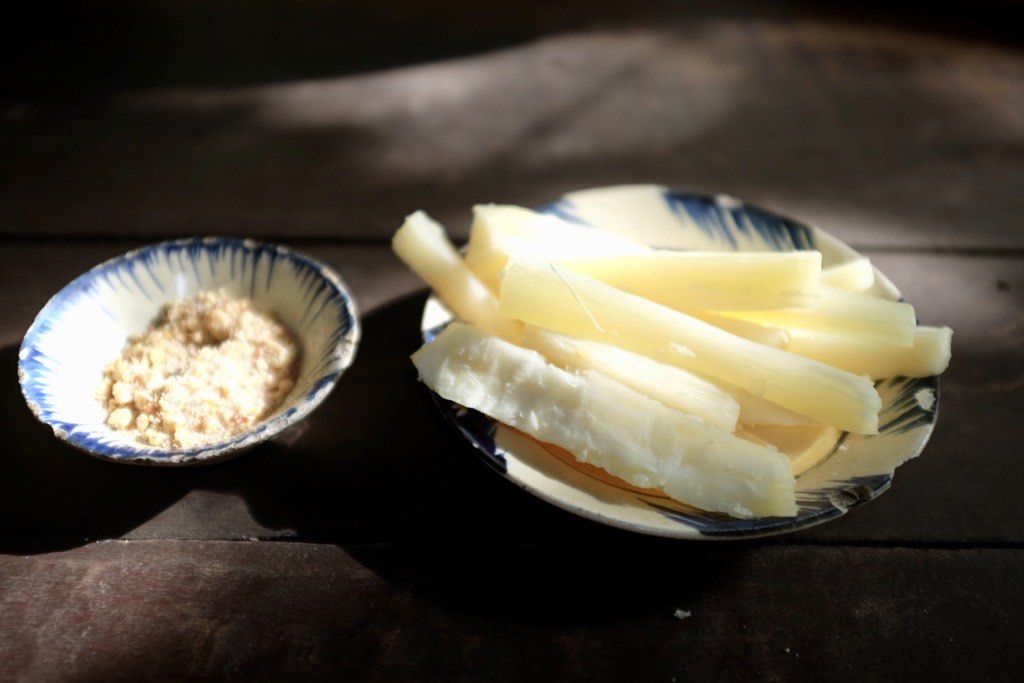 After the tunnel we sampled their staple diet of cassava. It was very similar to potato in taste. In order to remain undetected they would cook once a day very early in the morning when it was misty outside.

Once we’d finished the tour it was time to head to the hotel in Ho Chi Minh City. We passed through many rubber plantations on the way.

HCMC is the economic capital of Vietnam with 11 million people living there. On entering the city we could see it was different to the other cities immediately. There were significantly more cars and car dealerships, traffic lights are largely obeyed and there’s lots of larger businesses. The traffic is pretty awful too.

On reaching the hotel we freshen up, head out for dinner with the group and then back to the hotel for an early night. We’re all exhausted from the long day and tomorrow we are leaving for the Mekong Delta.