Our final day in New Zealand. We had a bit of a lie in after so many early starts over the past week. We couldn’t linger too long though as the check out was 10am. We showered, packed and left our luggage at reception straight after check out. 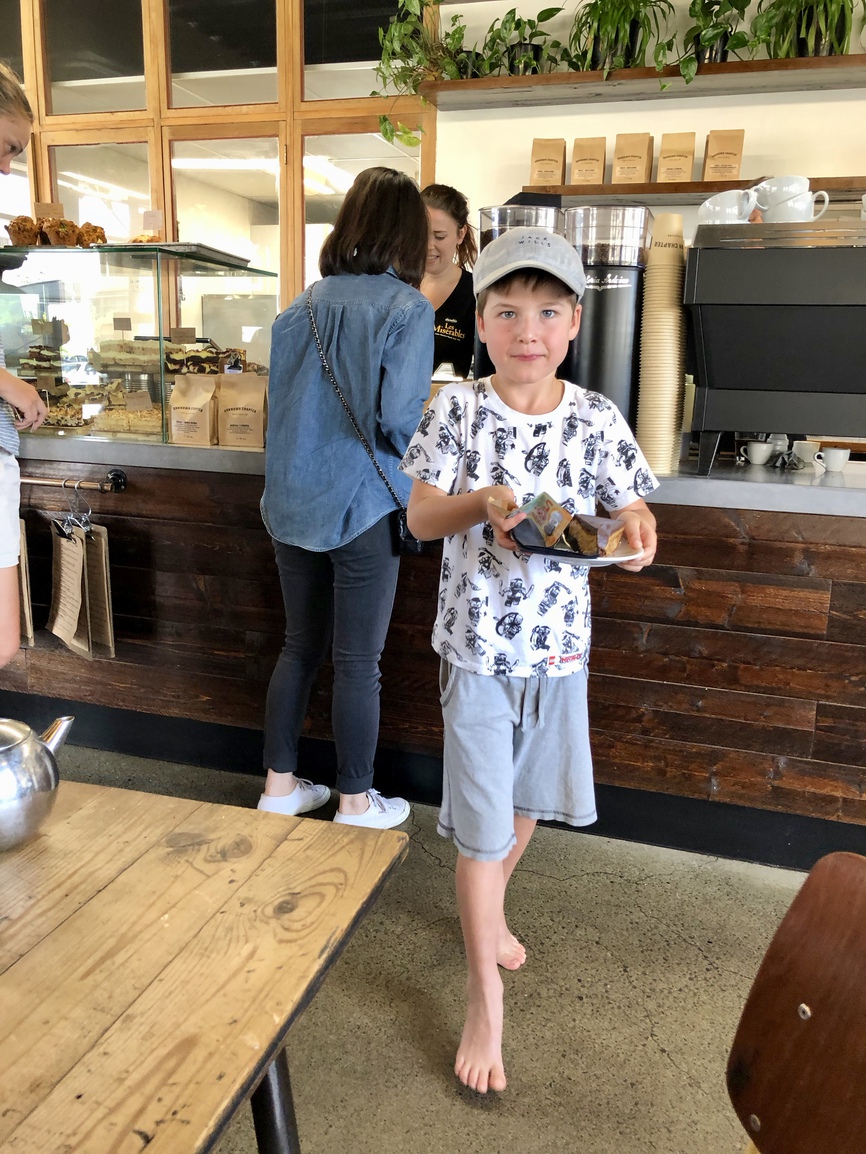 We had breakfast in the local cafe which was very popular with the locals and really great wholesome food. 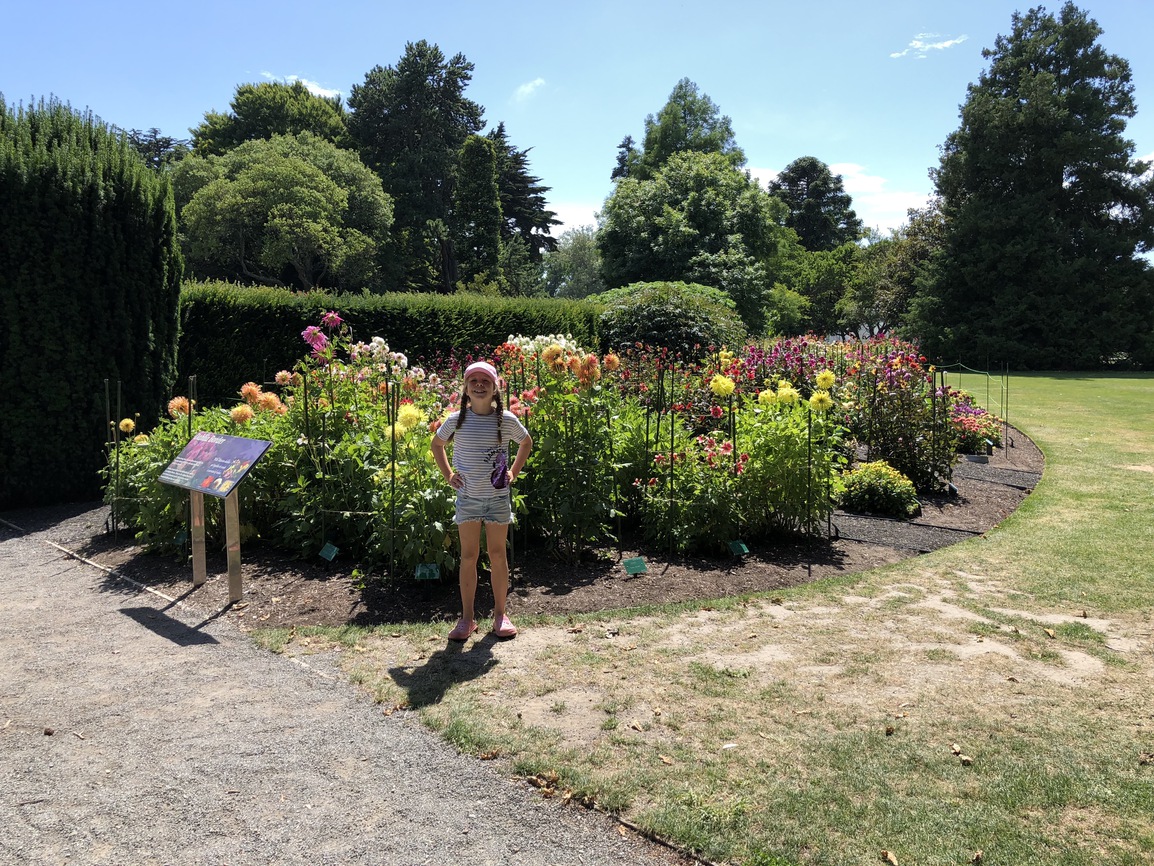 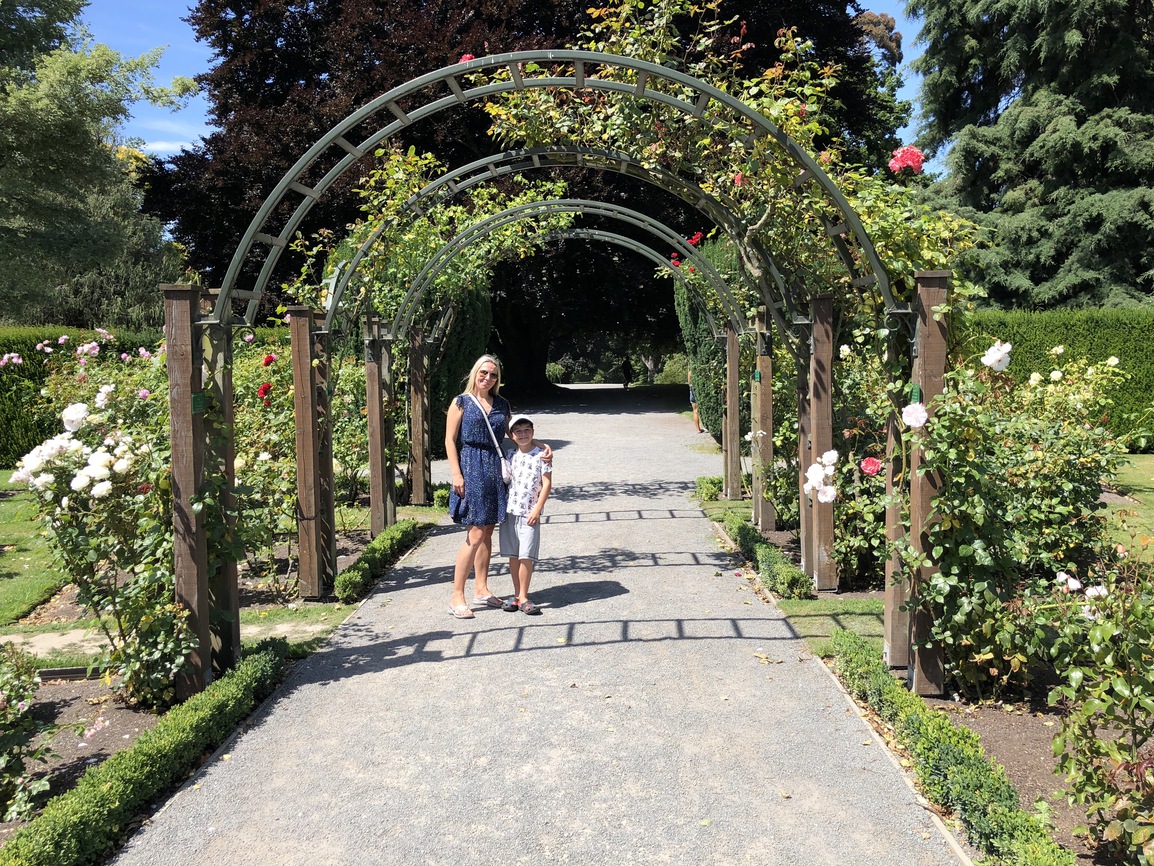 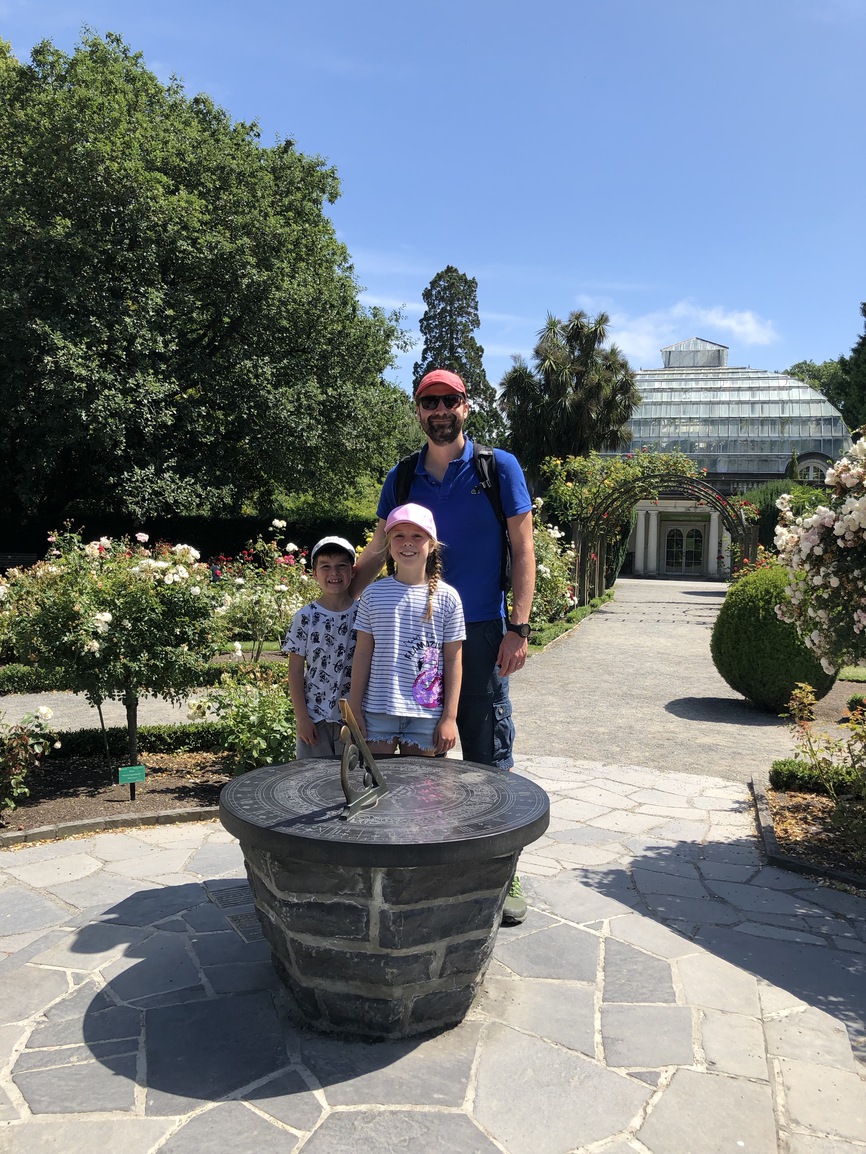 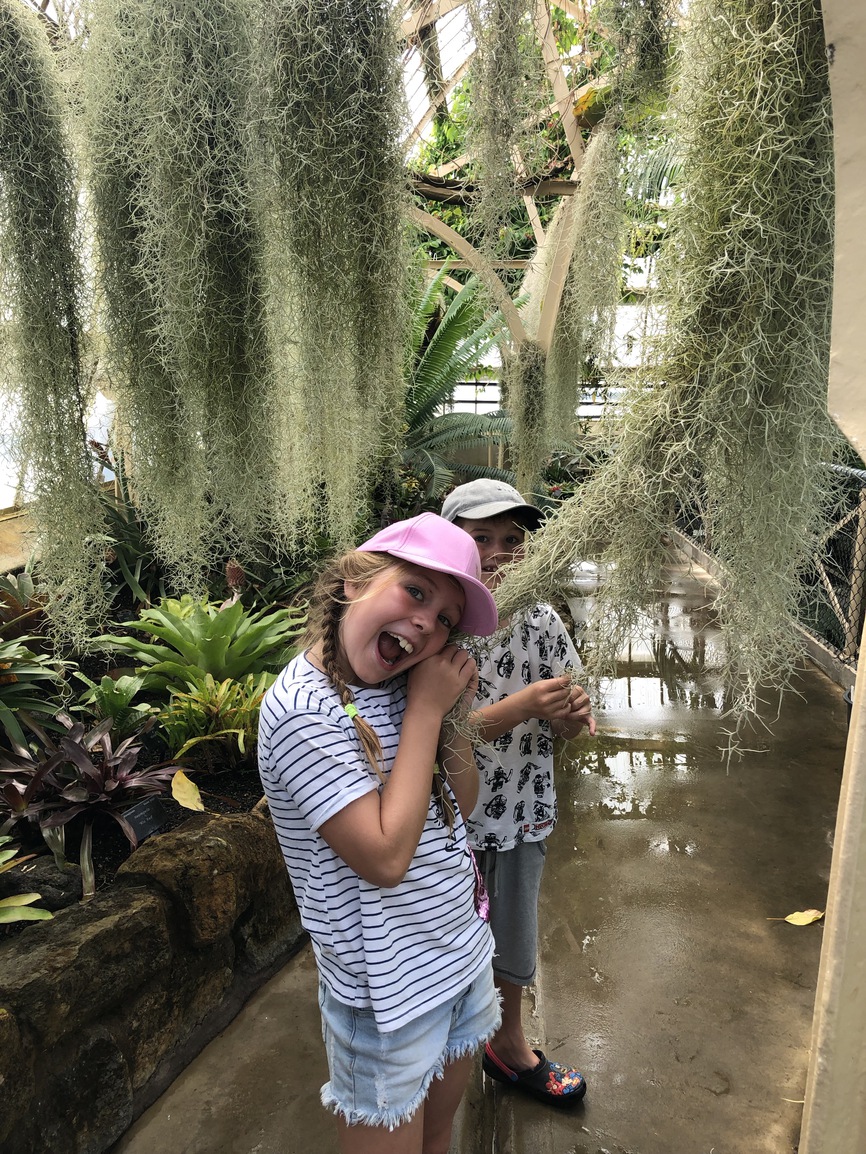 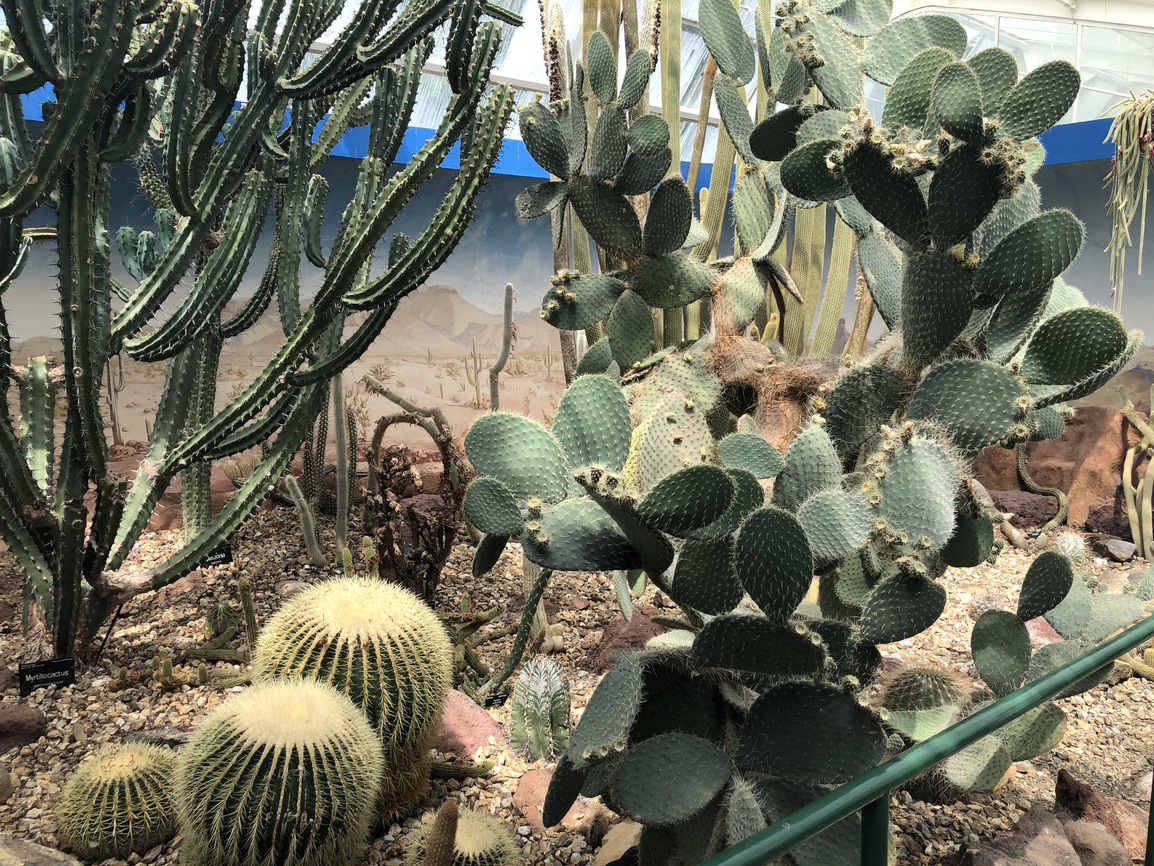 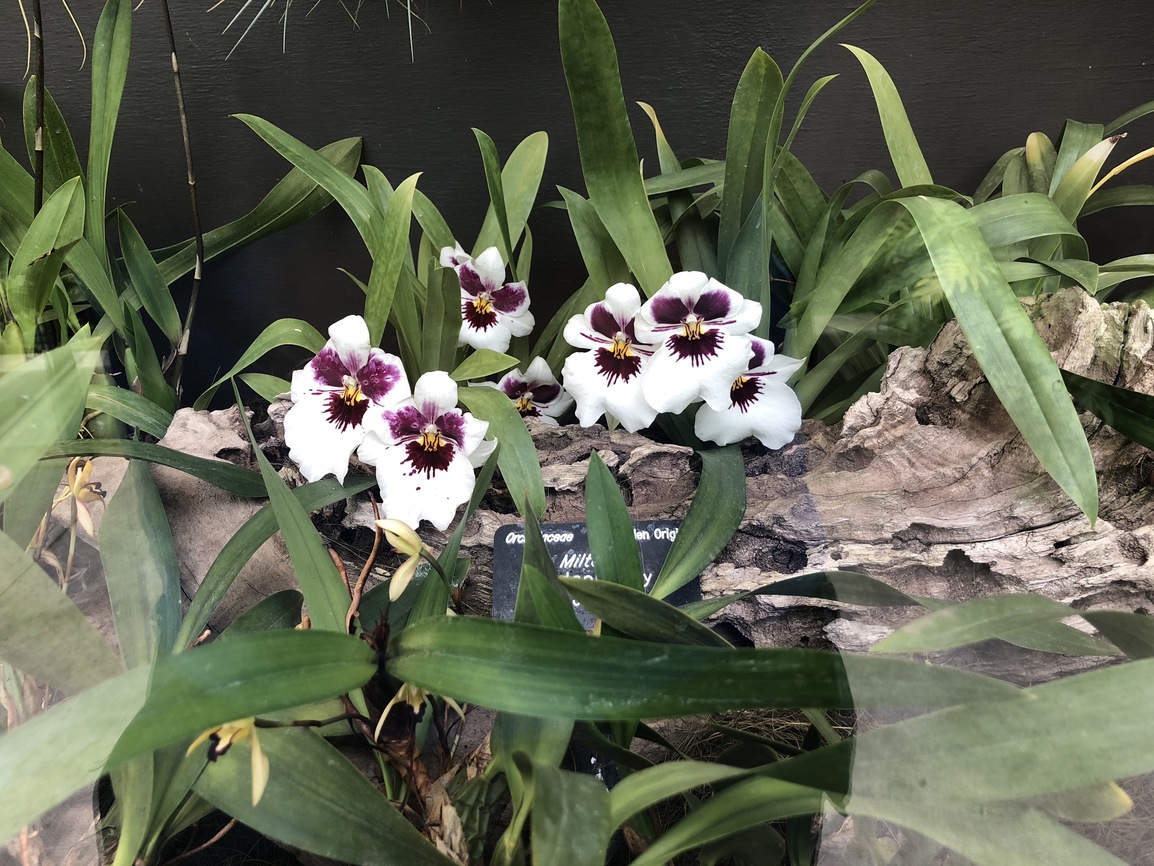 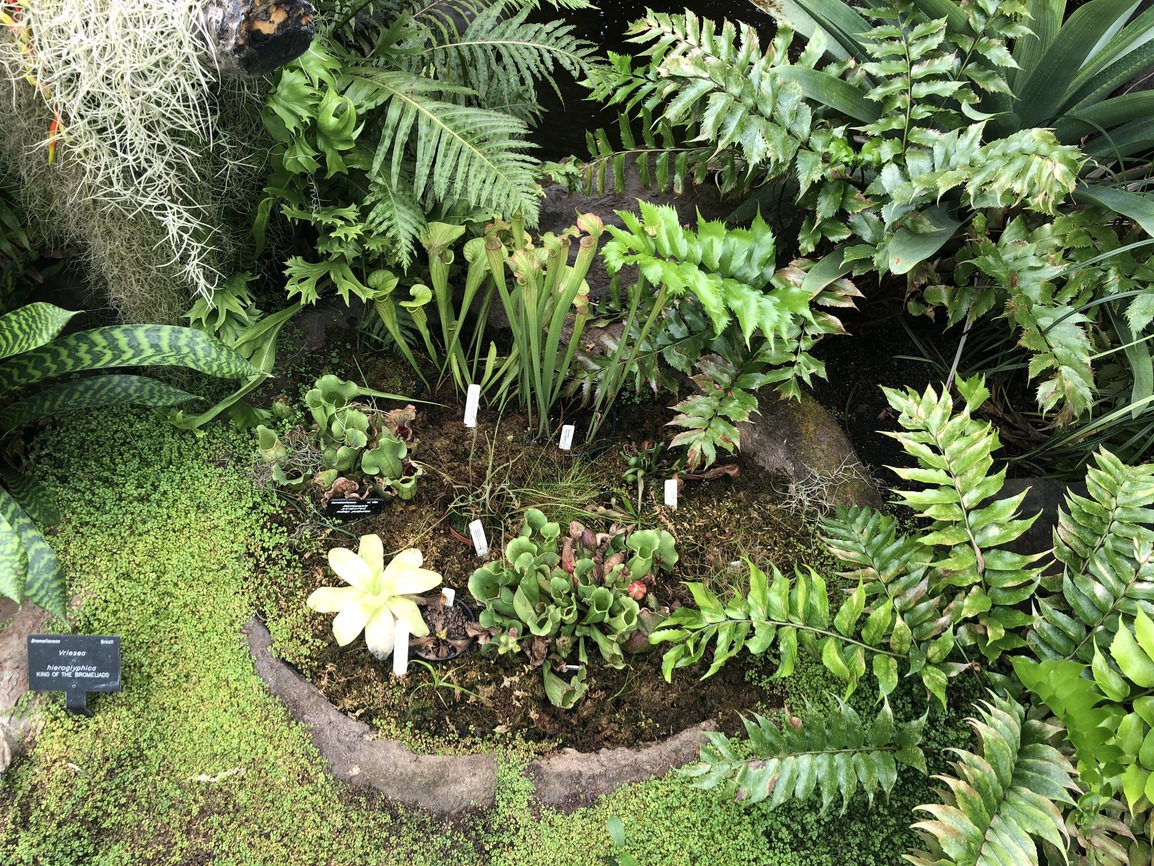 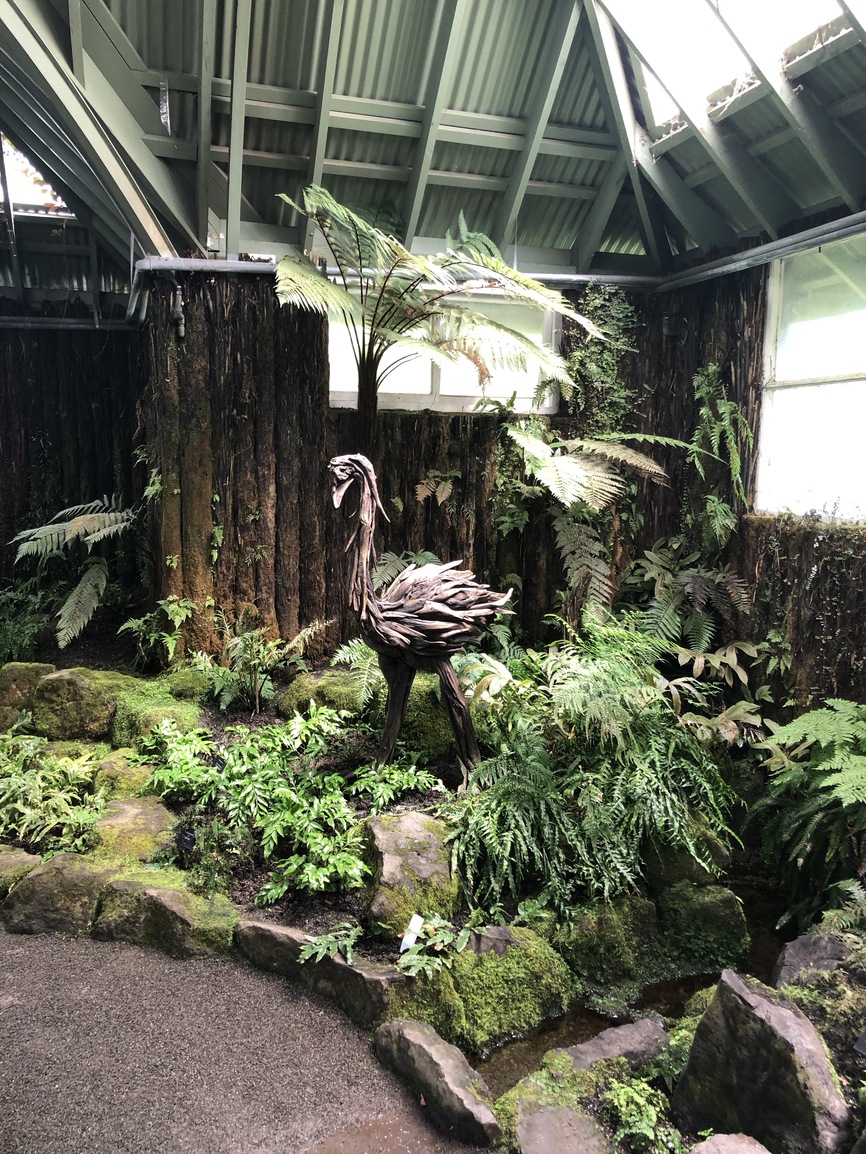 Afterwards we walked to North Hagley Park and the botanical gardens. We explored the rose garden, conservatory and fern garden which were all brilliant and kept us captivated looking at the fascinating plants. 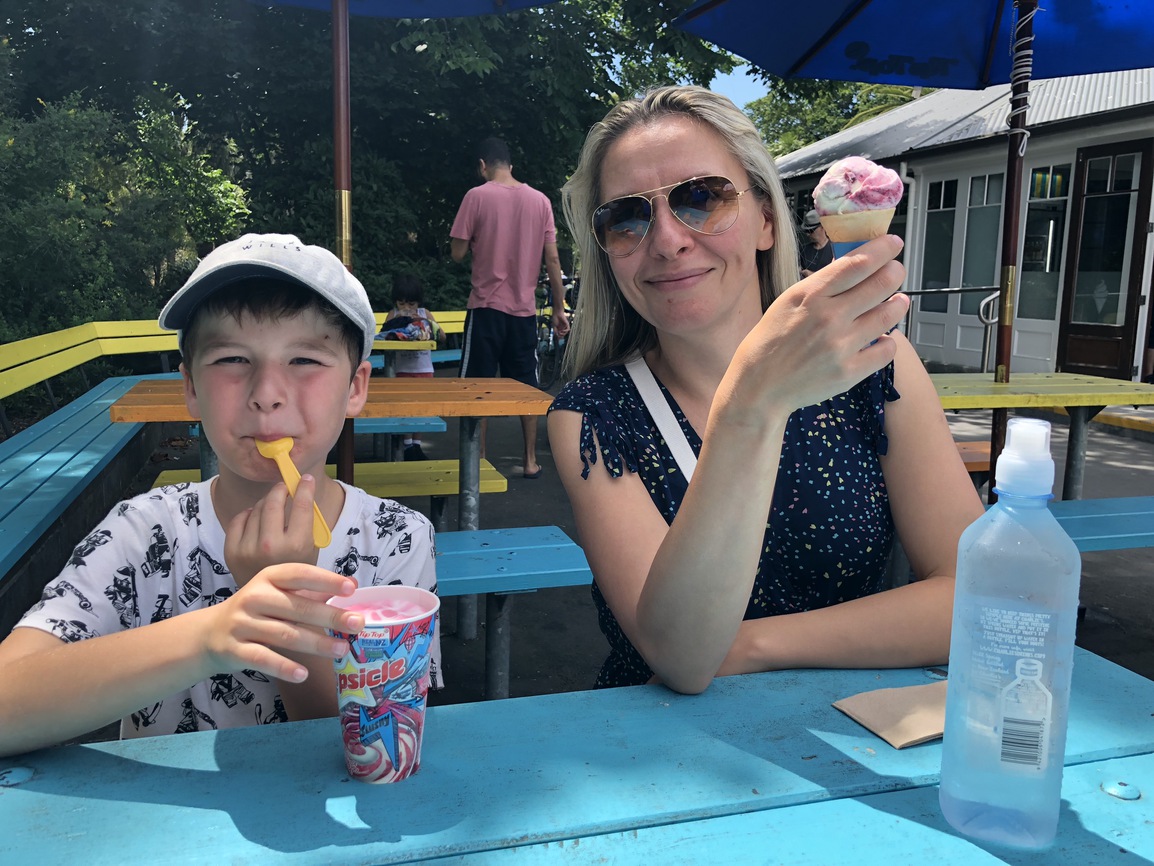 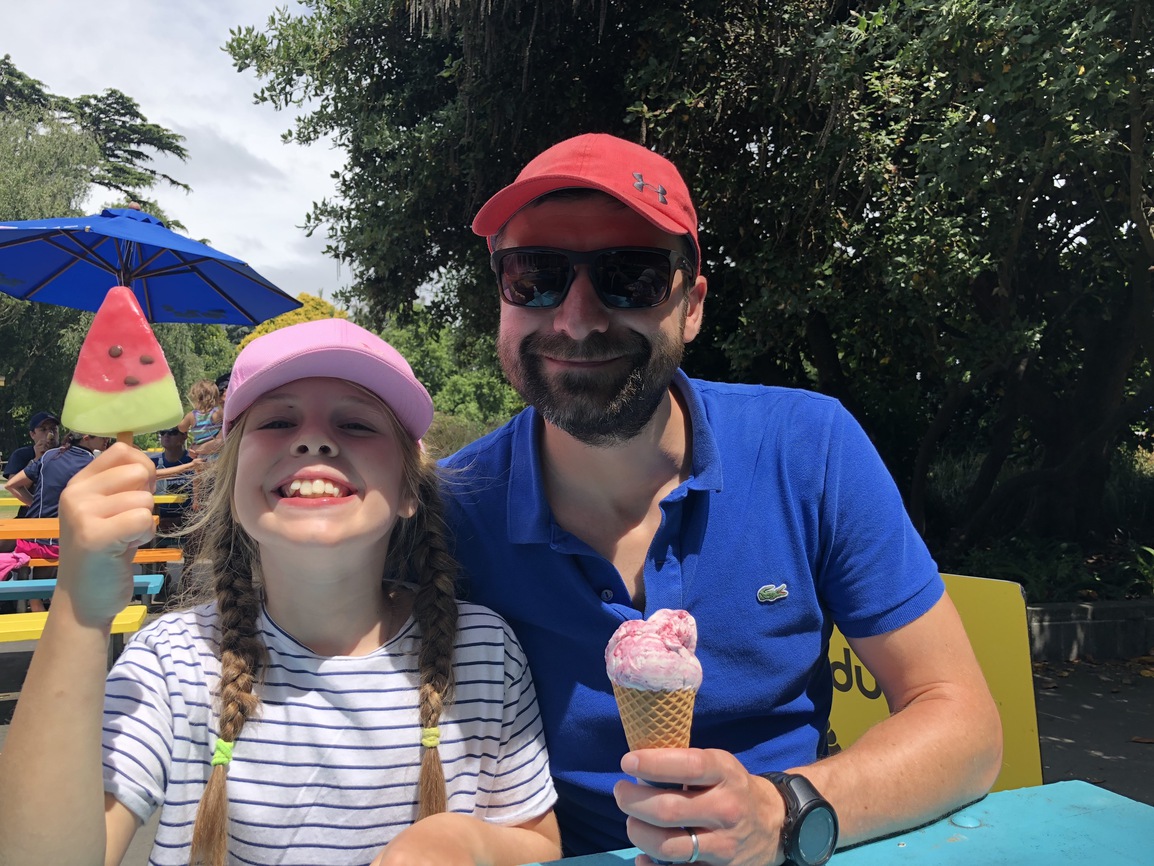 Our family policy dictates it’s not a holiday unless you have ice cream. We discovered Boysenberry ice cream while we were here, super delicious. After the ice cream the kids played on the play ground for a while before it was time to make a move.

We started walking back into the city with the intention of picking up our bags and going to the Antarctic centre near the airport but we were running out of time to fit it in before our flight. After walking along Worcester Blvd on the way out of the park we ended up deciding to stop for a late lunch at the art gallery restaurant and then visit the gallery afterwards.

The gallery had a variety of work, some modern some classical and walked around following the kids treasure hunt pack they received at reception. Not a big museum, but what they did have was good and the perfect size for size and activities children.

Around 4pm we decided it really was time to be making a move for the airport. We walked back to the hotel, ordered an Uber and 30 mins later we were checking in.

After security, buying gifts, writing post cards and snacking we were ready to board the delayed flight to Auckland and the first leg in our monster 30+ hour journey back to the other side of the world.

The first flight was only an hour and we were back in Auckland but late for our connecting flight to LA and in the domestic terminal! We ran through the airport complex not wanting to miss our onward flight with some other families in the same predicament. After asking to jump to the front of the security queue and sprinting through the international terminal (naturally our gate was the furthest away from security) we arrived half way through boarding and a little sweaty but we made it.

We slumped into our seats and relaxed for the 13 hour flight to LA and the dreaded US immigration queues. The flight went smoothly and although the queues were bad, they weren’t as bad as on the way out. At least this time they some sense of order, we knew where we were going and crucially we knew the plane would wait for us. The fact that we even had to go through immigration is madness given the plane goes straight on to London, our baggage stays onboard and we sit in the same seats. Next time we’ll fly the opposite way around the globe!

Just a shorter 9 hour flight and then we were back in the UK with a very well organised immigration queue, even if we did have to wait a short time. 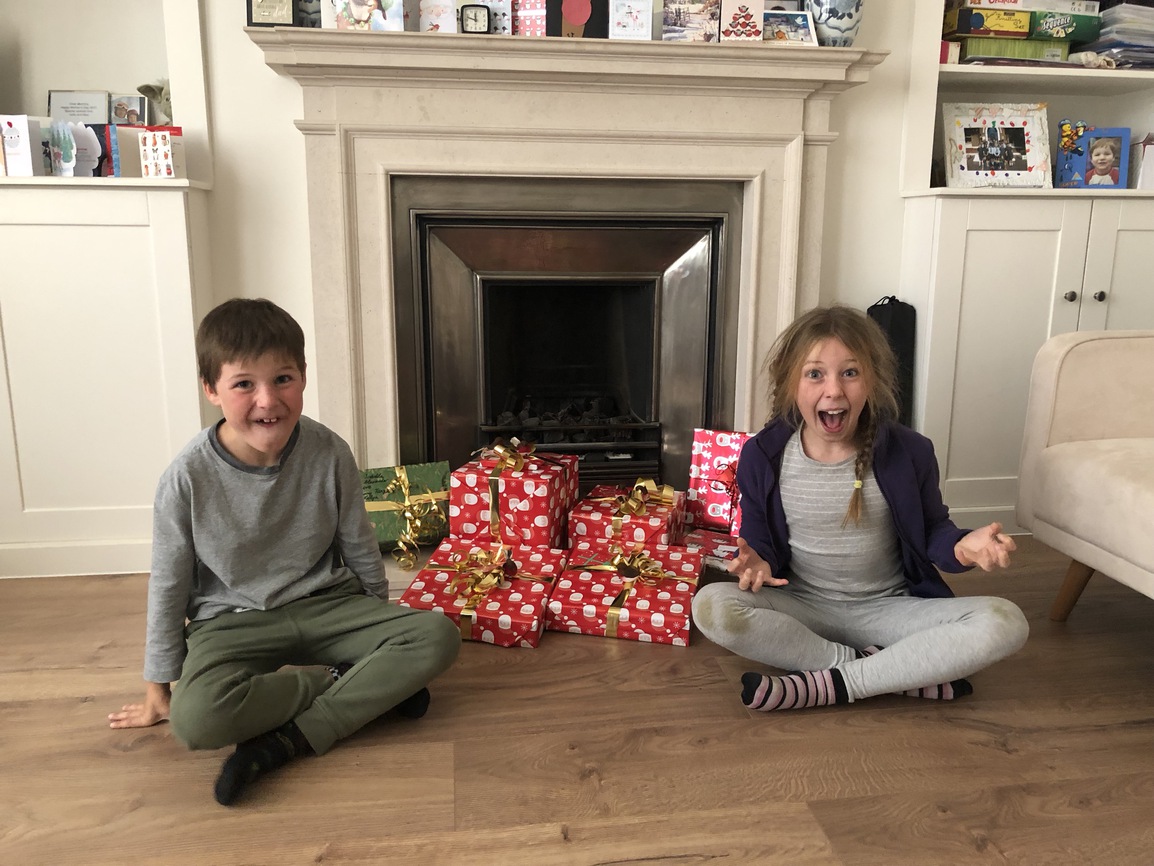 A taxi picked us up from arrivals and took us home to find that Father Christmas had dropped by while we were away!

A truly amazing, once in a lifetime experience and family memories that we’ll cherish forever. We’ve been walking, kayaking, horse trekking, mountain biking, jet boating, cave exploring and woken up in some breathtaking places - the credit needs to go to Diana for dreaming of kayaking on Lake Wanaka, planning the whole trip and making it a reality.

Until the next adventure.

Number of sand fly bites: Too many