6am start today and an early breakfast ready for an 8am start. No beef with noodles today so we had to settle for pork with peppers and watermelon for breakfast.

We start out by jumping on the bus and heading to Ho Chi Minh’s Mausoleum. Ho Chi Minh is seen as the father of modern Vietnam, a hero of the people for liberating them from the French and Japanese occupation and is also the founder of the Communist party in Vietnam. 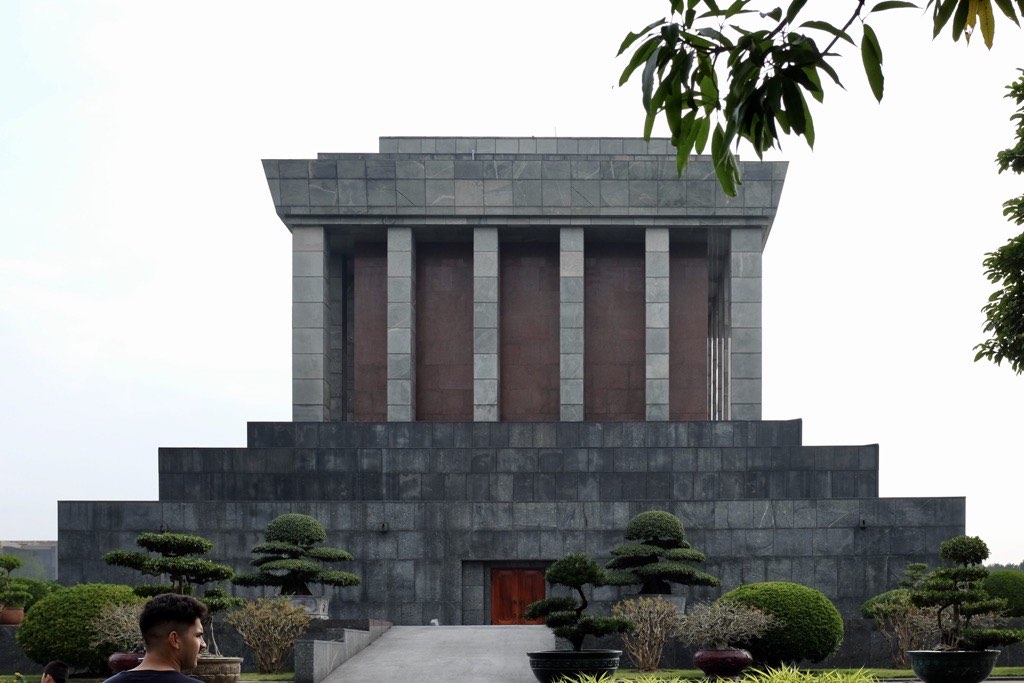 The mausoleum itself is a typical imposing design surrounded with highly manicured gardens and a red carpet throughout. We are whisked through the viewing room single file with no stopping permitted, anyone not walking fast enough is encouraged to walk faster by the honour guard. Around us there are many school and cadet groups who are visiting for their once-in-a-lifetime experience. The children call out hello, waving and giggling. Diana and I are accosted for selfies with some random Chinese visitors which is funny.

Once we’ve seen HCM we continue through the complex viewing the presidential palace, HCM’s original house along with his minimalist stilt house which he commissioned after spending time in the Vietnamese mountains with an ethnic group. It’s an interesting insight into the history of Vietnam. 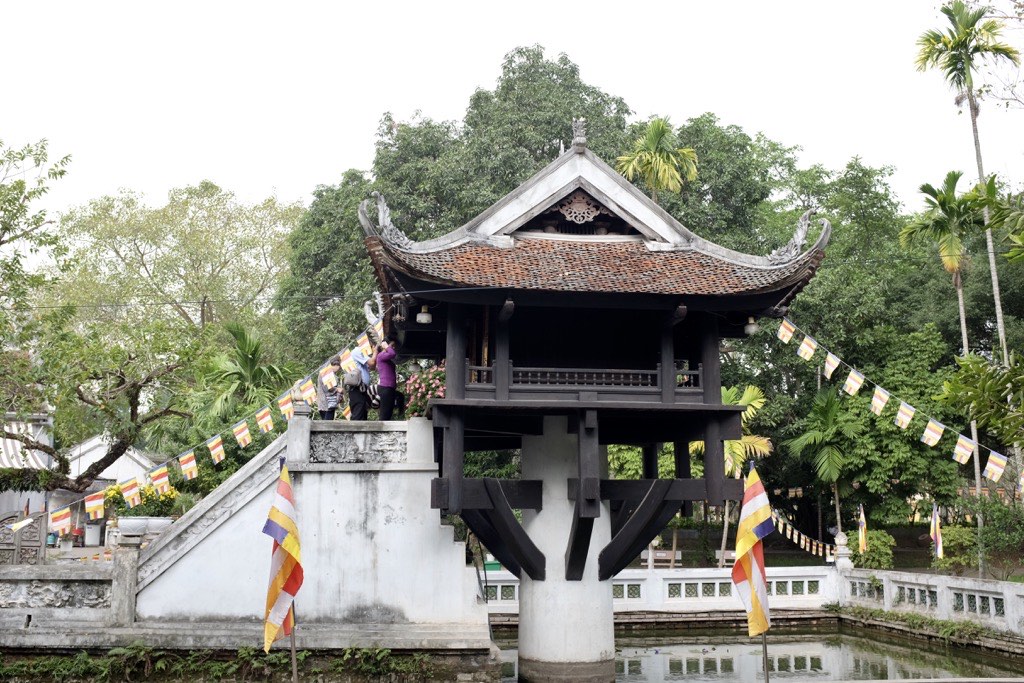 We then move on to the One Pillar Pagoda which is supposed to symbolise a lotus flower and was built 1000 years ago by an emperor in celebration of receiving a son. 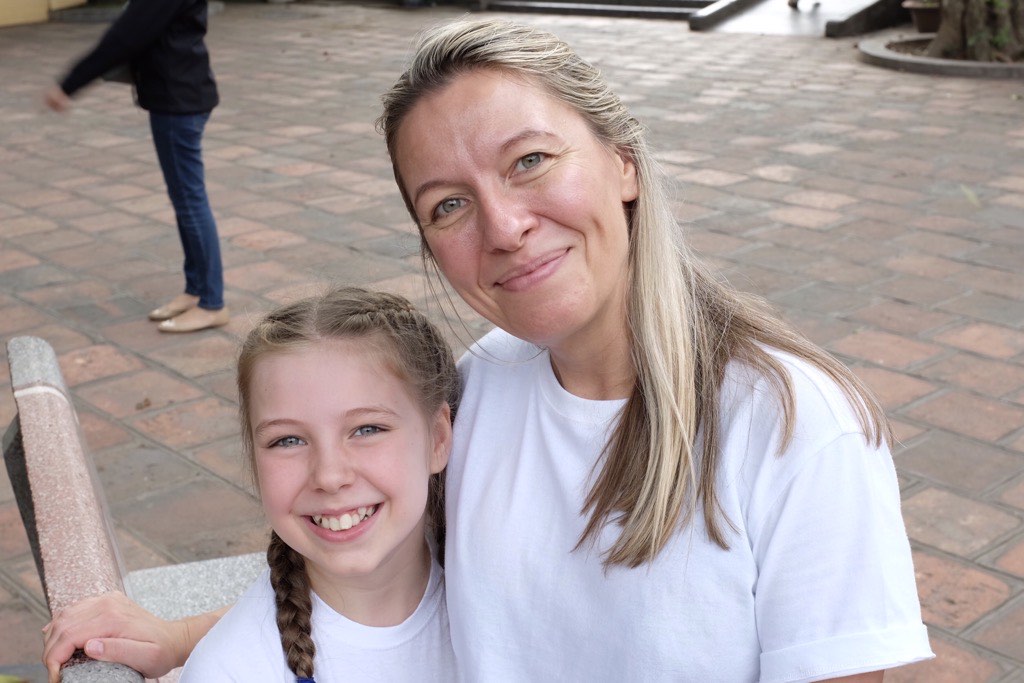 Next up is the Museum of Ethnology which demonstrates the various cultures and people that make up Vietnam. In all there are 54 ethnic minority groups that live within Vietnam which all have different dialects, clothing, traditions and architectural styles. 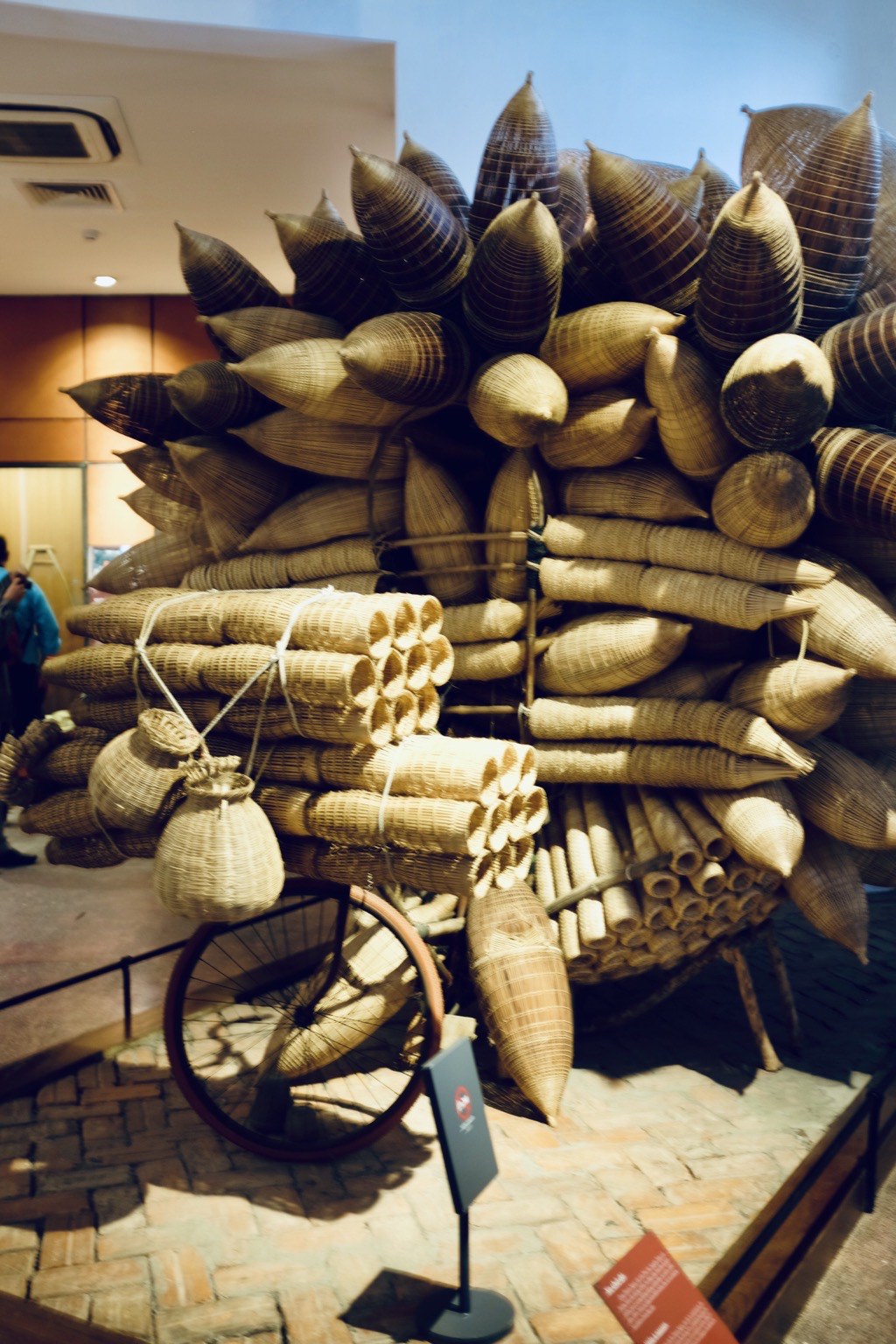 I felt the most interesting part of visit was the reconstruction of the various styles of housing within the grounds of the museum. 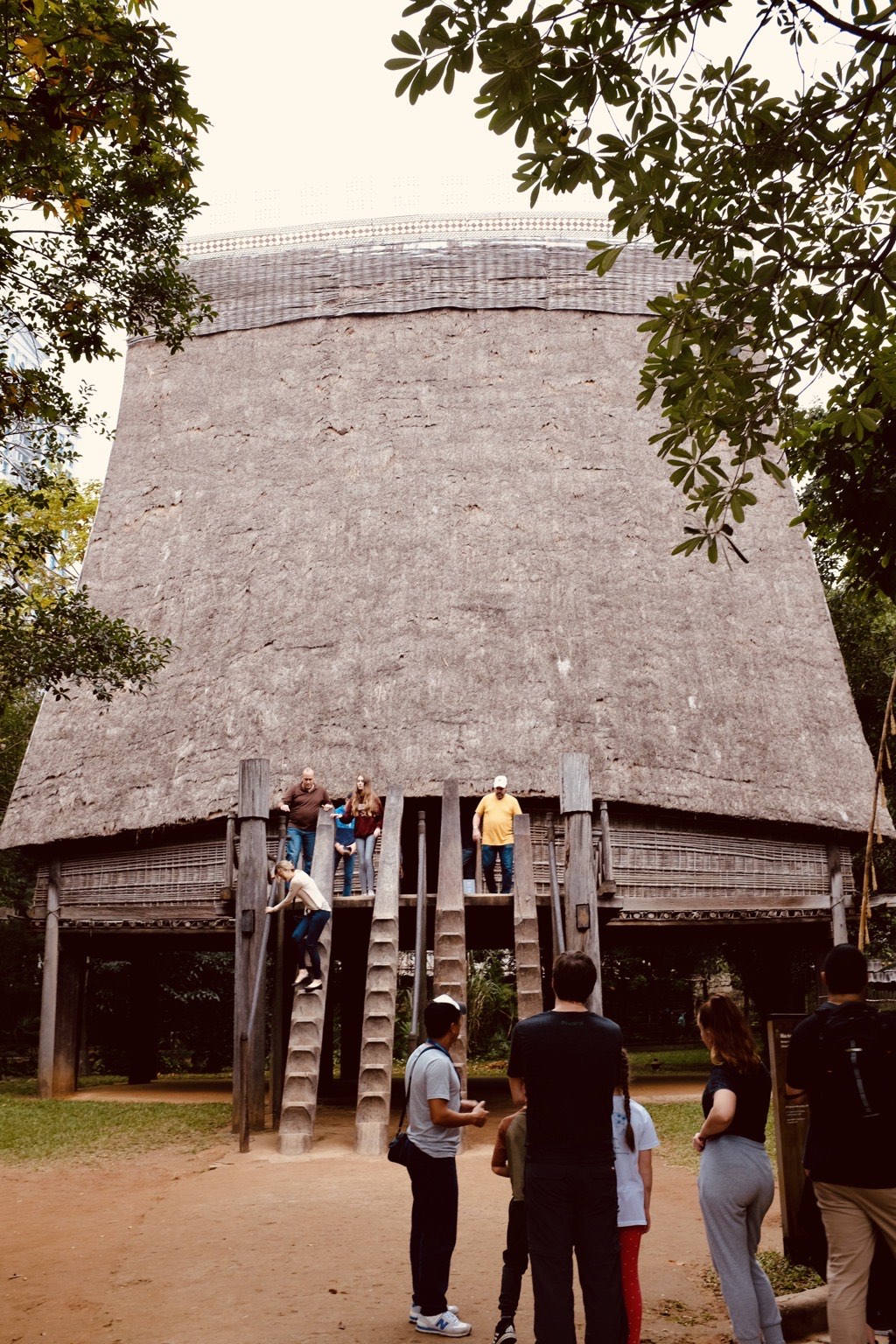 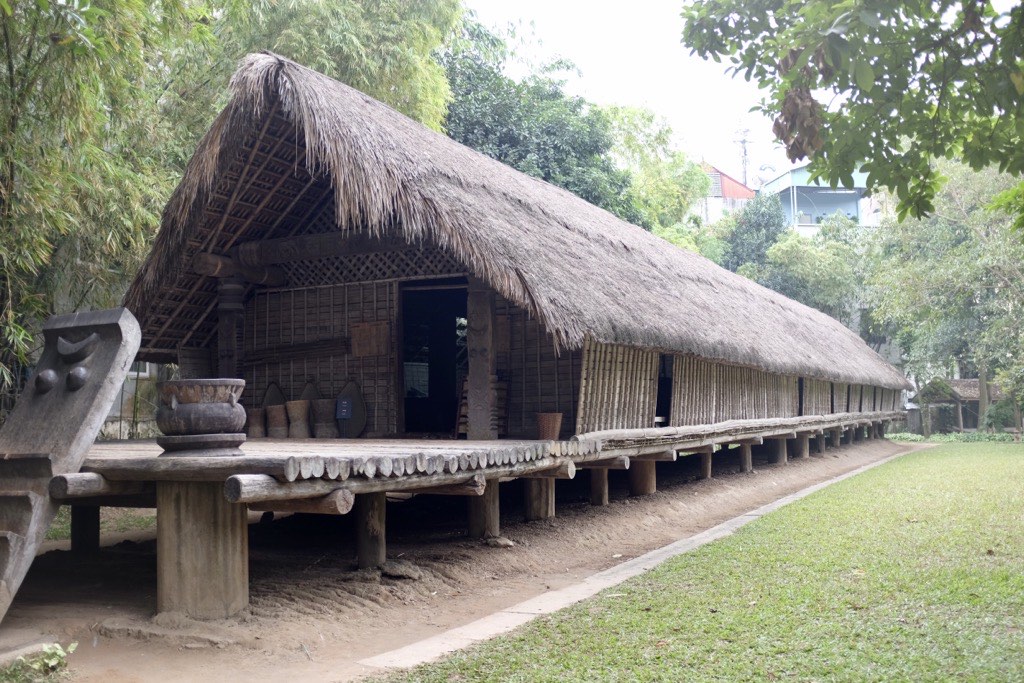 The stand out styles being the super tall communal building of one group and the long house of another which was extended each time a daughter was married. 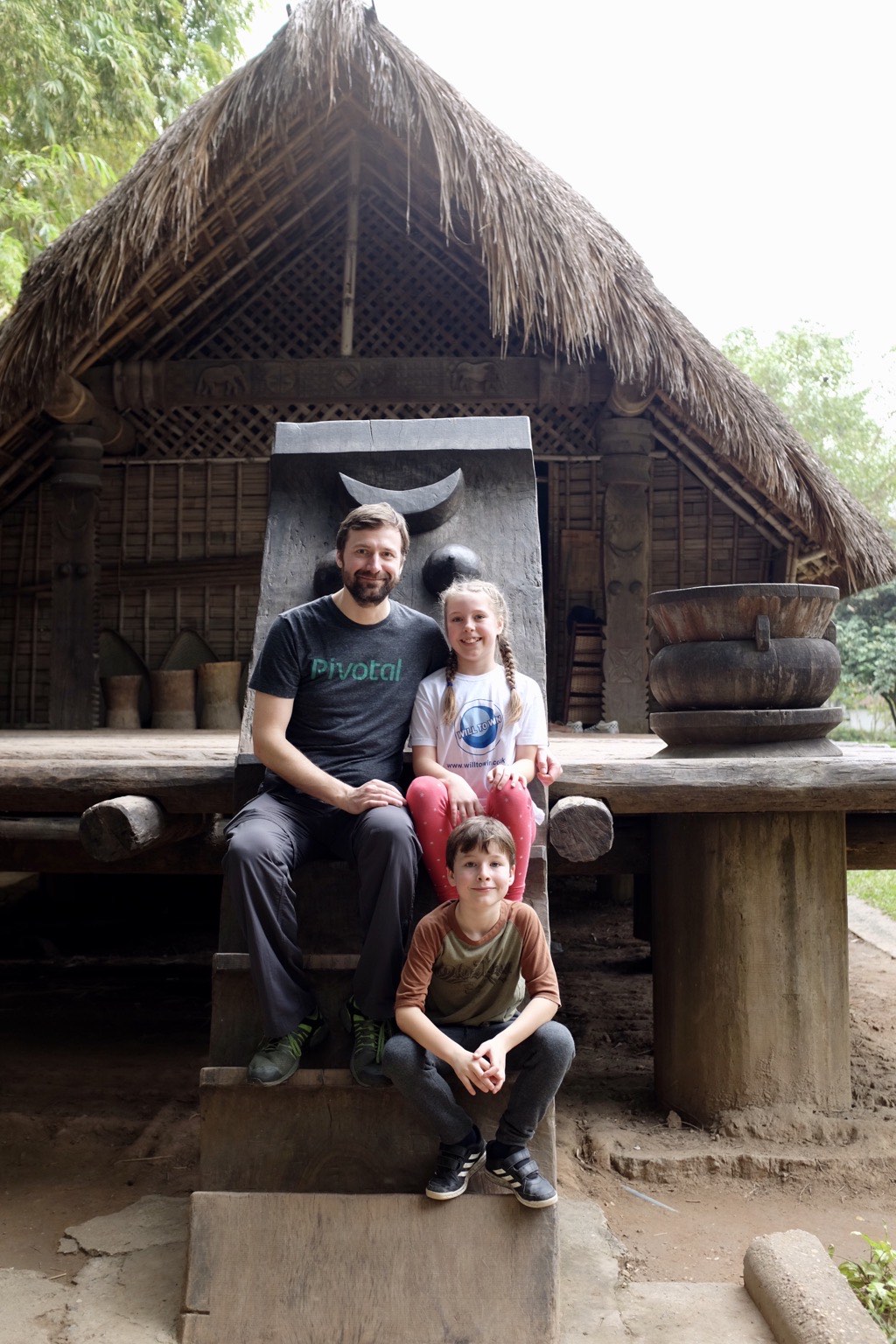 By the end we’re starving and it’s time for lunch. We head over to KOTO (Know One Teach One) which is a restaurant which trains disadvantaged and homeless children in order to give them a fresh start. The food was pleasant and plentiful and the service was attentive. We got the feeling we were being practiced on by the waiting staff, which in fact we were. 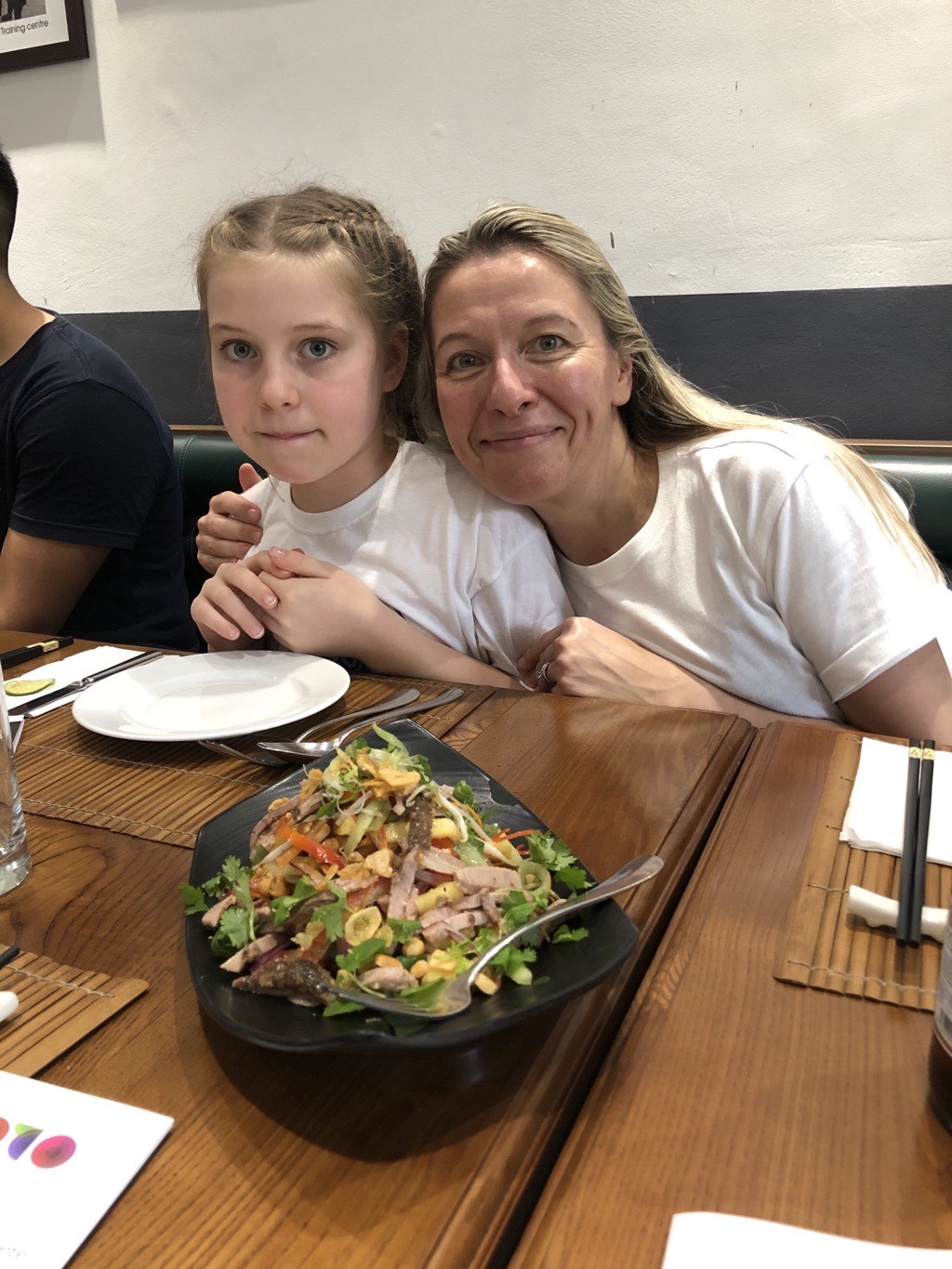 After lunch we walk across the street to the Temple of Literature which was built in 1070 in honour of Confucius and was Vietnam’s first university. Scholars who passed the exam went on to take positions in the government and help run the country. 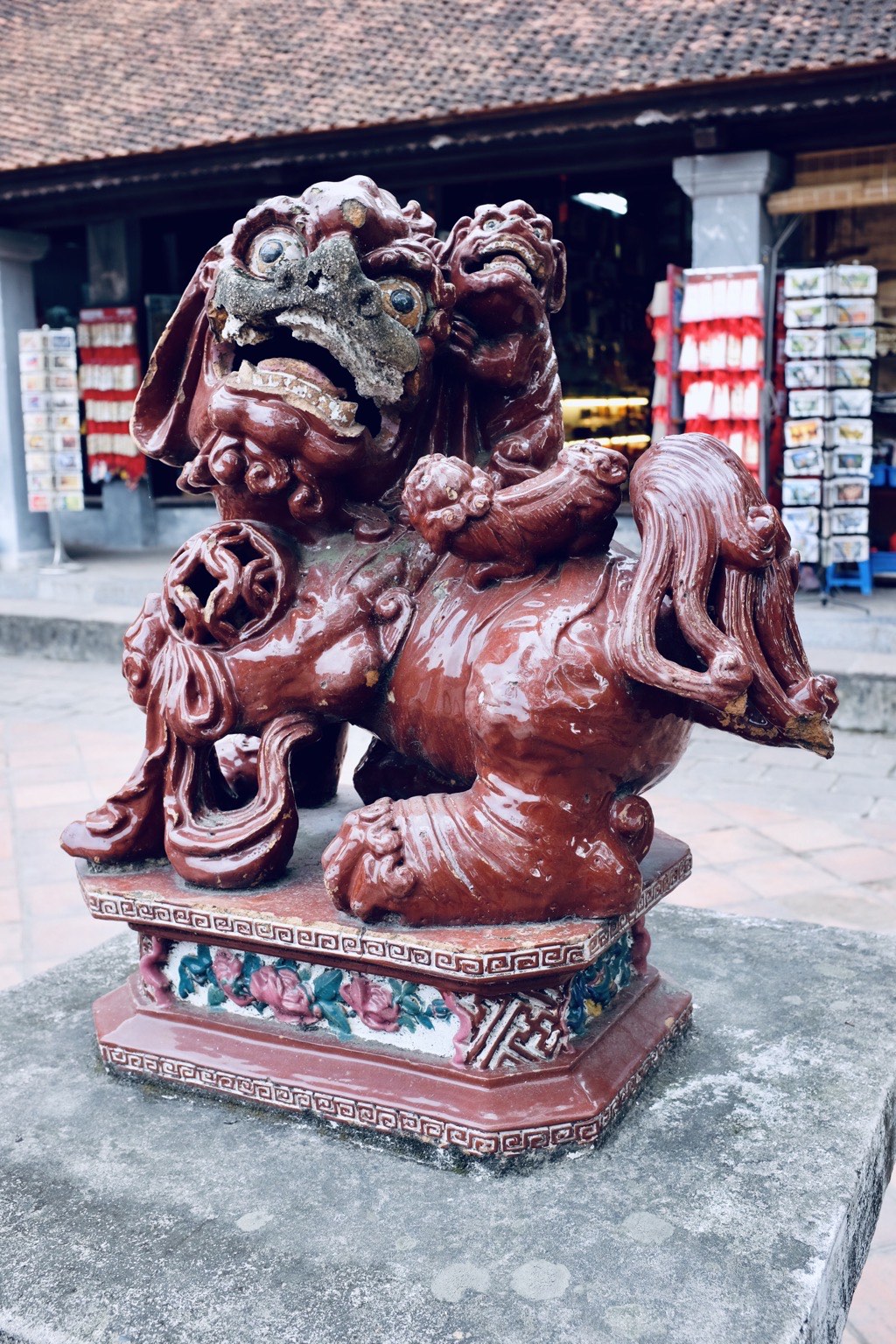 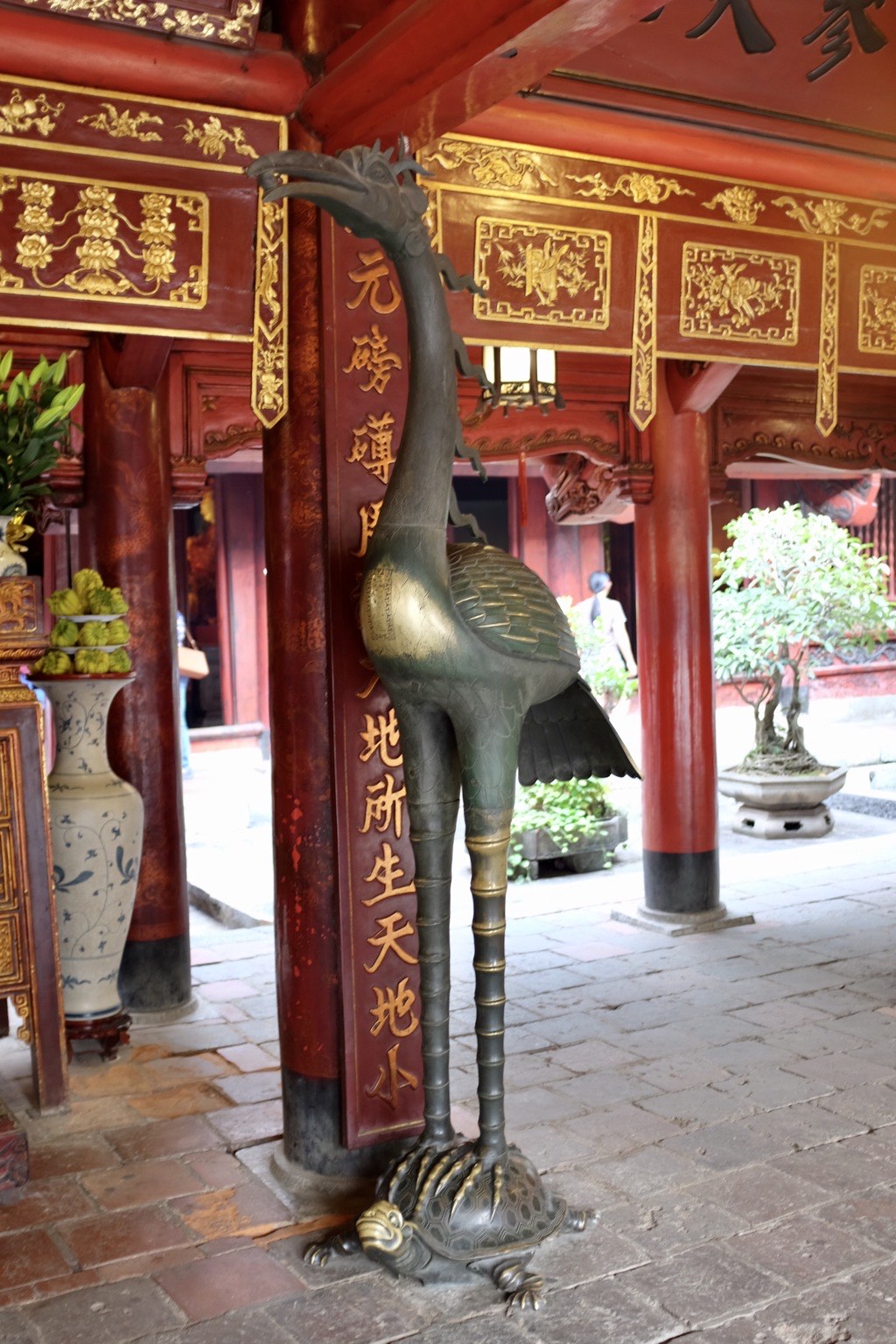 We also learnt of the 4 sacred animals, the Unicorn, Phoenix, Turtle and Dragon which are present throughout the Temple. The Unicorn looks more like a lion but still features a small horn on its head. 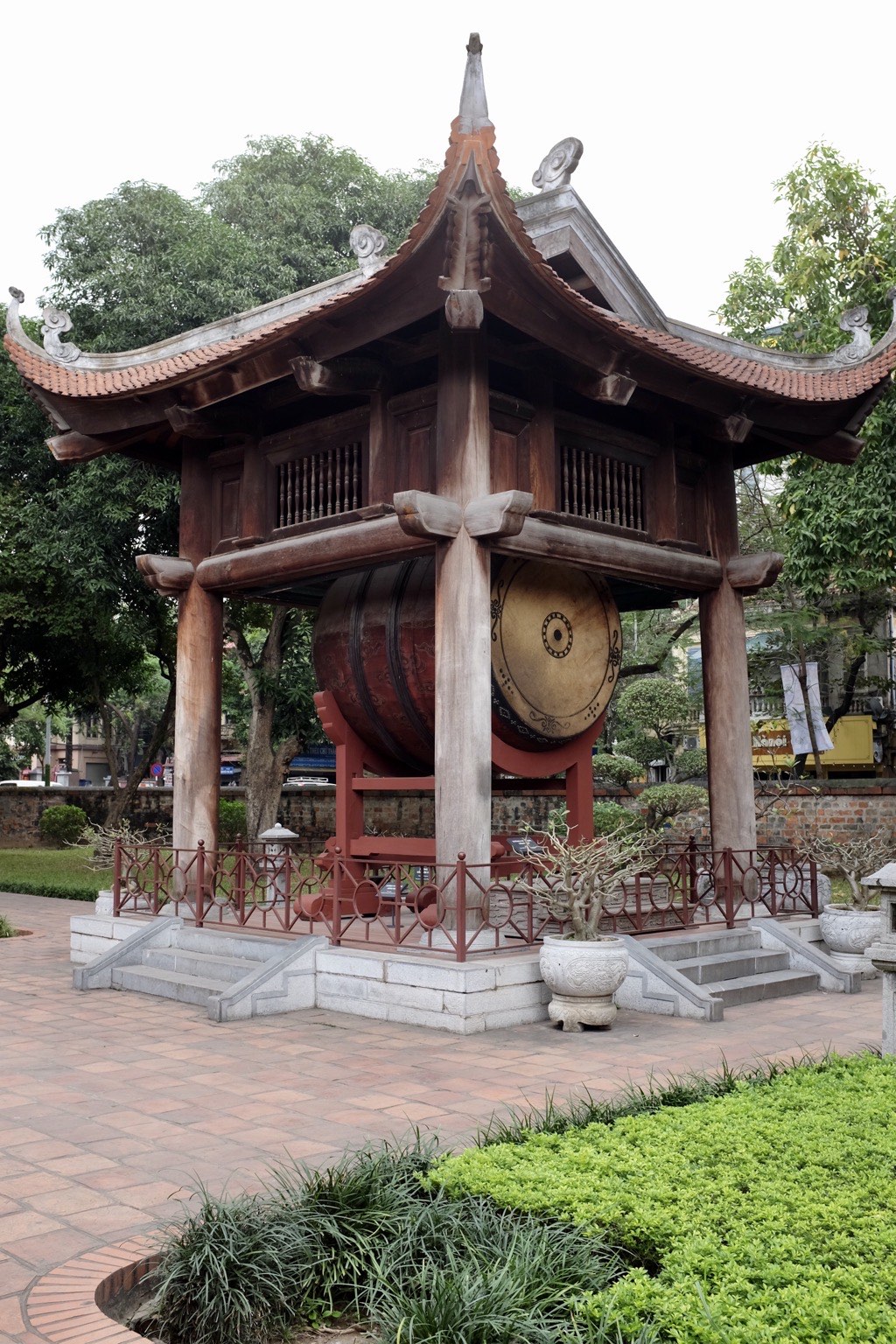 After the university it’s back to the hotel for a couple of hours of free time. We take a nap as we’re feeling jet lagged and meet back in the hotel lobby at 4:30pm for the Water Puppet performance.

It’s spotting with rain outside but since it’s rush hour we’d have to wait a long time for a taxi and opt to walk. The walk is less stressful than yesterday’s attempt but you still need to keep your wits about you! 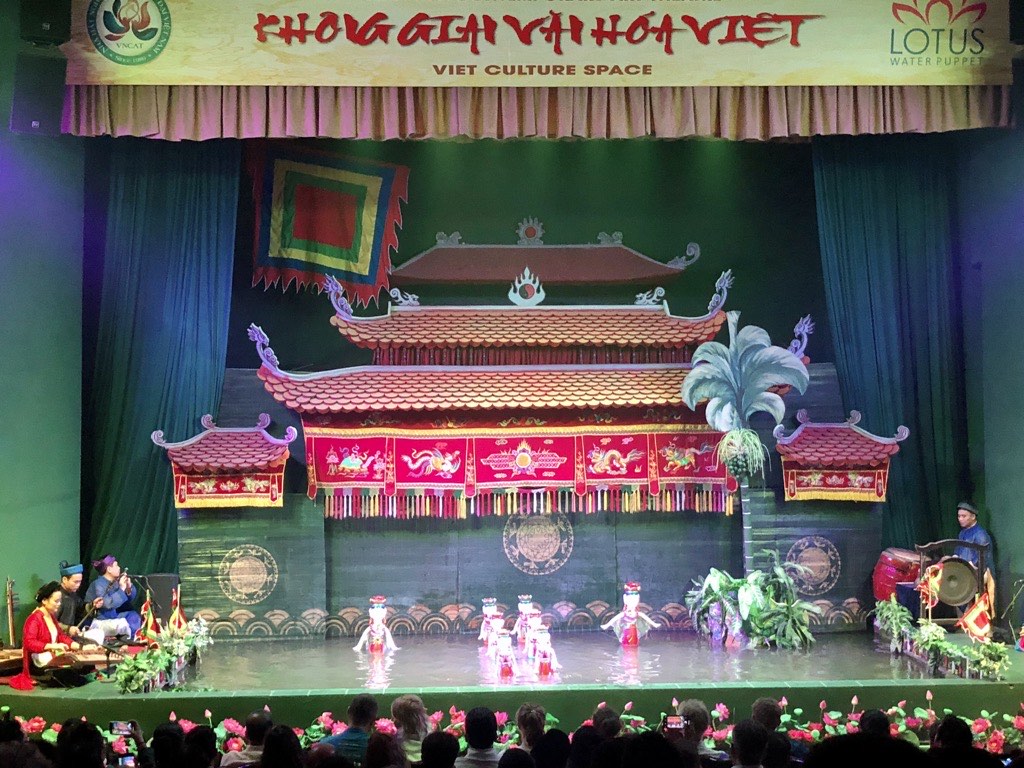 The water puppet performance is enjoyable and we were impressed when they moved fireworks around under the water to create a smokey atmosphere. The performance is centred around the 4 sacred animals and is not as dry as I was expecting as there’s an element of tongue in check slapstick about some of the scenes. 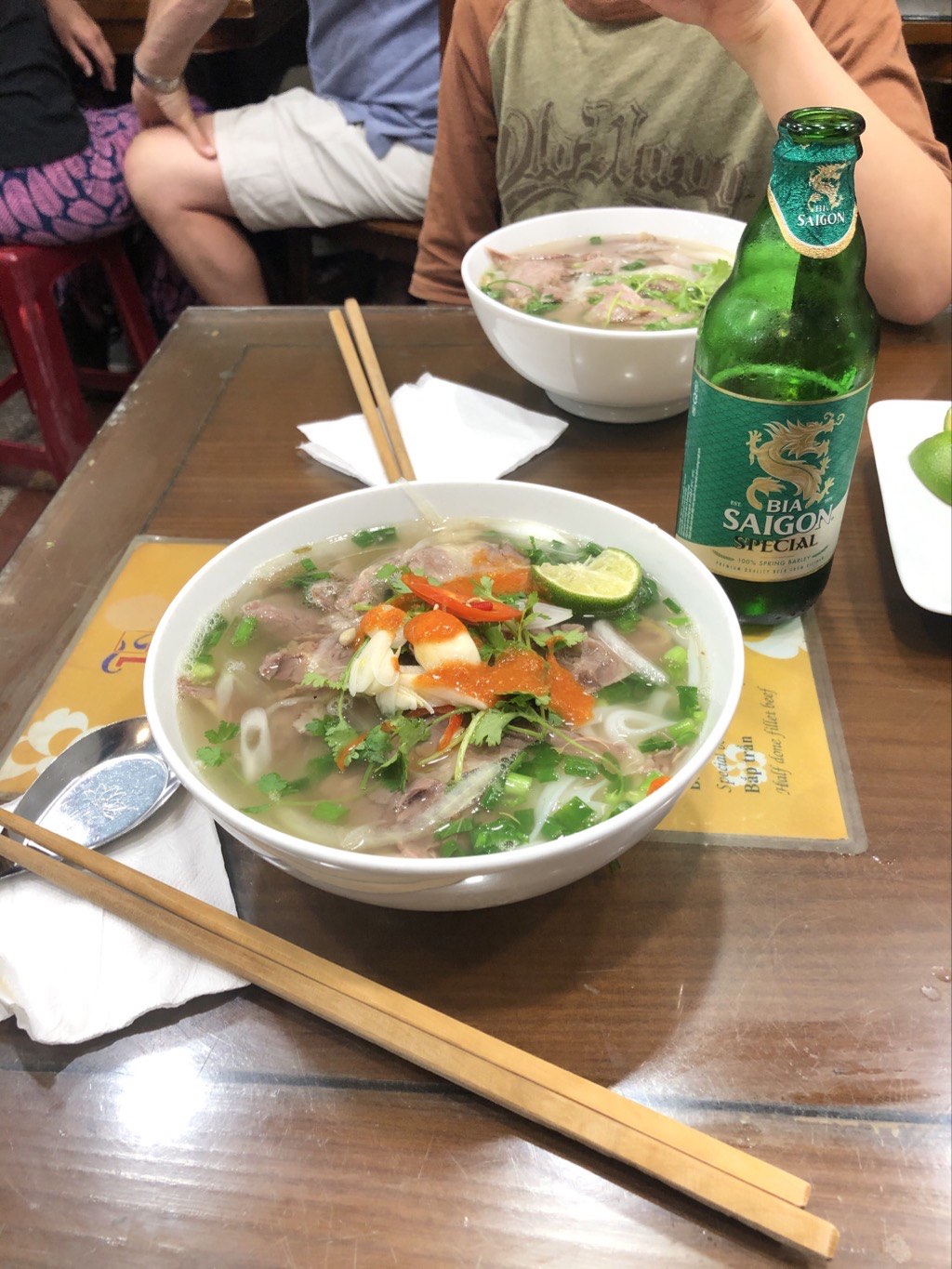 Afterwards we go out for Pho which is the famous Vietnamese Noodle Soup. It’s delicious and the chilli’s are strangely hot in that you break out in a sweat even though your mouth isn’t on fire.

Finally we walk back to the hotel and relax with a drink in the bar before bed. Tomorrow is another early start and we’re off to stay in a boat on Halong Bay.