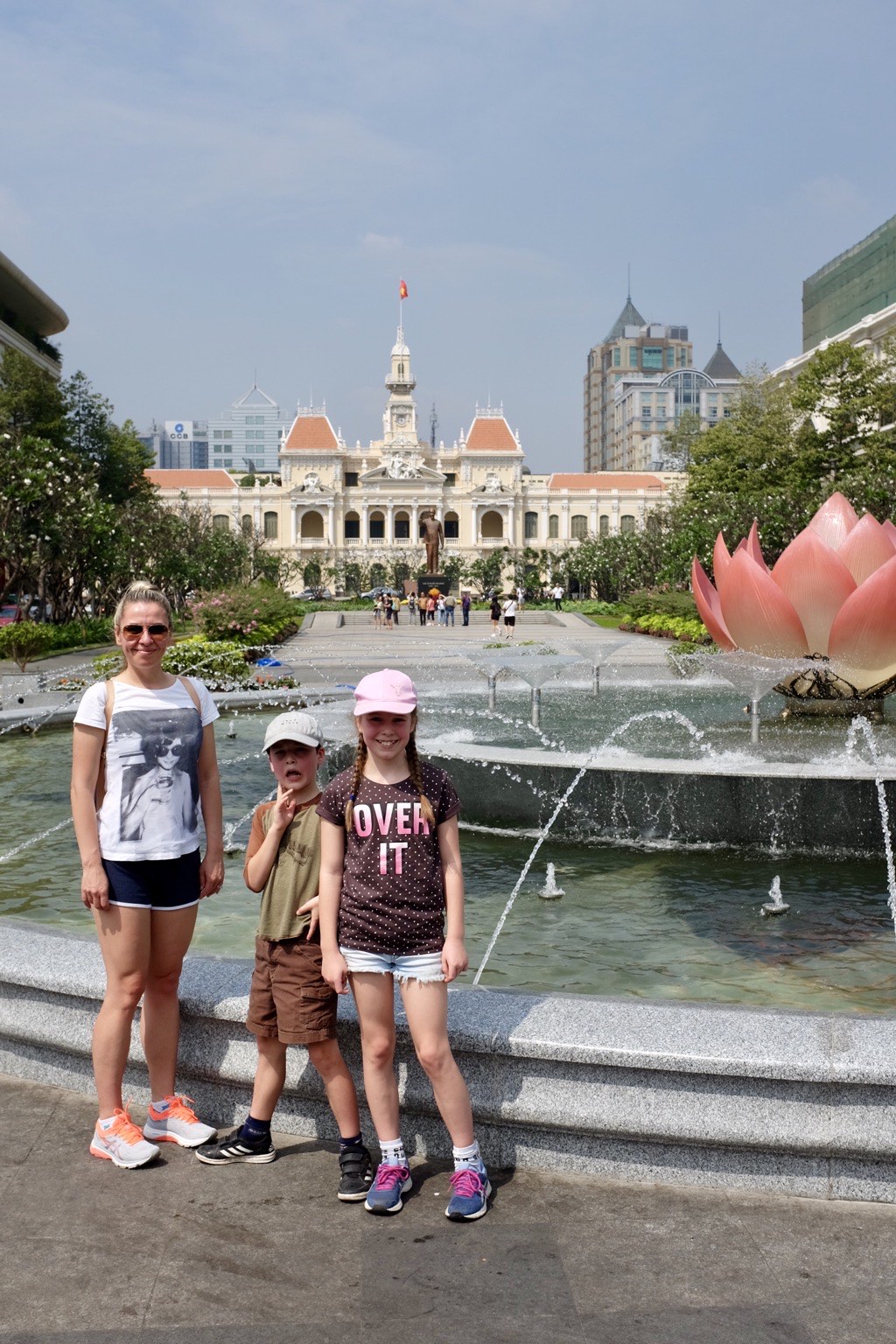 We took the opportunity to have a lie in and a late breakfast which was nice after all the early starts.

We checked out at 11am, leaving our bags at reception and took a walk to the Notre Dame Catherdral of Saigon. 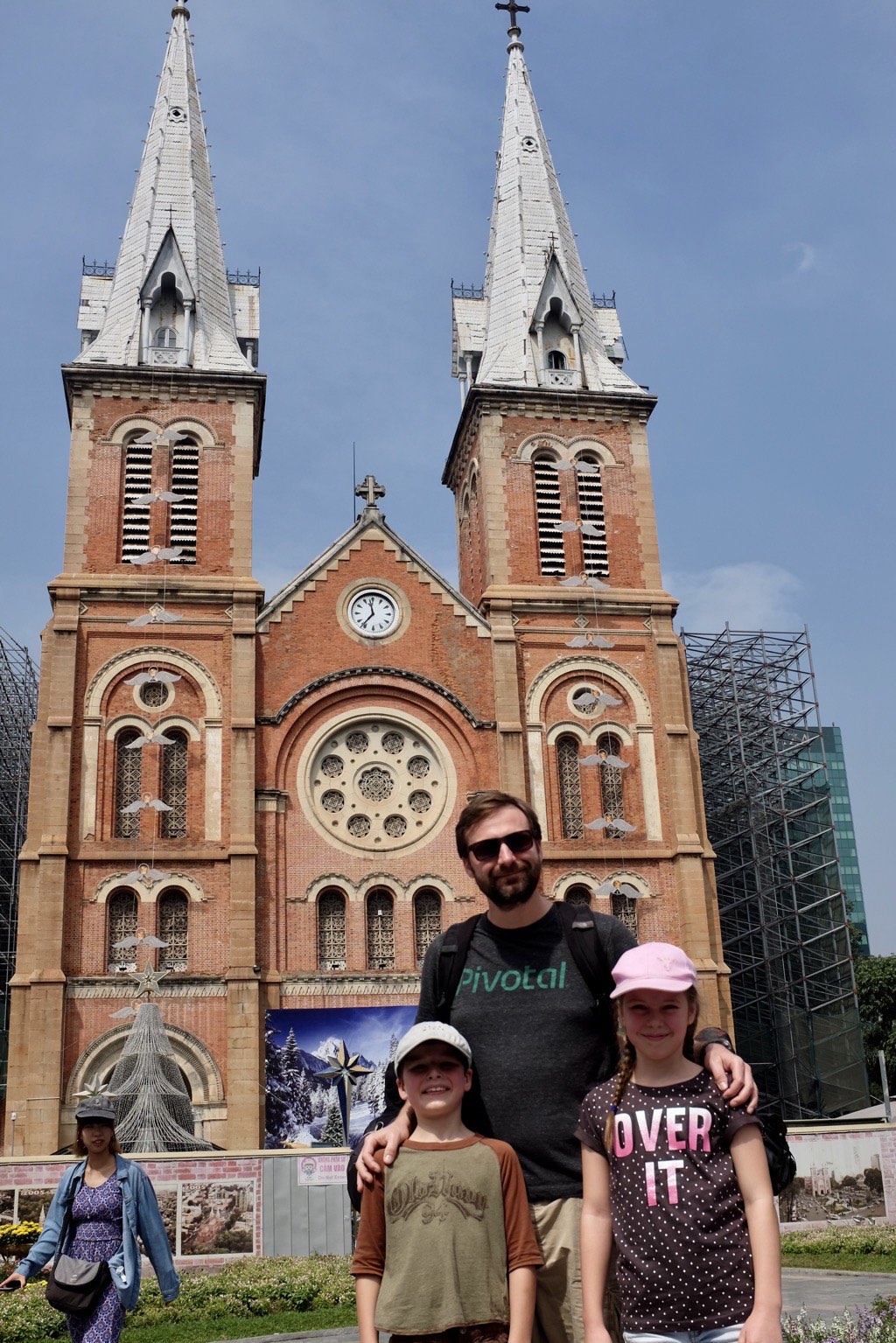 The cathedral was build from bricks imported from France and looks completely out of place. It’s also closed for renovation so it’s a short visit.

Next we walk past Ho Chi Minh’s statue and take some photos by the fountain on the way to the observation deck of a nearby skyscraper which has become something of a family tradition. 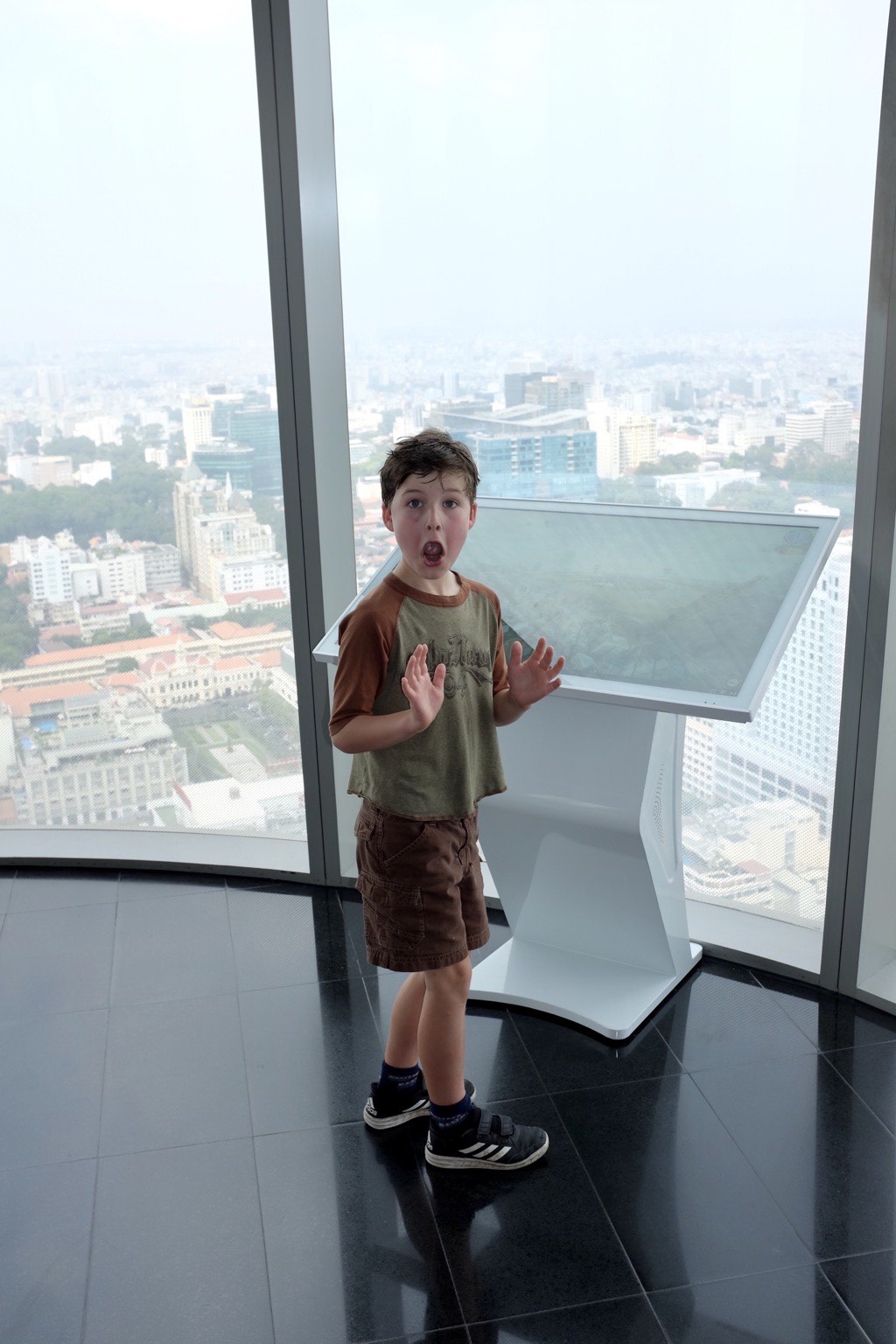 Alex isn’t keen on heights and spends most of the visit glued to the inside wall! 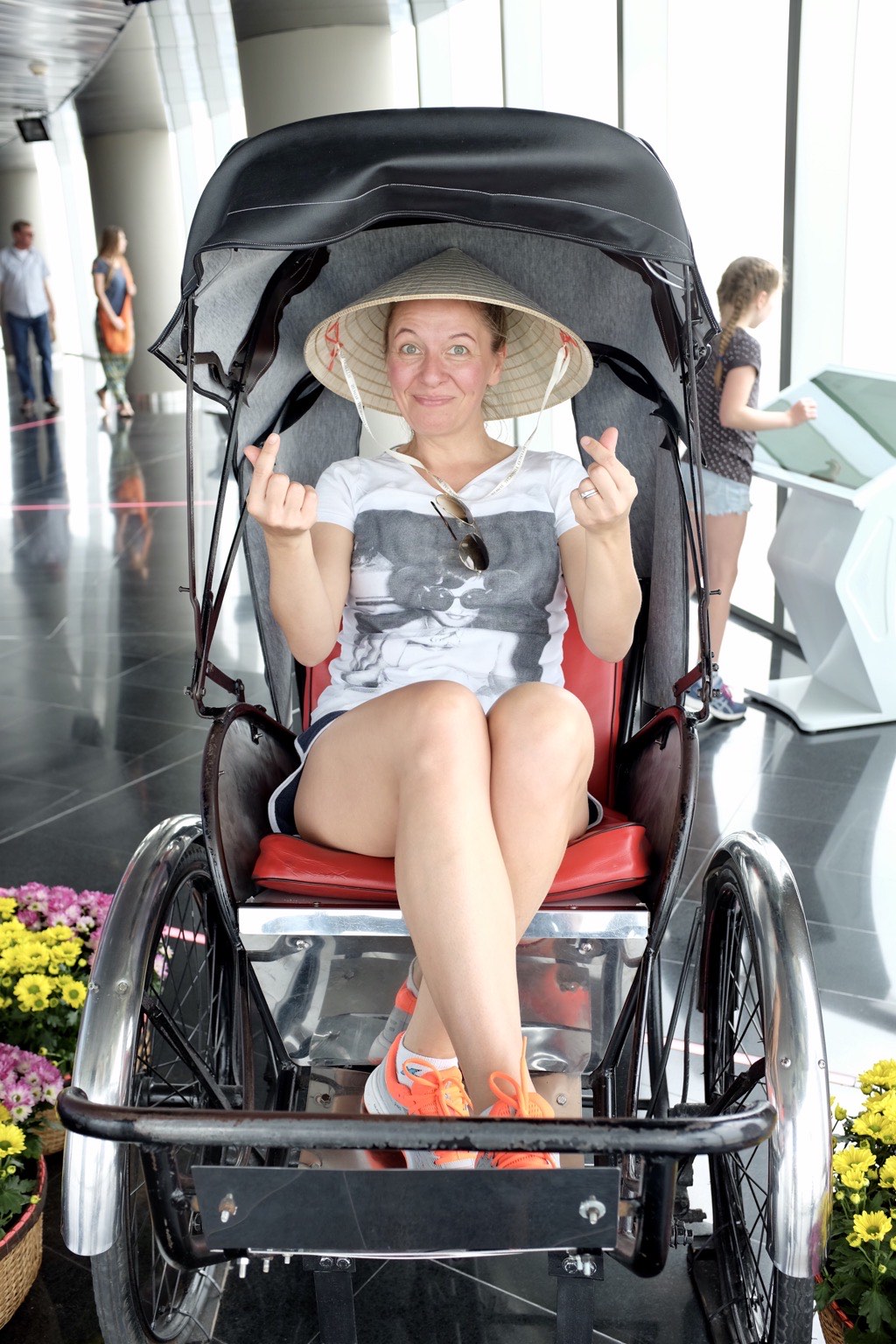 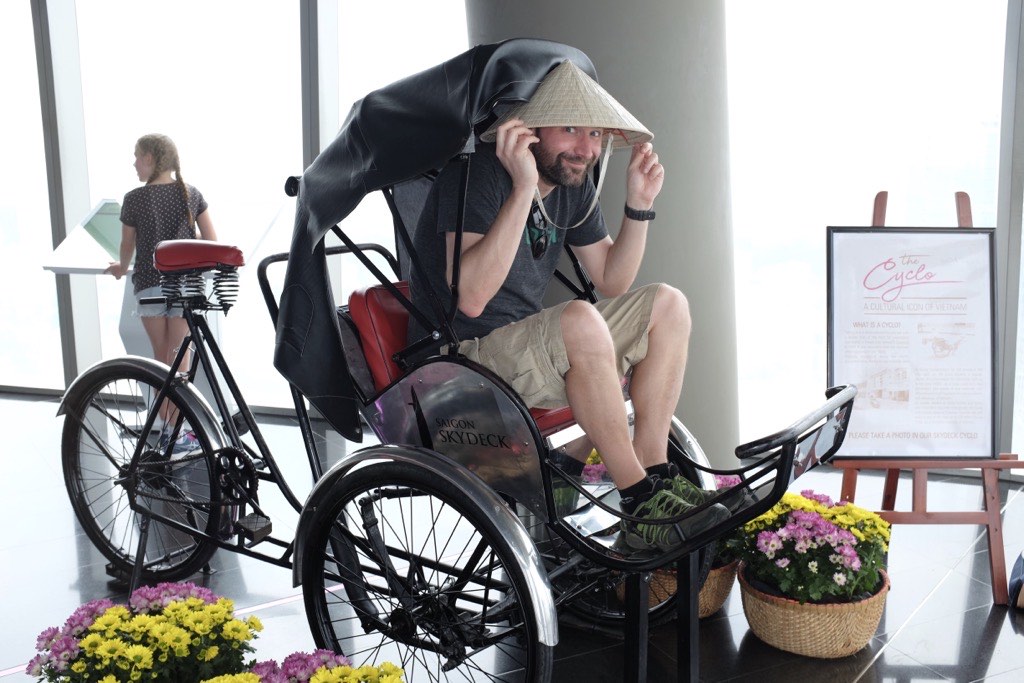 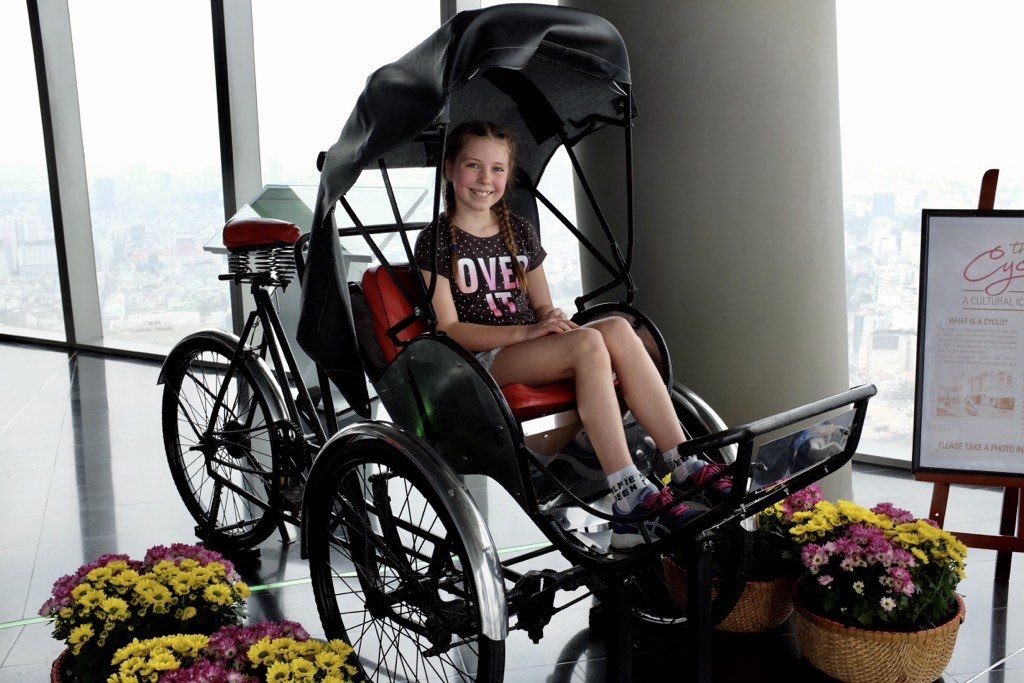 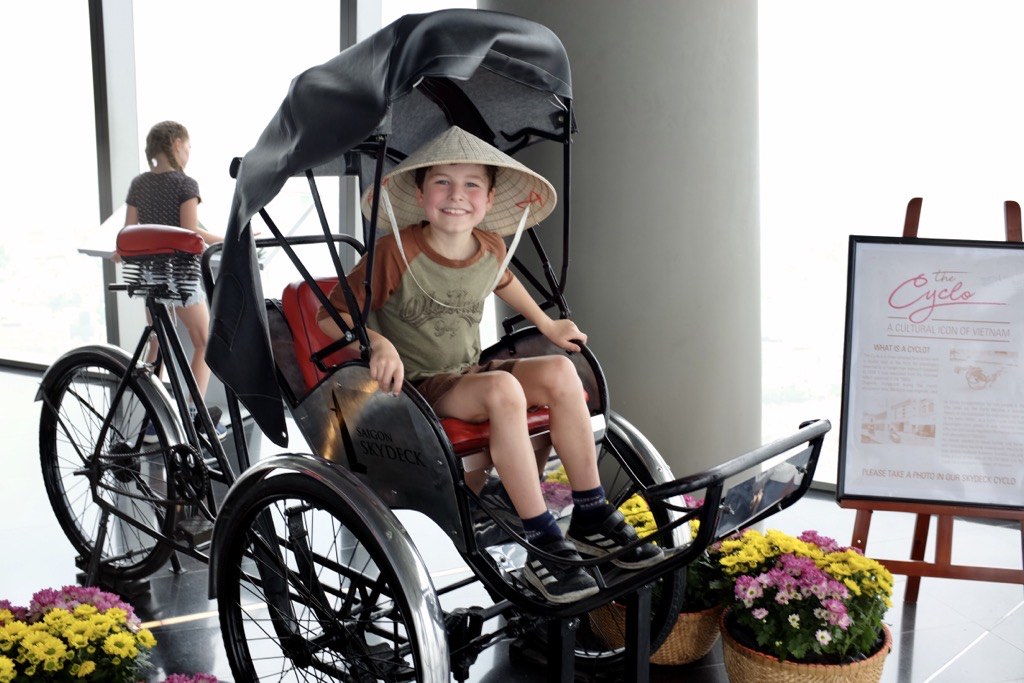 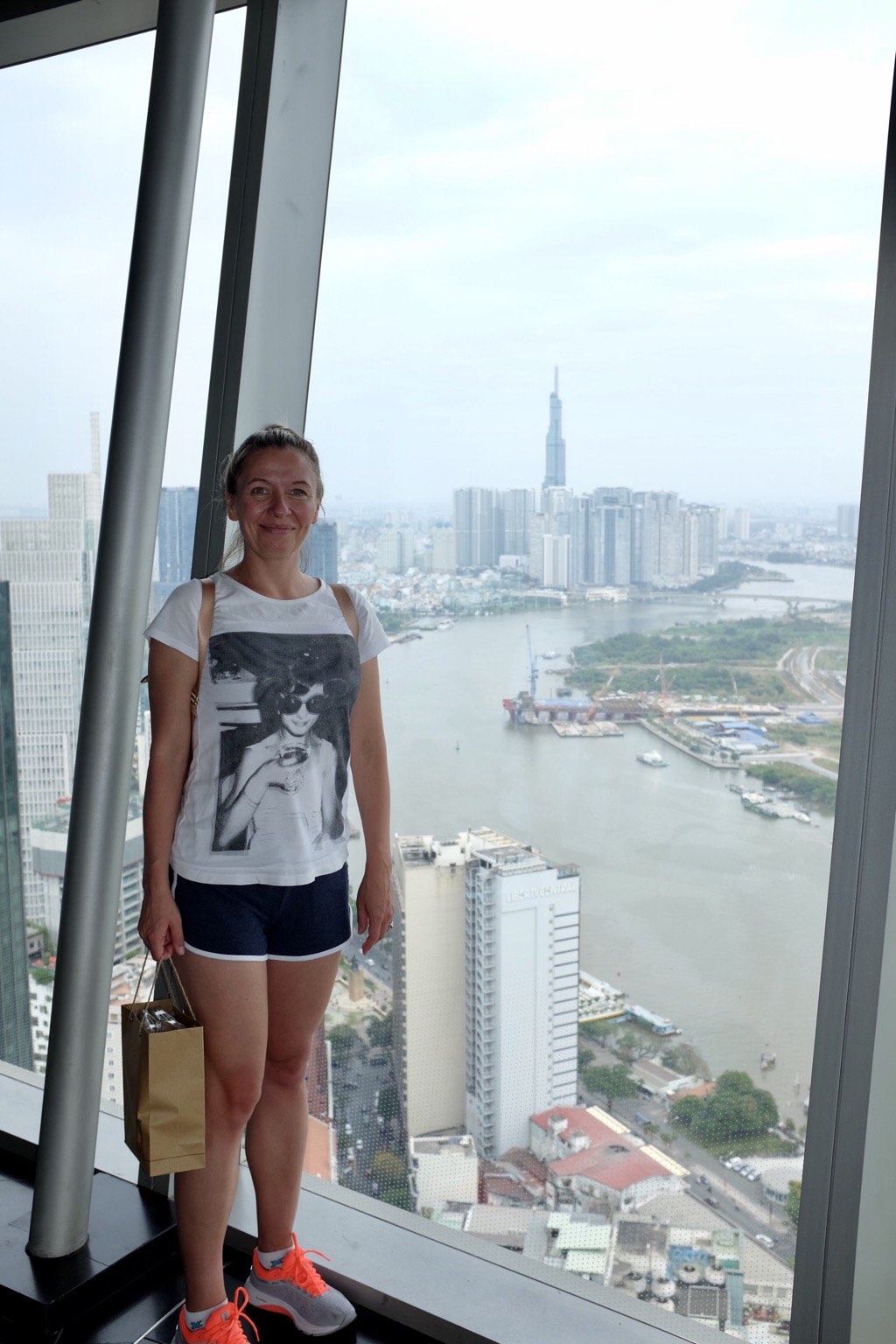 We enjoy looking at the city and taking photos in the Rickshaw before we head upstairs to the cafe for lunch. 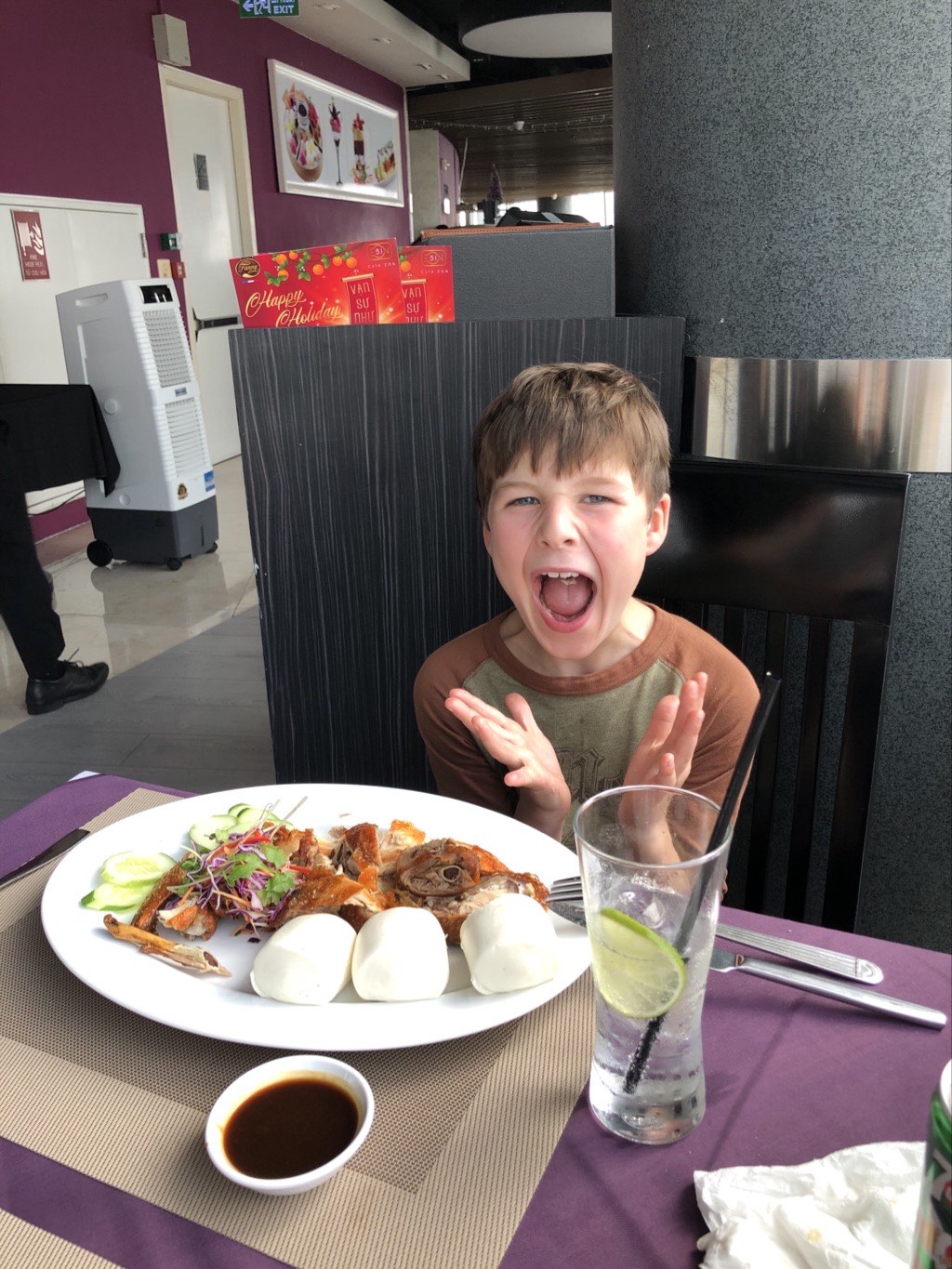 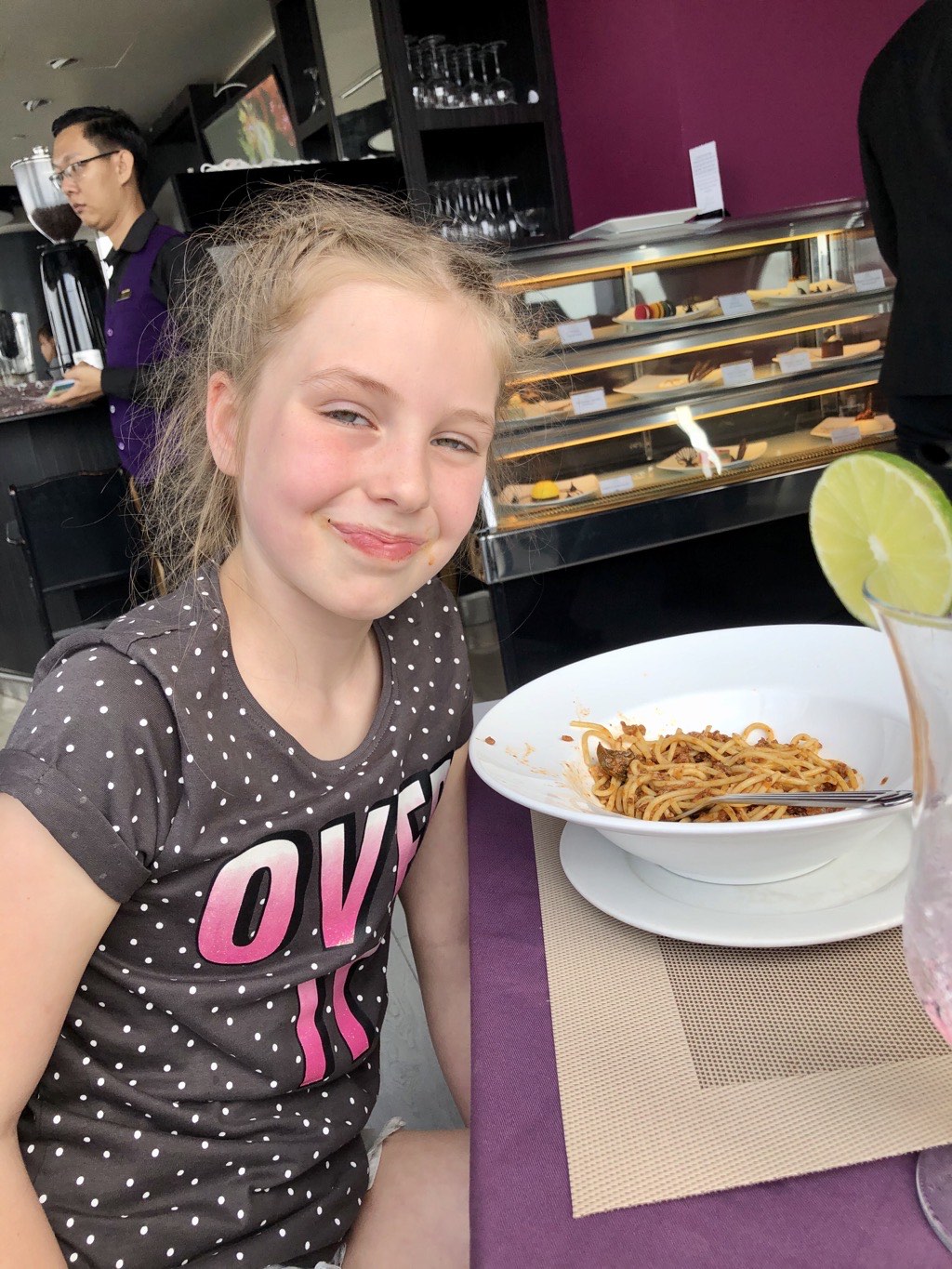 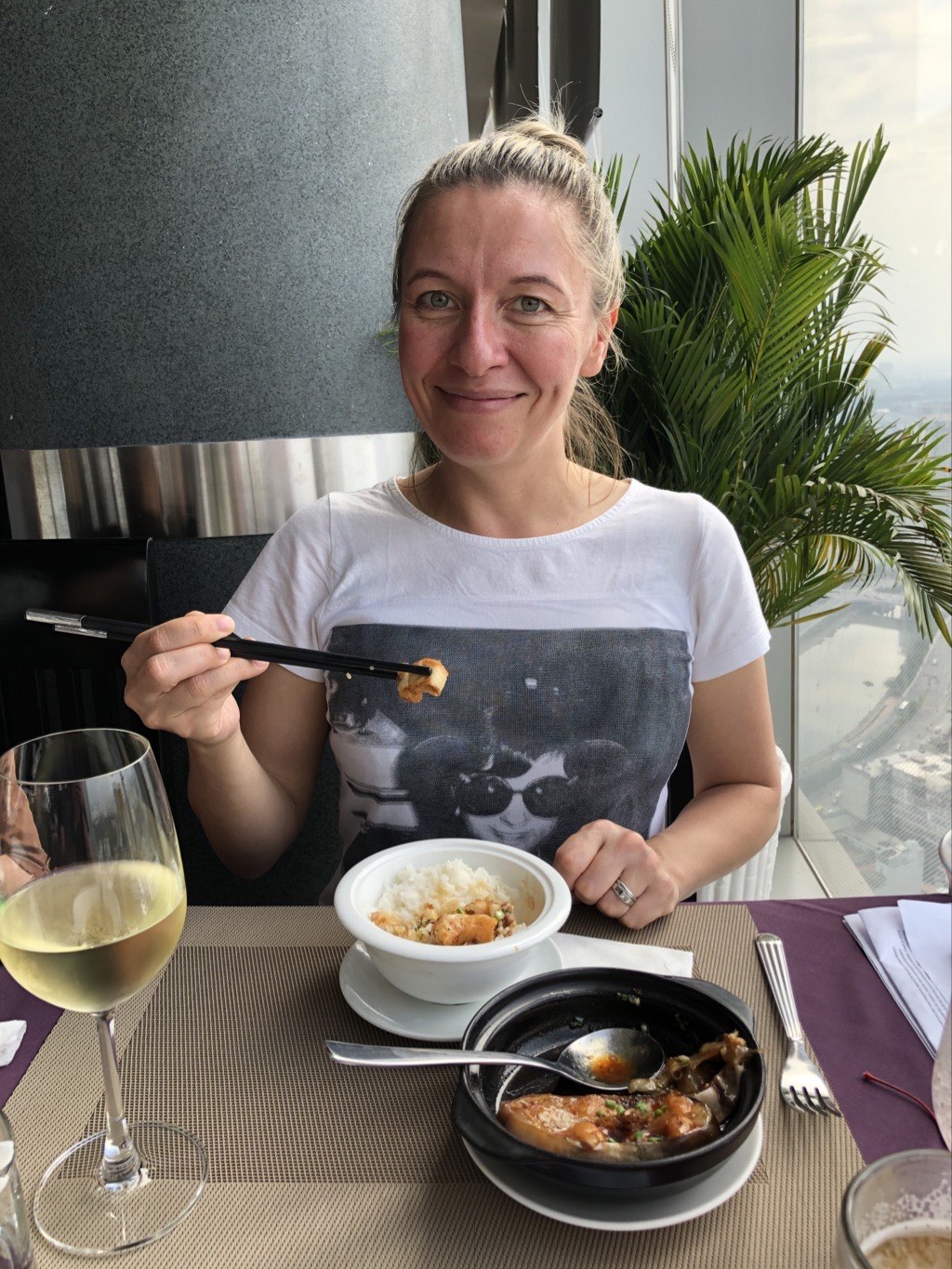 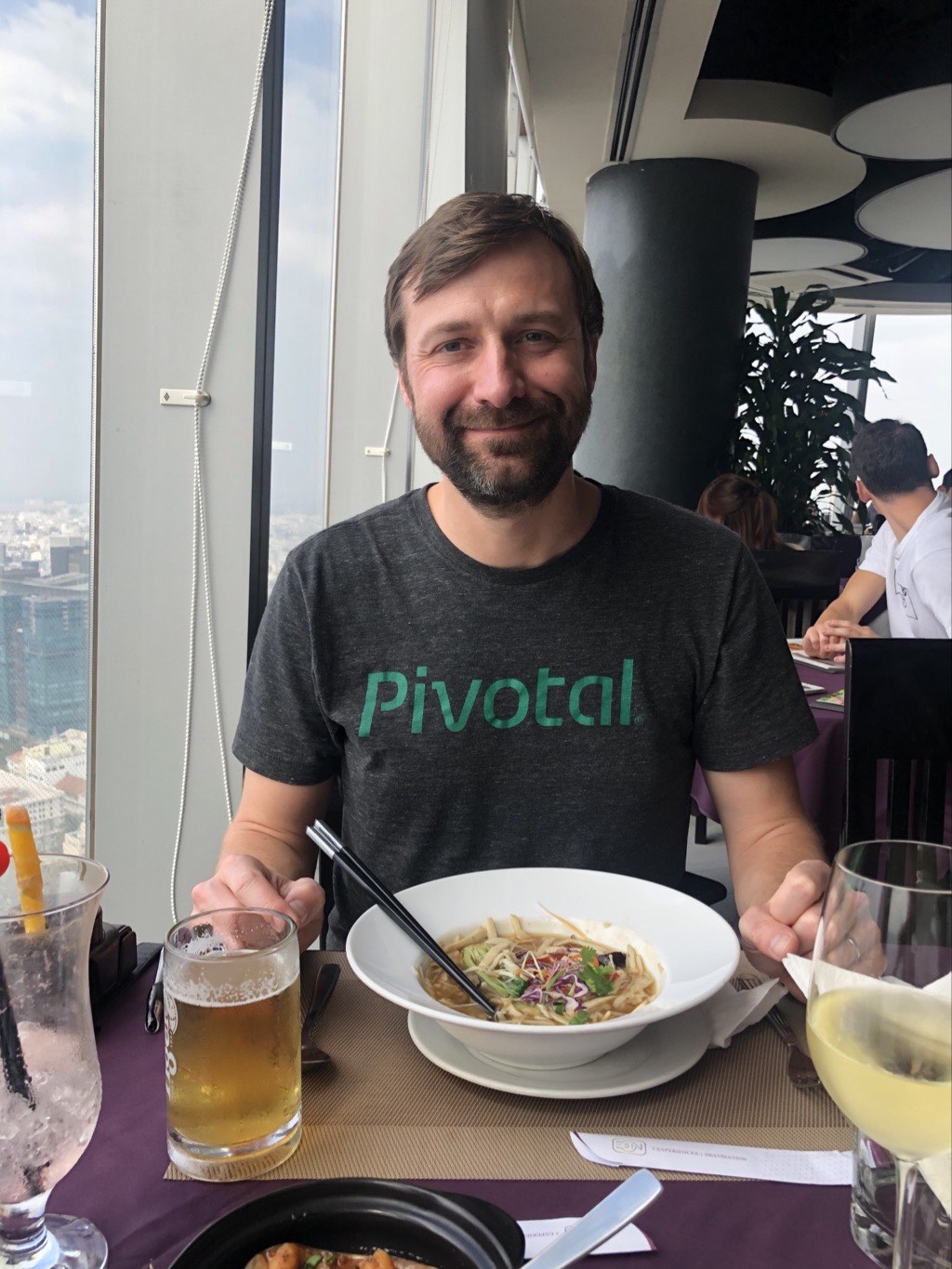 Alex orders himself half a roast chicken which was rather ambitious and Bella went for her favourite, Spag Bol.

The restaurant is rather more expensive than any other restaurant we’ve been to during our whole stay in Vietnam but it’s nice to treat ourselves with the view. 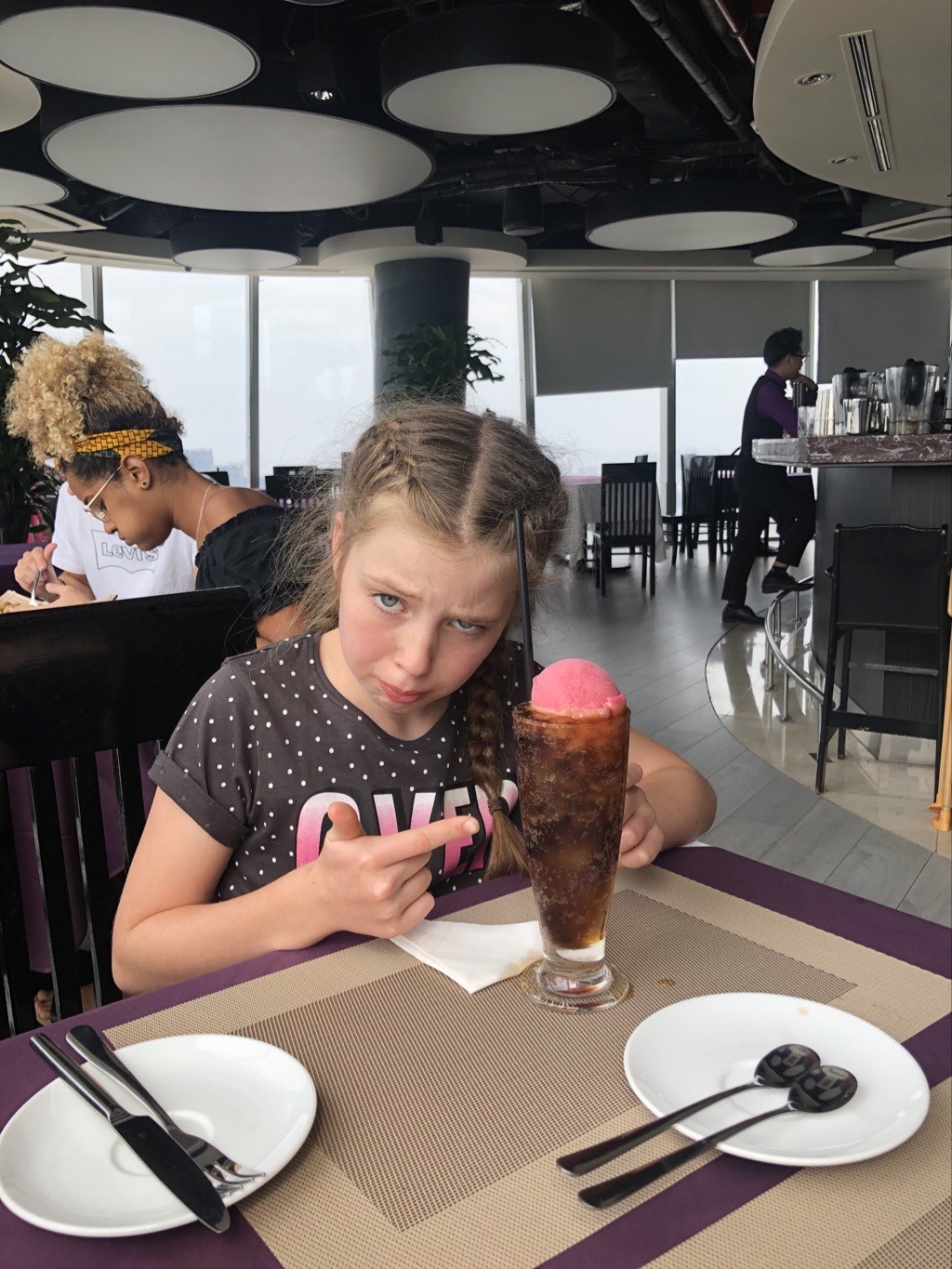 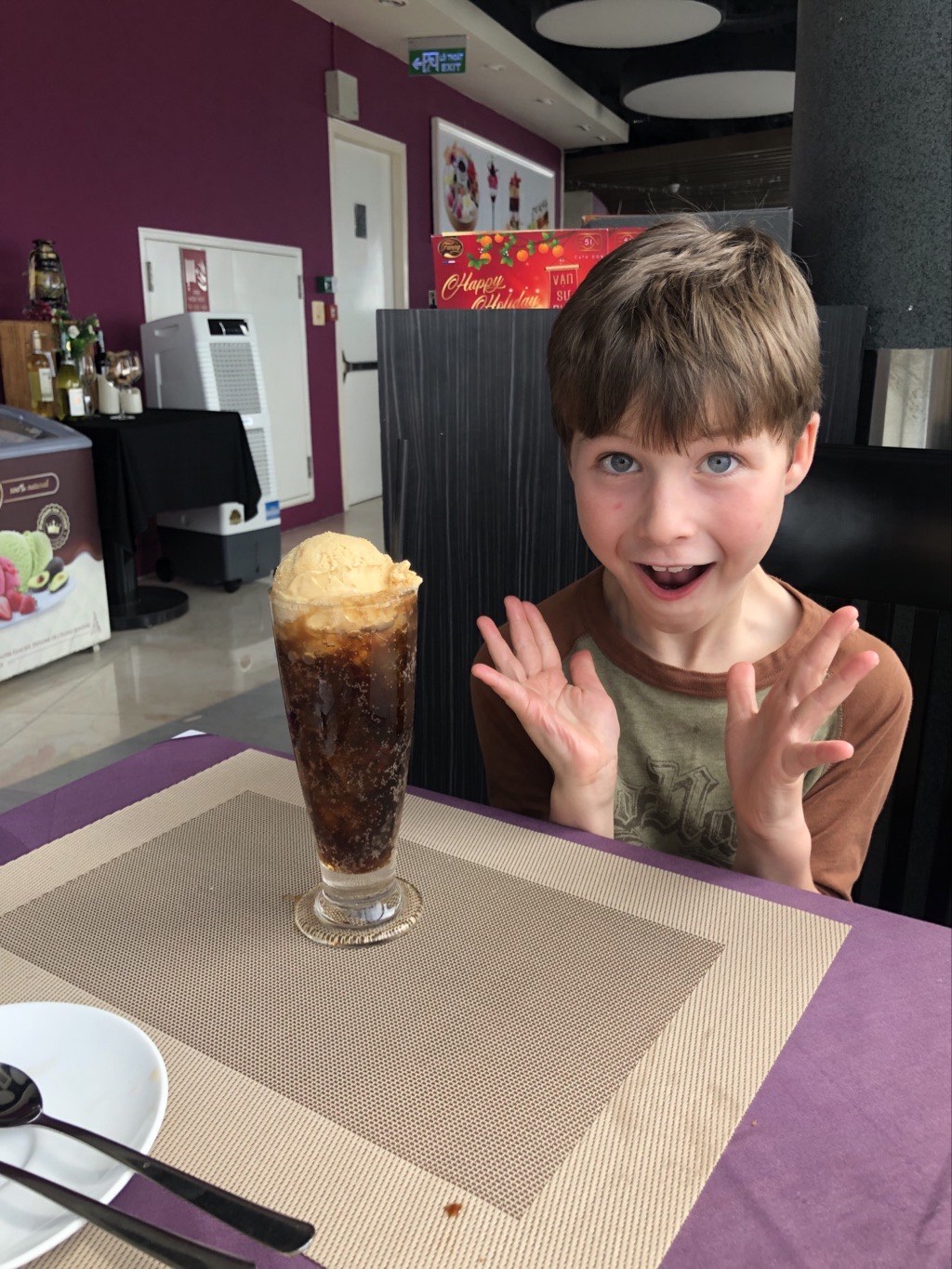 Coca Cola floats are on the desert menu and we allow the children to have them as a special treat. They aren’t normally allowed coke and only time will tell whether it was a good idea to let them have it before 13 hours of flying.

After lunch we walk back to the hotel and take a taxi to the airport for the first leg of our journey home to Hanoi.

The flight goes smoothly but we’re all feeling pretty tired by the time we’ve disembarked, changed terminals and gone back through security. At least our bags are going straight through to London.